The warning comes over the possibility of a period of high inflation caused by the ECB’s unwillingness to raise interest rates as national debts surge. Peter Praet, the ECB’s top economist from 2011 to 2019 told Politico the financial measures he helped introduce during his time at the top EU bank could make a worrying comeback.

Member states have agreed on an unprecedented borrowing package to overcome the economic effects of the coronavirus pandemic.

As inflation picks up thanks to the various stimulus packages issued by governments across the world and an increase in spending among consumers, the ECB is under pressure to rain interest rates which in turn could damage member states with the highest debts.

The mounting debt could be lethal for some countries like Italy and Greece, where the debt-to-GDP ratio has topped respectively 150 percent and over 200 percent.

The top bank has promised to keep interest rates around zero and massive bond buys to help member states borrow as much as possible at low costs. 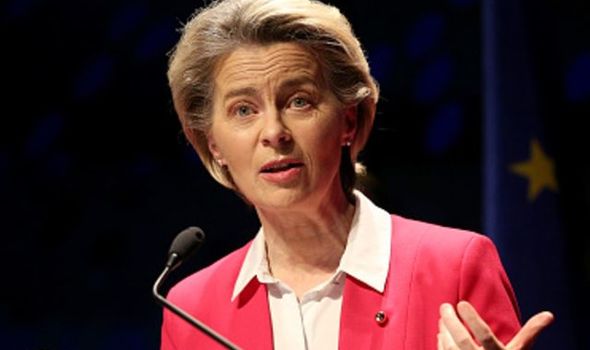 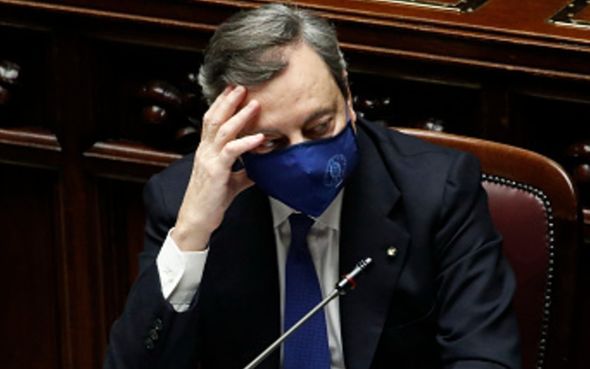 But skyrocketing debts may make it difficult for the central bank to focus on its mandate of ensuring price stability.

He said: “The ECB will tolerate inflation if it comes.

“The collateral damage of tightening policy would be severe, and nobody wants to go there.”

He added: “A reduction of purchases and tighter monetary policy would leave governments struggling, and over time might force some member states into insolvency.

“That will take us back to question whether what we have built can withstand these pressures.”

Otmar Issing, who was the ECB’s first chief economist from 1998 until 2006, hopes that the central bank will not rush into ever more aggressive easing measure as it did in this past March, when it pushed the panic button and decided to boost bond purchases on worries that a mere 0.2 percentage point increase in government debt interest rates could stifle the recovery.

He warned: “When they react to such a mild increase of interest rates, it’s going to be more and more difficult to escape from the trap of fiscal dominance.”

The 27 EU nations made an unprecedented agreement last year to jointly borrow 750 billion euros for a fund to help fight the economic slump caused by COVID-19 and address the challenges of climate change. 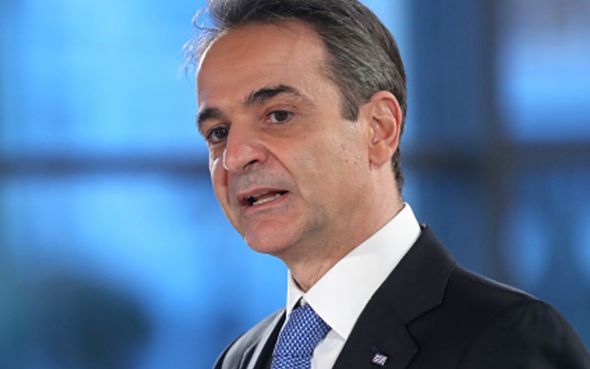 To overcome the opposition of the EU’s frugal northern states, who have long opposed joint borrowing for fear of financing less strict fiscal policy in the south, the scheme was clearly described as an extraordinary, one-off measure.

But the European Union’s huge post-pandemic recovery fund could become a more permanent feature if it is successful in firing up growth and fostering a greener and more digital economy, the European Commission’s top economic officials said last week.

Many economists see the recovery fund as a foot in the door for more regular joint debt issuance by the AAA-rated EU in future – and top Commission officials echoed this view before the European Parliament’s economic and monetary affairs committee.

Commission Vice President Valdis Dombrovskis said: “The more successful we are in the implementation of this facility the more scope there will be for discussions on having a permanent instrument, probably of a similar nature.”

The borrowing, to be done by the executive Commission in the name of all EU countries, is to be repaid over 30 years from new taxes called new own resources. These have yet to be agreed but could include levies on the digital economy, on CO2 emissions or on imports of goods made using dirty technologies.

European Economic Commissioner Paolo Gentiloni told the same committee: “It will have permanent consequences on financial markets because we have this European-denominated debt to be repaid in the next 30 years.

“On the future – if this instrument works and we are able to agree on the new own resources to repay this common debt, I think we can have a serious discussion on further initiatives.

“But what is crucial for these further initiatives, is to make this one work and be repaid with new own resources.”

For the Commission to start borrowing the money on markets, all EU national parliaments must ratify a decision to increase national guarantees to repay it, in case the new taxes fail to materialise. Eight have yet to do so.