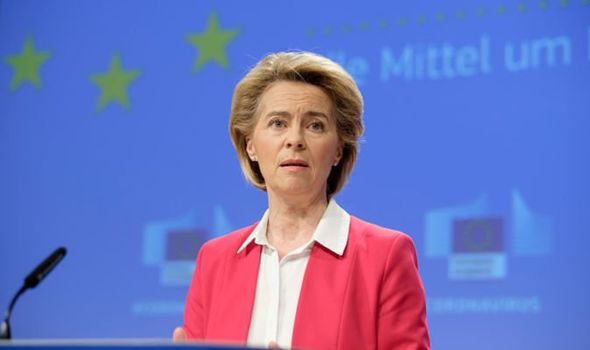 France’s finance minister has told Brussels to mobilise all of its existing crisis measures to tackle the COVID-19 outbreak and come up with new joint mechanisms to finance recovery. Bruno Le Maire urged eurozone members to show solidarity with the hardest-hit states. “It is time for us to act together in solidarity to weather this crisis,” Mr Le Maire said in an online press briefing, adding the looming recession would likely be “long and costly”.

Mr Le Maire said the European Stability Mechanism, the bailout fund with 400 billion euros (£352 billion) in firepower, should be made available as a source of financing to countries with only minimal conditions attached.

“These three instruments could be our common European framework to immediately face the economic crisis,” he said.

Before adding: “In addition to the framework, the EU should be reflecting on long-term instruments that would be useful to restart the economy after the crisis… If we want to be efficient, then we clearly need strong coordination.”

In a barely veiled reference to the controversial idea of joint “coronabonds,” the French finance chief warned that “nothing could be worse for Europe than to have a response to the crisis that is embraced by some and rejected by others.”

Last week, EU leaders gave their finance ministers until April 9 to come up with ideas on how to finance the recovery after Germany and the Netherlands shot down a request by France, Italy, Spain and six others countries to issue “recovery bonds” on behalf of all eurozone countries. 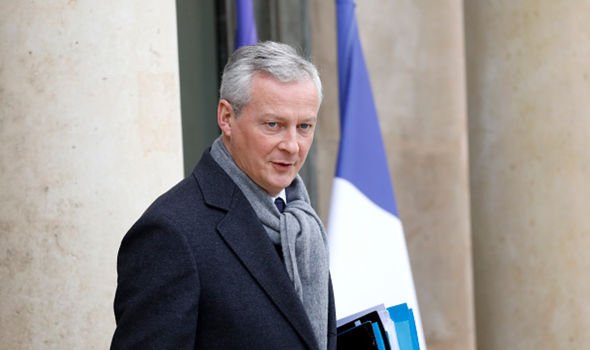 The so-called “coronabonds” would help fund efforts to rebuild national economies that are expected to fall deep into recession because of the health crisis.

But conservative leaders in wealthy northern states such as Germany, the Netherlands and Austria have so far rejected the idea of issuing bonds with highly indebted nations, namely Italy, the country worst-affected by the virus in Europe.

Mr Le Maire also floated the idea of a temporary joint fund with a lifespan of five to 10 years to help finance and coordinate the economic stimulus after the crisis.

The fund would be financed by issuing bonds benefiting from a guarantee from all EU member states and operated by the European Commission, he said, though he declined to say how big the fund should be.

Countries could tap into the fund depending on how much economic damage they suffered during the pandemic.

EU Commission chief Ursula von der Leyen, for her part, said in a letter published in Italy’s La Repubblica daily that the bloc’s executive would make sure that “every euro still available in the EU’s annual budget” is spent on tackling the crisis.

The novel coronavirus had infected more than 1 million people across the globe and killed over 53,000 since it first emerged in the central Chinese city of Wuhan late last year.