Brussels has been dogged by Covid vaccine rows and humiliated over the painfully slow rollout of jabs, subsequently coming under pressure from EU member states who quickly found themselves lagging behind other countries, including the UK. Last month, vaccine maker AstraZeneca cut its planned deliveries in the first quarter of the year to the bloc to 31million, and later lifted it to 40million after intense pressure from the EU. Brussels officials had initially been told by the drugmaker that only 80 million doses would be available by the end of March, an EU document seen by Reuters revealed.

AstraZeneca and the EU said Brussels was then informed at the end of last month of the new reduction in supplies.

The firm subsequently began deliveries of vaccines to the EU after its vaccine was approved by the EU drugs regulator.

The EU’s massive €750 billion coronavirus reconstruction fund is also dragging its heels, enraging member states desperate for aid to help their battered economies bounce back from the huge damage inflicted by the pandemic.

Countries must present their spending plans to the European Commission by the end of April, at which time Brussels will evaluate them. 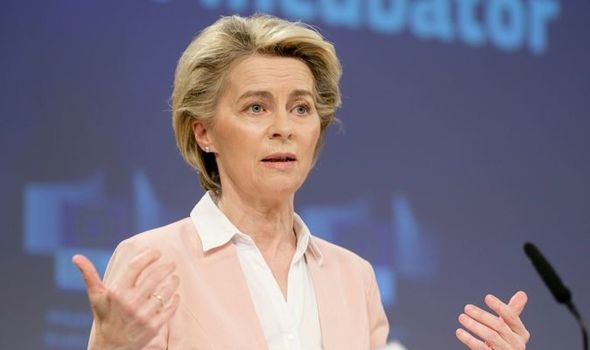 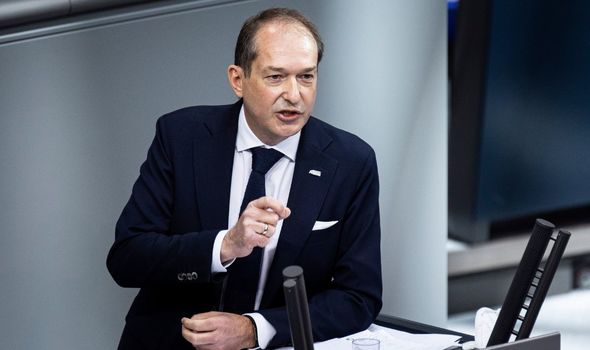 But payments won’t be made until the summer at the earliest, and that is dependent on Brussels giving the go-ahead to the large sums being handed out.

Now the Christian Social Union (CSU) party in Germany, led by Markus Söder, has launched a furious attack against the EU over both issues.

CSU regional group leader Alexander Dobrindt told German newspaper Bild: “If vaccines are ordered too late, aid is not paid out and national measures are blocked, the EU itself undermines trust in the ability of its institutions to act.”

And in a possible jibe at the European Commission President, he added: “If Brussels acts as a slow tanker, the federal government has to act.” 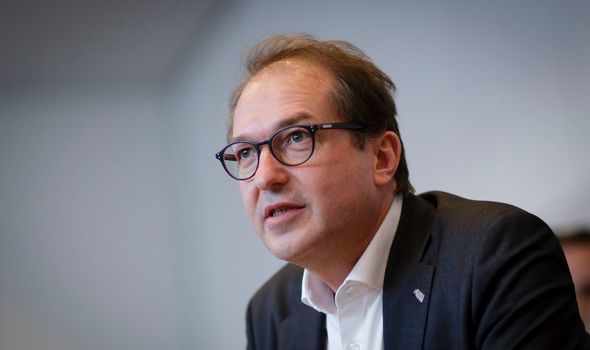 The latest row erupted after it was revealed last week the EU agreed to pay €870million for its supply of 300million doses of AstraZeneca’s Covid vaccine and to receive them by June, the contract published on Friday by Italy’s RAI television showed.

Under the confidential contract, only some of which was disclosed, Brussels has agreed to pay €2.90 per dose.

It comes after the European Commission President was forced to apologise for the vaccine failures in the EU. 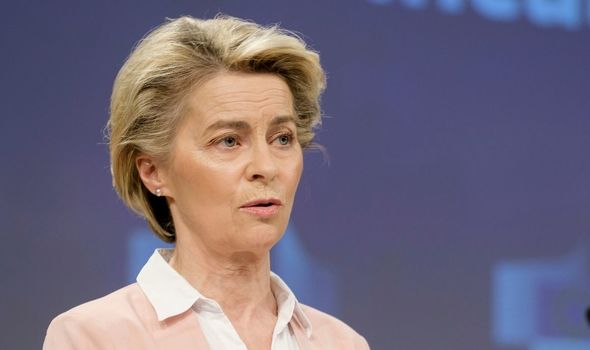 The Commission president told the European Parliament: “We were late to authorise.

“We were too optimistic when it came to massive production, and perhaps too confident that what we ordered would actually be delivered on time.”

But she said a joint response was still the best course of action.

She said: “I can’t even imagine if a few big players had rushed to it and the others went empty-handed. 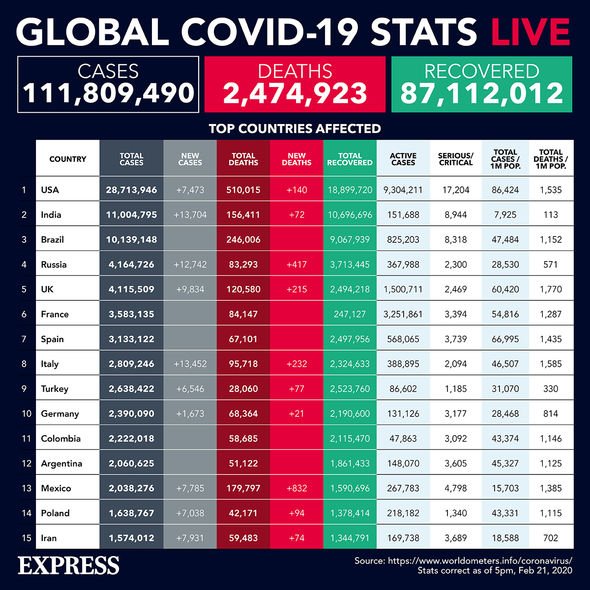 Earlier, the European Commission President said a country could act like “a speedboat” with its vaccine rollout, while the “EU is more like a tanker”.