Italy’s Prime Minister Giuseppe Conte said that if the EU refuses to fund an unprecedented bailout for his nation, among other countries, then the single European market could be at risk. Speaking alongside Spanish Prime Minister Pedro Sanchez, Mr Conte said that Rome and Madrid would step up their demands for a costly bailout fund. He sent a terrifying message to Brussels at the press conference, saying that a weak response to the pandemic fallout “would destroy the single market”.

Spain and Italy have both been the worst hit countries in the EU from the coronaivurs pandemic and the subsequent economic crisis.

They would both be the largest recipients of the €750billion fund proposed by French President Emmanuel Macron and German Chancellor Angela Merkel.

Mr Sanchez demanded a prompt response from the European Union to implement measures, such as the European Recovery Fund, to help the two countries recover from the crisis caused by the pandemic. 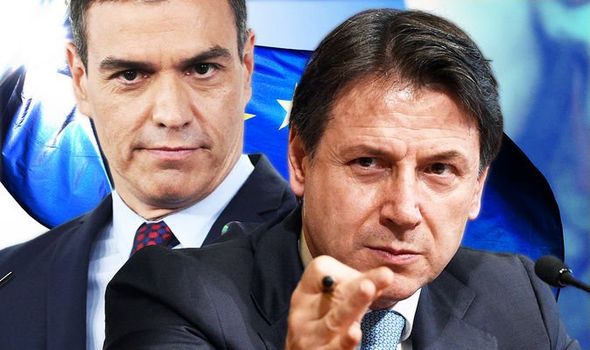 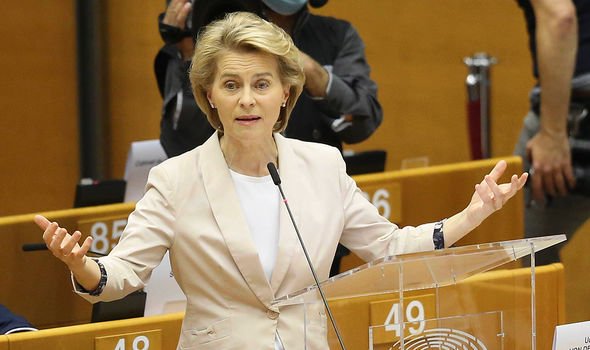 Mr Conte warned of severe repercussions if the bloc’s response to the economic fallouts of the COVID-19 epidemic was not “strong and coordinated”.

He added: “We must be bold. The single market is in danger, it can be destroyed without a coordinated response by the EU as a whole.

“If we do not meet the challenge, we’ll be judged negatively by history.”

Mr Conte and Mr Sánchez will both be visiting the Netherlands and Germany over the coming week. 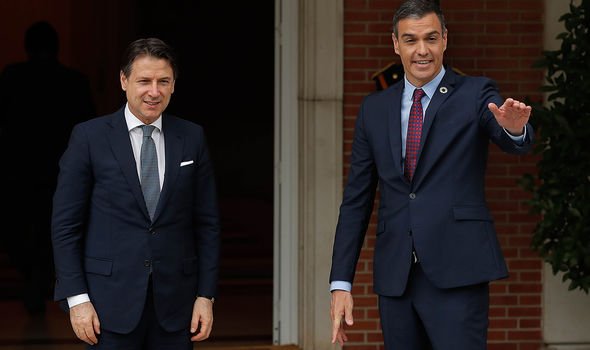 The Spanish leader is also planning a stop in Sweden while Mr Conte recently visited Portugal.

The Spanish and Italian PMs hope to arrive at the July 17 – 18 summit in Brussels with a strong backing for their bailout plan, amid resistance from the so-called ‘Frugal Four’.

Austria, the Netherlands, Sweden and Denmark all oppose the idea of the €750billion fund, of which €500billion would be non-recoverable grants. 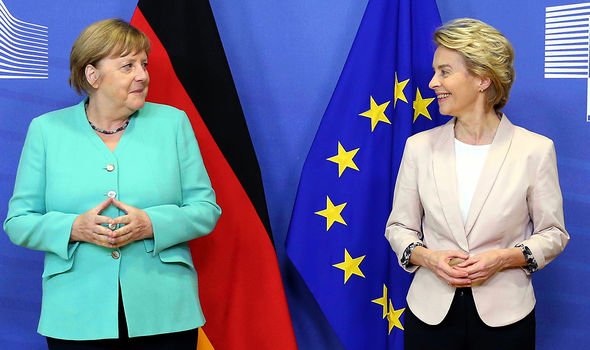 Italian Prime Minister Conte said that Italy and Spain will work together to recover from the consequences of the pandemic.

He said “the tragic experience of the coronavirus has brought our countries even closer together and reinforced our conviction that we must work together, in the same spirit, to ensure a renaissance of our societies and economies”.

In Brussels, German Chancellor Angela Merkel laid out her priorities for Germany’s EU Council Presidency before MEPs on Wednesday.

She called for a “willingness to compromise” among MEPs.