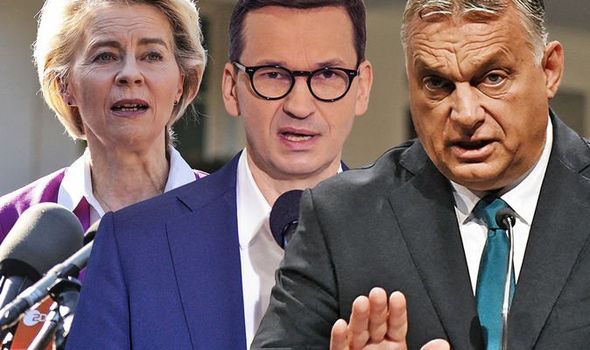 Brussels is expecting to send letters to both over the coming days to demand a response to reports that funds provided by the bloc could have been subjected to corruption or fraud, according to a report by Bloomberg, officials familiar with the discussions. This would be the first step in a new process that could potentially see billions of euros withheld from member states accused of rule-of-law violations.

Officials close to the matter have claimed the EU’s executive arm has already prepared the letters to be sent to Poland and Hungary, which contain specific examples of alleged wrongdoing.

The letters will be sent to Budapest and Warsaw once they are given the green light by European Commission President Ursula von der Leyen.

Poland and Hungary will be given eight weeks to respond to the letters, according to the officials.

But if these replies are not deemed satisfactory, the EU executive could push other member states to help it press ahead with the second stage of the procedure, which would be to approve the sending of formal letters of notification.