Leaked emails revealed the European Union’s foreign affairs arm delayed publication of the assessment because of “heavy pushback” from Beijing. Sources have claimed the External Action Service even deleted and rewrote swathes of the report after receiving threats from the super power. During the rewrite, officials removed allegations described as “key findings” and softened evidence that the Chinese state was involved in pushing fake news.

“China has continued to run a global disinformation campaign to deflect blame for the outbreak of the pandemic and improve its international image,” one deleted passage said.

“Both overt and covert tactics have been observed.”

The initial report said China had accused France of responding slowly to the coronavirus pandemic and pushing claims that French politicians had used racist slurs against Tedros Adhanom Ghebreyesus, the Ethiopian head of the World Health Organisation.

It said: “The Chinese embassy in France criticised France’s response to the virus. 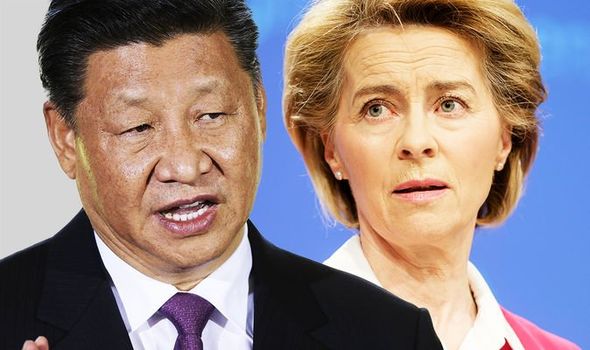 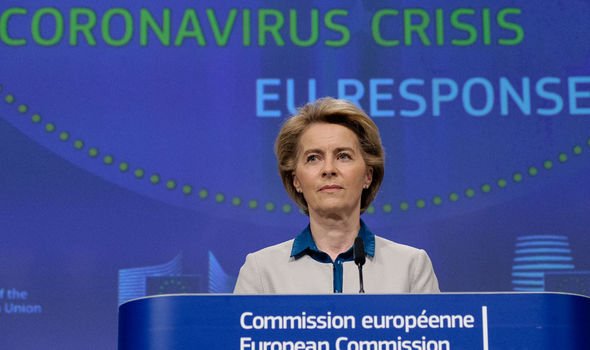 “One of the posts included made-up allegations that French parliamentarians, together with Taiwanese officials, used racist slurs against World Health Organisation director Tedros.”

Reference to the incident was removed from the report despite French foreign minister Jean-Yves Le Drian registering a formal complaint over the fake allegations with Chinese ambassador Lu Shaye.

An analysis into the report found a described “continued and co-ordinated push by official Chinese sources to deflect any blame for the outbreak of the pandemic” was watered down with a reference to “some actors, including Chinese sources”.

It also described a network of “bots” in Serbia pushing content praising China’s response to the coronavirus crisis. 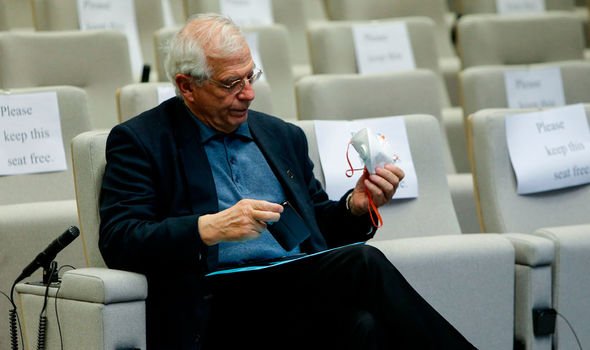 At least two high-level approaches from Chinese officials are said to have been made to Brussels after sections of the initial report were leaked.

European Commission officials briefed that the reports were inaccurate and even guilty of being fake news themselves.

But mails leaked to the New York Times revealed that Ester Osorio, adviser to Josep Borrell, the EU’s top diplomat, asked the bloc to tone down its report. 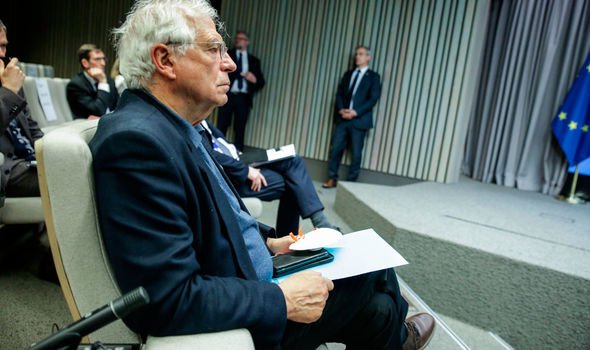 “Lutz Guellner, a senior EEAS official, told colleagues “the Chinese are already threatening with reactions if the report comes out”.

Another insider said it was “self-censoring to appear the Chinese Communist Party”.

Colleague Bart Groothuis, who sits on the EU Parliament’s security and defence committee, said: “What we’re calling for is an explanation as to what happened and some openness.

“If China has been pressuring EU analysts it should be made very clear that it should never have happened and is intolerable and will never happen again.”

The Commission insists no revisions were made due to diplomatic pressure an the report was not delayed.