Europe’s coronavirus death toll jumped above 30,000 and the EU’s economy has been severely hit by the crisis. However, European leaders have been squabbling over a push by Italy, Spain, Portugal and France to issue joint “coronabonds” to help finance an economic stimulus and weather the crisis. “It is clear that the European Union is an egoistic coalition,” Mr Mélenchon, a member of the French parliament and president of the leftist France Unbowed party, told France Info radio.

“Today, Europe does not exist; it is playing no role in this health crisis.

“The bloc is irrelevant and should be left to sleep in a corner.”

His harsh remarks were echoed by European Commission chief Ursula von der Leyen, who today called for more solidarity at the EU level to fight the coronavirus pandemic and warned differences between the bloc’s 27 member states were putting everyone at risk.

In a letter published in Italian daily La Repubblica, Ms von der Leyen said too many European countries had focused on their own problems in the first days of the health crisis, which “was harmful and could have been avoided”.

“Only solidarity will allow us to emerge from this crisis,” she continued. “The distance between European nations puts everyone at risk.”

She added the EU executive would allocate up to 100 billion euros (£87.9 billion) to the hardest hit countries, starting with Italy, to make up for reduction in wages and save jobs.

The bloc’s divisions were exposed last week after leaders clashed over how to minimise the economic damage from the coronavirus outbreak, with the poorer south angered by the reluctance of the richer north to offer more support. 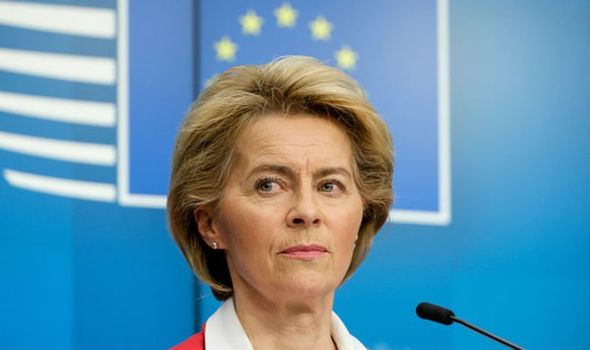 Tensions rose after Germany and the Netherlands rejected a push by Italy, Spain, Portugal and France to issue joint so-called “coronabonds” to help finance an economic stimulus.

The frugal northern economies said their big-spending southern neighbours could exploit the crisis to push for a pooling of eurozone government debts.

Mr Mélenchon, for his part, slammed their refusal to issue the bonds as “unreasonable” and “petty”.

The union’s richer northern economies “cannot maintain their neo-liberal dogmas when the bloc is in full crisis,” he said.

France on Wednesday reported its highest single-day death toll from Covid-19 – the respiratory illness associated with the virus –, though there were signs that the epidemic could be peaking in Europe.

Italy’s death toll, the highest in the world, climbed past 13,000; while in Spain deaths passed 9,000. The rate of new cases, however, continued to slow, offering the struggling states a glimmer of hope.

More than 900,000 people have been infected by the novel coronavirus and nearly 46,000 have died since it first emerged in the central Chinese city of Wuhan late last year, according to an AFP tally.