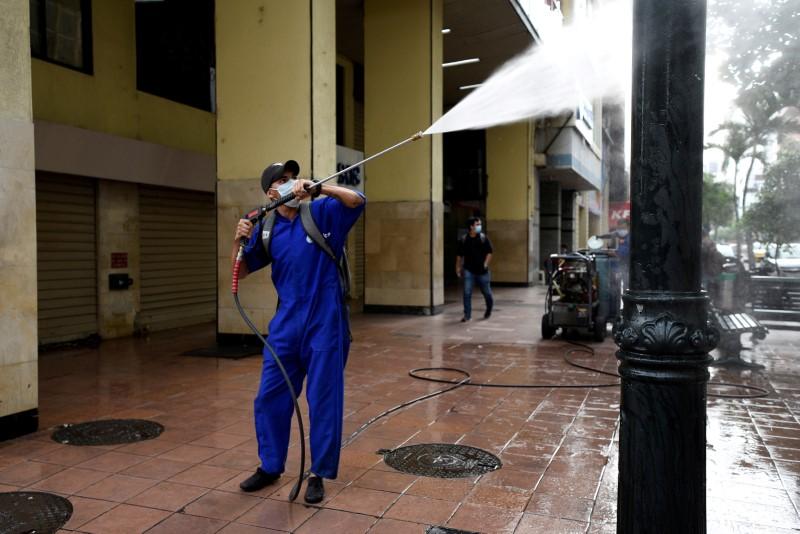 GUAYAQUIL, Ecuador/QUITO (Reuters) – The European Union on Thursday asked Ecuador to guarantee access to its airports to ensure it can airlift citizens out of the South American nation, following an unusual incident in which a city mayor sent trucks to block a runway.

Vehicles from the municipality of Guayaquil on Wednesday afternoon were sent to fill a runway of the city’s international airport to prevent the landing of an Iberia flight that had planned to evacuate 190 travelers.

Guayaquil Mayor Cynthia Viteri had said the move was meant to “defend the city of Guayaquil,” which has the country’s largest concentration of coronavirus cases. Viteri said on Thursday that she had tested positive for the virus.

An EU statement asked Ecuador to “provide guarantees of security in the use of the airports of Quito and Guayaquil for the arrival of empty flights … and the exit of European citizens.”

Ecuador as of Thursday had 260 coronavirus cases and four deaths, according to official figures.

Ecuador’s government on Thursday said it could take legal action against the municipality. Alexandra Ocles, the director of the country’s risk management service, called Guayaquil’s move a violation of civil aviation norms.

“It is a regrettable event because it puts the country in a complex situation, especially with the good relations Ecuador has with European countries,” Ocles told reporters, describing the Iberia flight as “humanitarian.”

Foreign travelers have been stranded in Ecuador since the country suspended flights on Sunday to contain the coronavirus’ spread. Iberia’s flight was permitted because it arrived with no passengers and only crew members, according to Transportation Minister Gabriel Martinez.