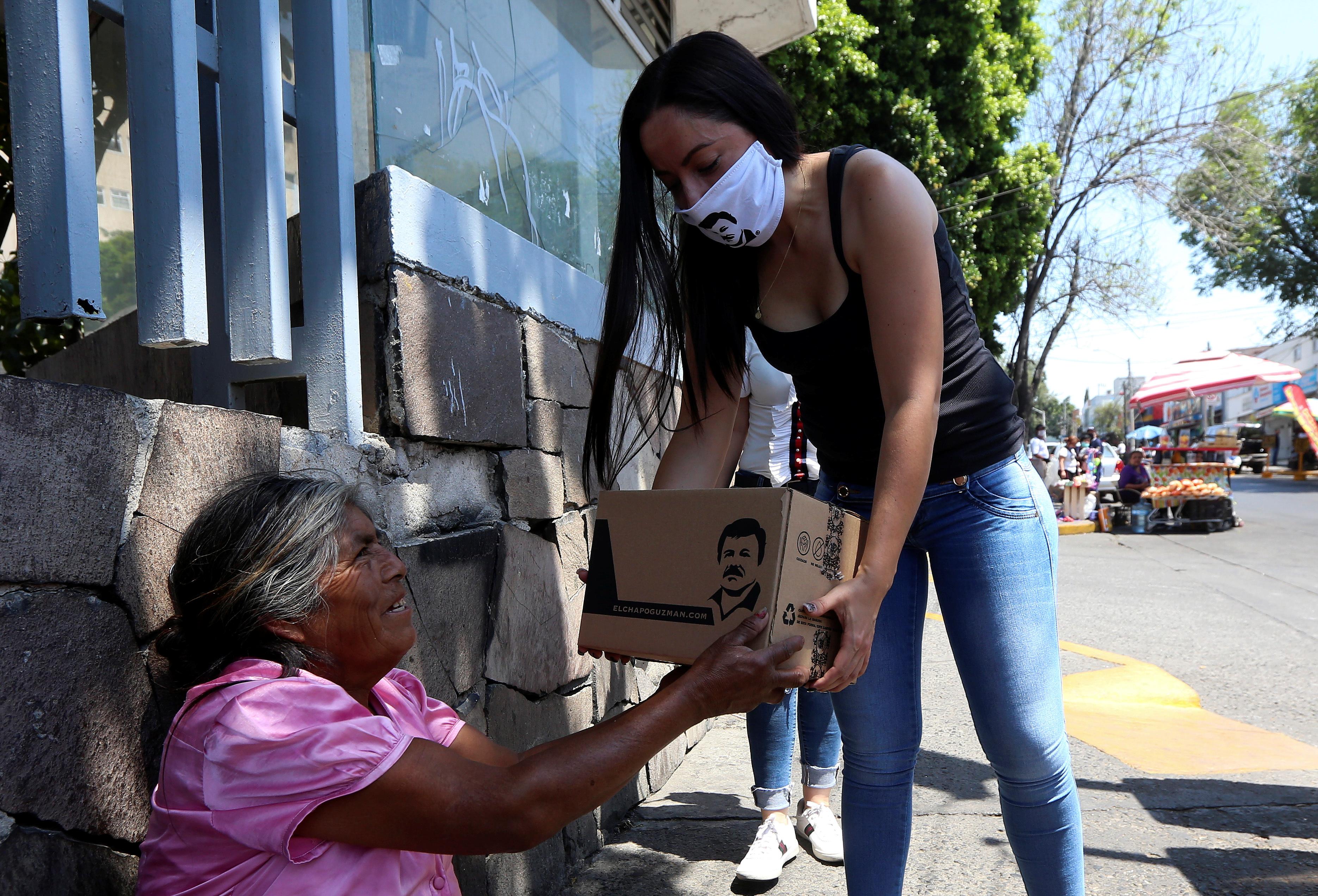 In one video posted on Facebook, Guzman’s daughter, Alejandrina, can be seen stuffing toilet paper and food into a cardboard box bearing slick logos and a designer stencil-style image of her father, the former Sinaloa cartel chief who is now in a maximum security U.S. prison.

The oil, sugar, rice and other items in the boxes, which the video narrator calls “Chapo’s provisions”, were distributed in Mexico’s second largest city, Guadalajara, in western Jalisco state.

Alejandrina’s handout was linked to her company, which legally markets clothing and alcohol associated with her father’s image under the “El Chapo 701” brand.

However, active members of cartels have also been courting publicity, with images and video on social media showing gang members providing succor to local residents.

Famed for brutality, including beheadings and dissolving victims in vats of sulphuric acid, the cartels also have a history of trying to win over hearts and minds of impoverished communities where they operate.

Mexico’s economy has been battered by the coronavirus outbreak and many are struggling to make ends meet as the country heads into its harshest recession in living memory.

A Reuters witness on Thursday visited an “El Chapo 701” warehouse, which was stacked with boxes to be distributed around Guadalajara. Some workers wore medical-style facemasks bearing the El Chapo image.

The “El Chapo 701” brand gets its name from a Forbes listing in 2009 that ranked him the 701st richest person in the world. Forbes estimated his net worth at $1 billion at the time.

“We are working and contributing. A great pleasure to visit your homes and give you these Chapo handouts,” said a post on the company’s Facebook page showing Alejandrina, wearing a black facemask with Chapo’s face, handing out parcels.

“El Chapo” was extradited to the United States in 2017 and found guilty in a U.S. court last year on a host of drug trafficking charges.

Several Mexican cartels have given away branded food boxes in recent days, often ensuring their gunmen are photographed with the aid recipients.

In one video shared on social media, dozens of people can be seen tussling for packages stamped with the logo of the Jalisco New Generation cartel (CJNG). A printed logo on the boxes states: “From your friends, CJNG, COVID-19 contingency support”.

Hooded men in military fatigues can be seen tossing the parcels into a crowd of residents.

Across the country in the eastern state of Tamaulipas, the Gulf Cartel also distributed aid parcels, according to images on social media and the Mxpolitico website.

Reuters has not been able to verify authenticity of all the videos, though analysts say they appear to be genuine.

The Gulf Cartel packages contained rice, beans, oil and tinned food, and were emblazoned with the group’s name and a message stating: “in support of Victoria City”. 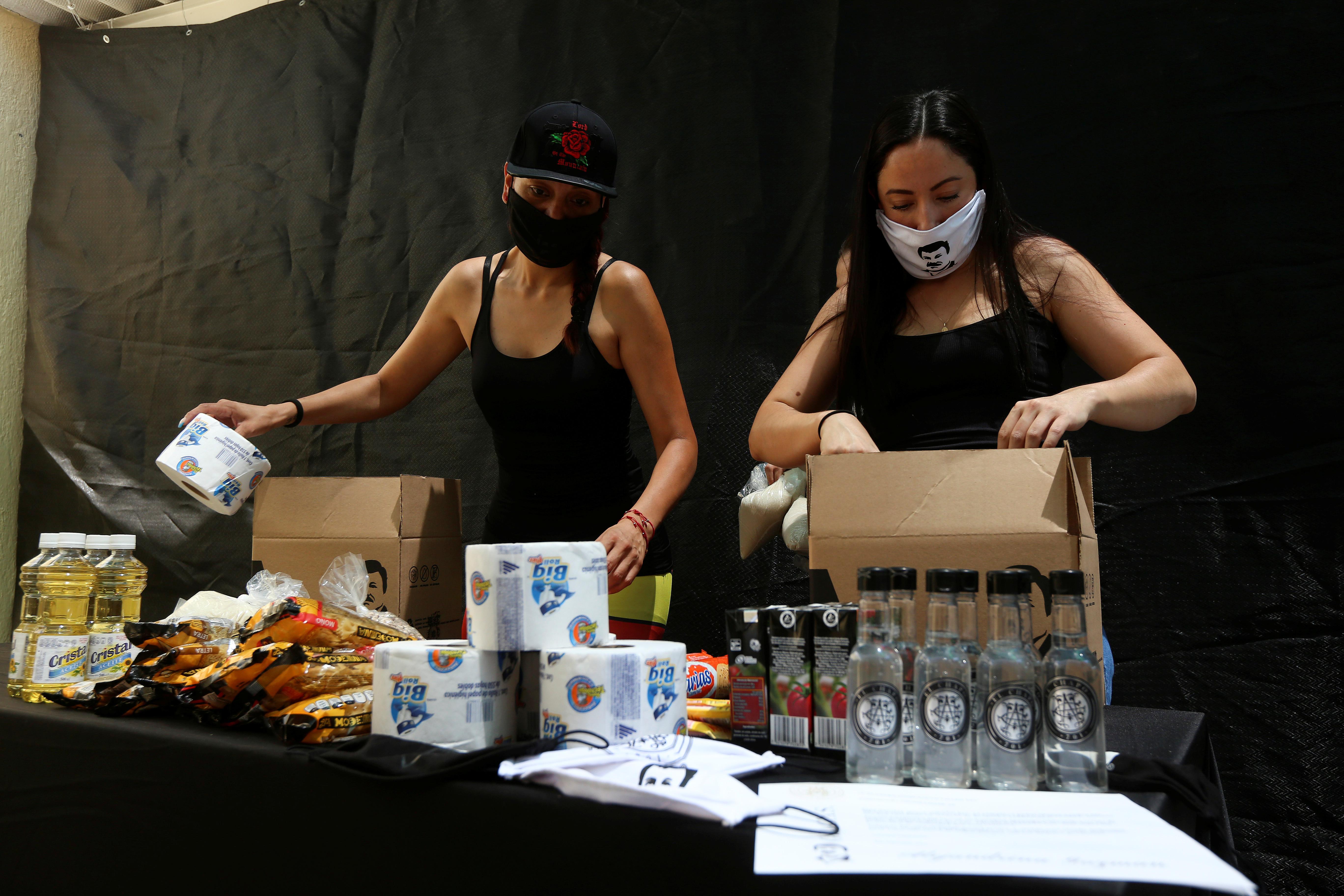 The packets also referred to “Señor 46, Vaquero”, an apparent reference to the cartel’s local chief.

Falko Ernst, an analyst with the International Crisis Group think tank focused on conflict resolution, said the cartels’ propaganda often aimed to distract from the havoc wreaked by their gunmen.

“They’re trying to leverage the perceived absence of the state for their own good and to become deeper entrenched in local communities,” Ernst said.