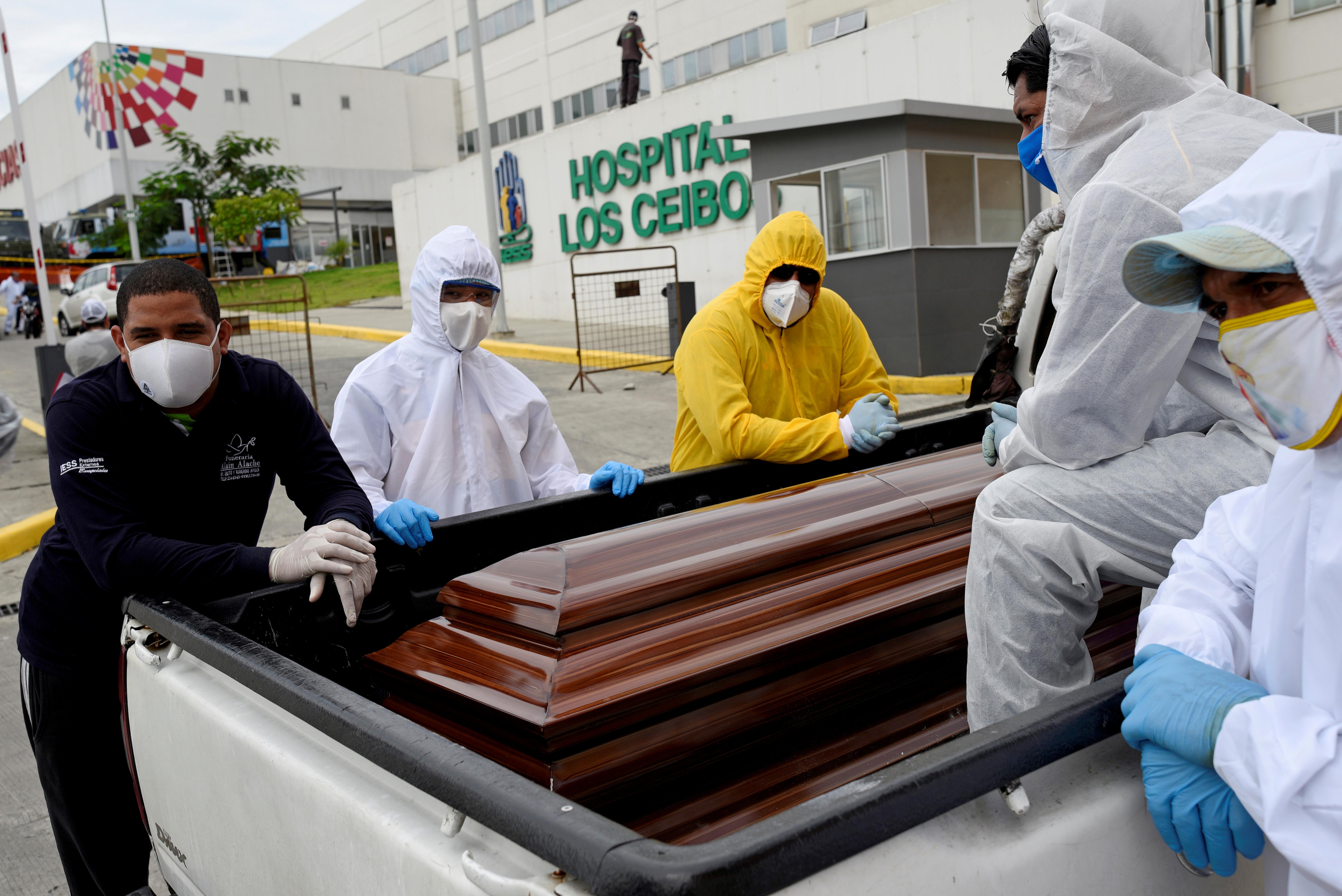 QUITO (Reuters) – Ecuador’s confirmed coronavirus cases more than doubled to a total of 22,719 after the government released a batch of delayed test results, the Andean country’s interior minister said on Friday.

The pandemic in recent weeks has overwhelmed health officials in Guayaquil on the Pacific coast, Ecuador’s largest city and epicenter of its coronavirus outbreak.

The government had reported 11,183 confirmed coronavirus cases across Ecuador on Thursday.

Interior Minister Maria Paulo Romo said the jump seen Friday was due to a large batch of tests being released after an increase in testing capacity, rather than any significant change in the situation on the ground.

“It means we have more information to be distributed on the trend line,” Romo told a virtual press conference.

Ecuador has acknowledged its death toll from COVID-19, the respiratory disease caused by the novel coronavirus, is higher than the official figures suggest. People have died without being tested and autopsies have been complicated by social distancing measures.

To address those shortcomings, the government said Thursday it would begin conducting “verbal autopsies,” using consultations with family members about what symptoms a person had before dying to determine their cause of death.

Romo said a total of 576 people had died from the virus, up from 560 on Thursday. But the government said an additional 1,060 people had died of suspected COVID-19 without confirmation through testing.