BRUSSELS/BERLIN (Reuters) – The economic shock of the coronavirus pandemic is likely to undermine NATO defence targets cherished by U.S. President Donald Trump, diplomats and experts say, as governments move closer to spending goals only by virtue of shrinking economies. 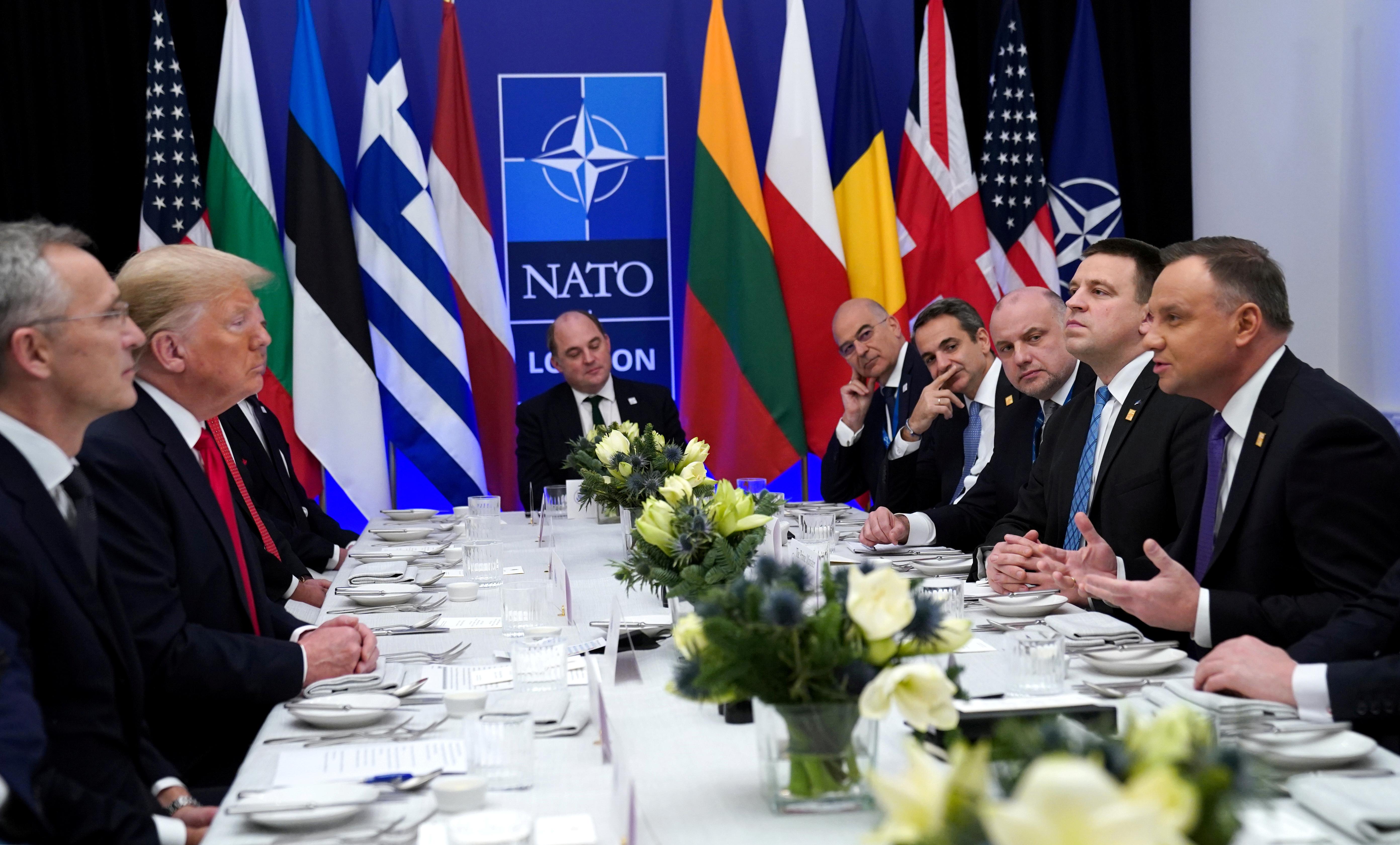 Agreed after Russia’s annexation of Crimea in 2014, the target of spending 2% of gross domestic product on defence has been embraced by Trump and he held an exclusive lunch in London last year for the allies that had reached it.

NATO’s annual report in March showed that nine countries, including the United States, were estimated to have reached the target in 2019, with other big allies including France and Turkey not far off.

While NATO militaries are at the forefront of Europe’s response, delivering medical supplies via airlifts and helping to build temporary hospitals, an expected deep recession will shrink many of the world’s economies.

That means defence expenditures will rise in proportion to GDP if they remain at current levels. Germany’s current 1.35% spend, for example, could rise closer to 1.7%, according to Carlo Masala, professor for International Politics at Bundeswehr University Munich.

Germany’s spending level has been a sore point for Trump.

“States will advance towards NATO’s target without raising their defence budgets, solely by the fact that their GDPs are shrinking. We will see a complete paradox, an unintended effect,” said Masala, who specialises in military issues.

In 2015, Greece inadvertently increased its defence spending, as a percentage of GDP, as its debt crisis caused a sharp economic contraction.

NATO Secretary-General Jens Stoltenberg has publicly urged allies to keep up defence spending. Asked about the issue this week, he told Reuters that the focus now should be on getting medical equipment to the needy.

NATO officials say any discussion over defence spending metrics is for after the health crisis has passed. But diplomats and experts expect defence budgets to fall too, given that defence is often one of the first sectors to be cut in a crisis.

Two senior NATO diplomats told Reuters there was recognition in the alliance that Italy and Spain, the two allies worst affected by the pandemic and already lower military spenders, could not be expected to meet the 2% goal.

The Czech Republic has said publicly that it will not increase defence spending by 2024, the deadline for the NATO goal, although the target is not binding.

“There is a limit to how much we can obsess about the 2 percent,” one diplomat said. “Politically it has been useful for Trump but it is unclear if it remains economically viable.”

Since 2017, Trump has intensified his accusations that NATO allies were not spending enough on defence, saying some owed “massive amounts of money”. More recently, he called low-spending allies “delinquent”.

NATO allies across Europe, Turkey and Canada were set to have spent a cumulative $400 billion on defence between 2016 and 2024, according to the latest NATO annual report.