Beirut’s traffic lights helped create a sense of normality after the civil war – now they too have stopped working. 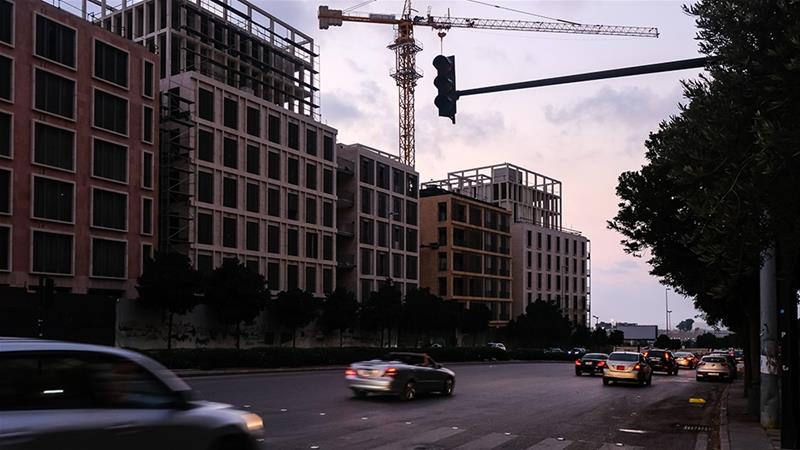 It was the late 1990s. The gutted downtown area of Lebanon’s capital, a front line throughout the brutal 15-year conflict, was being rebuilt in grand fashion. Prosperity – or at least a sense of normality – felt within reach. Everyone wanted to move forward.

But the chaos of the war remained ingrained in the way people drove.

Traffic was horrendous, a fast-paced free-for-all on the freeways that turned to gridlock in narrow city streets and a mess of clamouring metal at intersections.

It was overwhelming for 26-year-old Fawaz, back in Beirut on a break from studying in the United States where she had become accustomed to the simple guidance of green, red and amber.

When the lights first came up, many Lebanese were slow to adjust. Fawaz “felt like an activist” when she stopped at red, and would intentionally block the path of impatient motorists who tried to manoeuvre through.

“It was dangerous – I remember almost getting killed when I drove through a green light without thinking. This guy jumped out of his car and was screaming at me. I told him the light was green. He looked at me like I was from the moon,” said Fawaz, now a professor of urban studies and planning at the American University of Beirut.

“There was an element of feeling like we were part of a movement to improve the city.”

For a long time, Fawaz says, traffic lights were one of the few examples of a successful policy in the city. Basic? Yes. But effective at organising the streets and “creating a sense of certainty that had been lost during the war”, according to Jad Baaklini, a Lebanese commuters’ rights activist who also remembers when the stoplights returned.

Today, in a sign of growing uncertainty as Lebanon slides into a dramatic socioeconomic collapse, most of those traffic lights have abruptly stopped working. About three-quarters of the stoplights in the city have failed in the past couple of weeks, leaving motorists to navigate the streets of their own accord.

The reasons for their sudden downfall reflect the political deadlock, mismanagement and alleged corruption that have characterised post-war life in Lebanon and have brought the country to its knees.

Hunger and poverty are rapidly increasing, the currency is worth roughly 20 percent of what it was worth last year, and perennial electricity cuts have somehow become even worse, leaving much of the country in darkness and adding to the feeling that everything is falling apart.

“It’s really shameful, you should see how many accidents this has caused,” a soldier keeping guard at one pitch-black Beirut crossroads told Al Jazeera.

“This is the most basic symbol of a state, but what can we do – this is the state we have.” 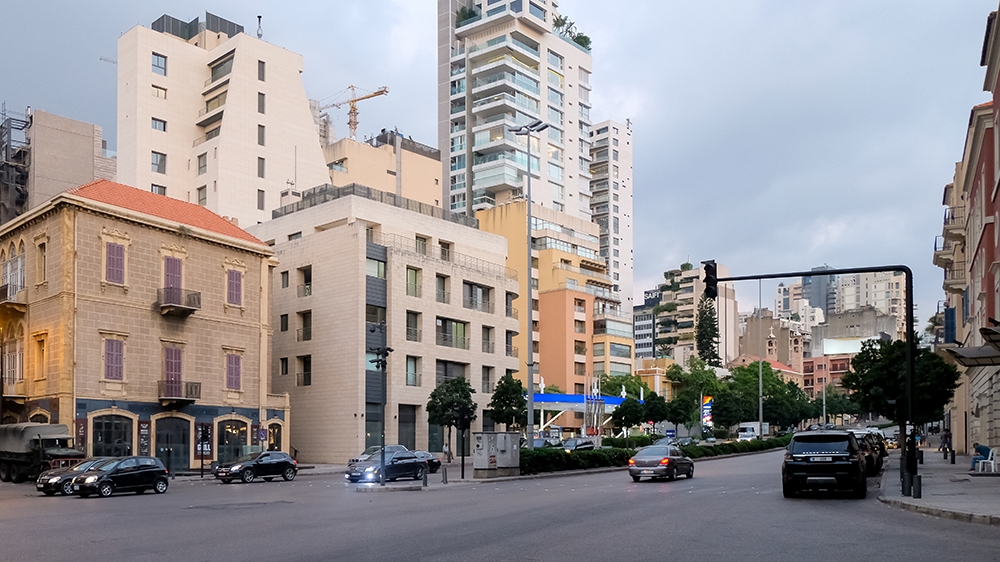 Keeping traffic signals running in a country with chronic power cuts requires round-the-clock maintenance, which was outsourced by the Traffic and Vehicles Management Authority (TVMA) to a private company.

The maintenance contract was funded by proceeds from parking meters that were installed across the capital in the late 2000s, in a World-Bank funded project tendered to a private company via the Council for Development and Reconstruction (CDR).

The CDR is an opaque body whose president and vice-president are Nabil al-Jisr, a close associate of former prime minister Saad Hariri, and Yasser Berri, the brother of Lebanon’s parliament speaker Nabih Berri.

Lebanese-American consortium Duncan-Nead won the contract. Local TV channel Al-Jadeed said its shareholders have ties to political heavyweights in Lebanon though the company insists it won the contract on merit.

The parking meters were installed on public land belonging to Beirut’s municipality, and so the TVMA and the municipality signed a contract giving the former 10 percent of revenues – to use for traffic light maintenance among other things – and 90 percent to the latter.

“We want to know, where is the money?” he asked.

Hoda Salloum, the director-general of the TVMA, told Al Jazeera it was all spent on running security cameras, funding the TVMA  – and maintaining the traffic lights.

But she declined to say how much the budget was, citing an ongoing court case that the municipality brought against the TVMA last year to determine where the money had gone.

Salloum, a relative of Hadi Hobeish, a prominent member of parliament in the Future Movement bloc of former prime minister Hariri, was released on bail in January after more than a month in detention.

In February, Financial Prosecutor Ali Ibrahim charged her with squandering public funds in the parking-meter case. Salloum denies all allegations against her.

In addition to the parking meter income that was allegedly stolen over the years, revenues have dropped dramatically since October due to the massive anti-establishment protests that swept the country.

The private parking meters were a source of ire and suspicion for a population who felt the state only took from them without giving anything in return. Few people doubted that the money they were paying to park on their own streets was being lost to corruption.

When hundreds of thousands took to the streets, parking meters were instantly targeted; the poor and downtrodden smashed them open to get to the coins inside while others covered them with black rubbish bags and slapped on stickers reading “We’re not paying” – a slogan for a civil disobedience campaign that aimed to pile pressure on the government by refusing to pay any official fees.

On April 10, the traffic light maintenance contract ended, and a newly contracted company could not begin work because, according to Salloum, there was “no money”.

One by one, they stopped working.

But rather than blaming protesters, Baaklini argues the sequence of events leading to the failure of the traffic lights is emblematic of the downfall of the country’s post-civil-war power structure.

When the stoplights went up after the war, they had a dual function of organising the streets and giving political legitimacy to the former sectarian warlords and a new class of businessmen who entered power – making them seem like “people who could bring society together and move it forward”.

In the time since, that power structure has shown its deep rot and has torn society apart.

“The lack of traffic lights was formerly a symbol of war. Their failure today is the final nail in a dream of the Lebanon we wanted after the war,” Baaklini says.

“There’s a sort of grieving involved, but it’s also a wake-up call that we need to try something new.” 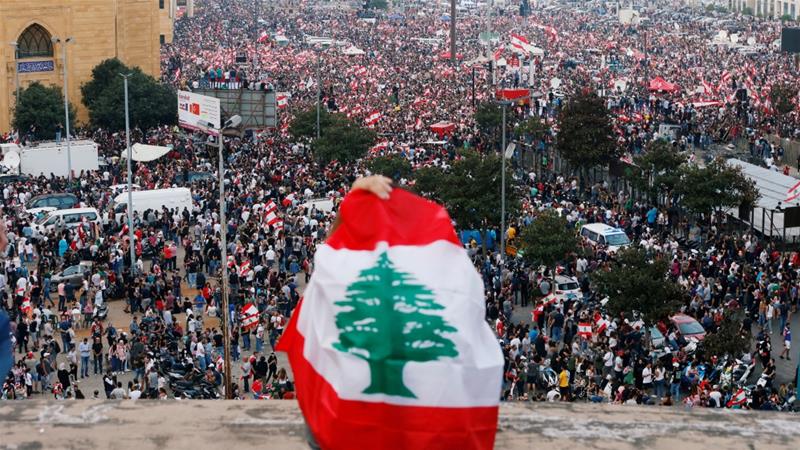 Why are people protesting in Lebanon? | Start Here