More than 40 people killed amid days of clashes between armed groups and the army in the country’s east. 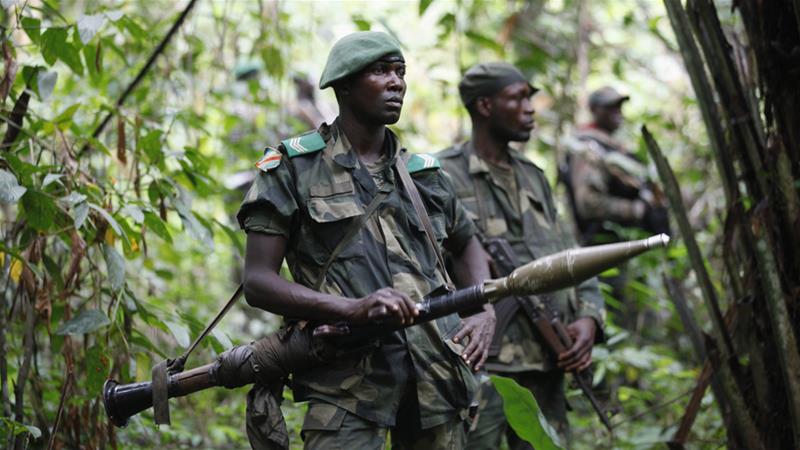 At least 43 people have been killed during three days of fighting between armed groups and soldiers in eastern Democratic Republic of the Congo, according to government and army officials.

Fighting has raged since Sunday in Lisey between the army and groups in the neighbouring Djugu area.

According to Colonel James Ngongo, the army spokesman in Ituri, “two soldiers died, the attackers killed two civilians while fleeing and the army killed 12 assailants”.

On Sunday, an attack by the Allied Democratic Force (ADF) group claimed the lives of five men and one woman, said John Kambale, the local head of Malambo, near the eastern town of Beni in North Kivu province.

ADF fighters are accused of killing more than 1,000 civilians in the Beni region since October 2014.
Its members stepped up killings last November in reprisal for the military offensive, at a cost of almost 400 lives, according to experts.

The ADF movement originated in neighbouring Uganda, opposed to the rule of President Yoweri Museveni, but swiftly moved in 1995 into the DRC, which became its base of operations.

The rebels have carried out no attacks inside Uganda for years.