The maverick Republican came his closest yet to admitting defeat but remained in combative form as he gave his first press conference since the poll. Mr Trump, 74, repeated his unfounded allegations of electoral fraud and condemned one of the reporters as a “lightweight”. He snapped: “I’m the President of the US – don’t ever talk to the President in that way.”

Officials from the individual states are currently in the process of certifying their results from the popular vote.

But under the US system, the President and Vice-President are actually selected by an Electoral College, chosen to reflect the popular vote percentages.

The college – which meets to formalise the result on December 14 – has previously defied the popular choice five times.

Asked if he would abide if the college’s decision is against him, Mr Trump said: “Certainly I will, certainly I will and you know that.” 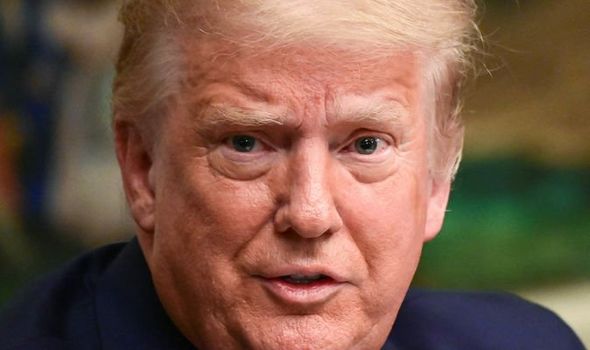 But he added: “It’s going to be a hard thing to concede because we know there was massive fraud.

“Time isn’t on our side – everything else is on our side, facts are on our side. This was a massive fraud.

“This should never take place in this country we’re like a third world country.”

Mr Trump and his supporters have spent the weeks since the poll lodging legal challenges – mostly of which were swiftly dismissed. 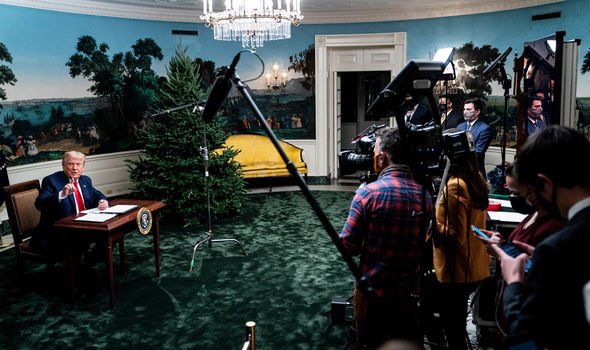 The normal routine process of transitioning from one president to another and confirming the result has been derailed by his refusal to accept the result.

Earlier this week, he finally agreed to allow the formal transition to President-elect Biden’s team to begin, following several weeks of uncertainty.

The decision meant Mr Biden is able to receive top security briefings and access key government officials and millions of dollars in funds as he prepares to take over.

“States continue to certify those results, the Electoral College will soon meet to ratify that outcome.”