Nancy Pelosi announced, on Thursday, she planned to discuss the 25th amendment of the US Constitution today. The US remains unclear on Donald Trump’s condition, as he is still suffering from COVID-19 following diagnosis last week. The President continues to insist he is fine and ready to return to the campaign trail, but some politicians remain unconvinced.

What is the 25th amendment?

President Trump has made several media appearances since his diagnosis in the last week while taking potent medication for COVID-19.

He has seemed erratic, possibly due to side effects, raising fears about his ability to govern.

One way for the Democrats to avoid the fallout of Mr Trump’s behaviour is by invoking the 25th amendment. 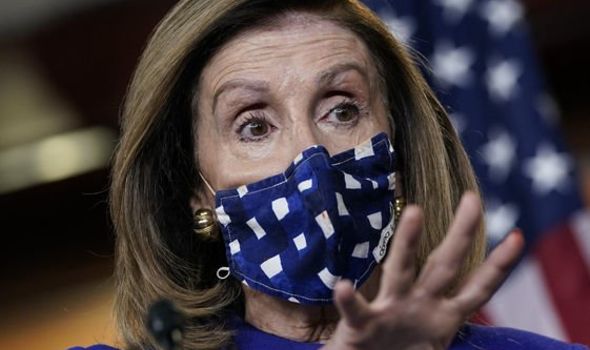 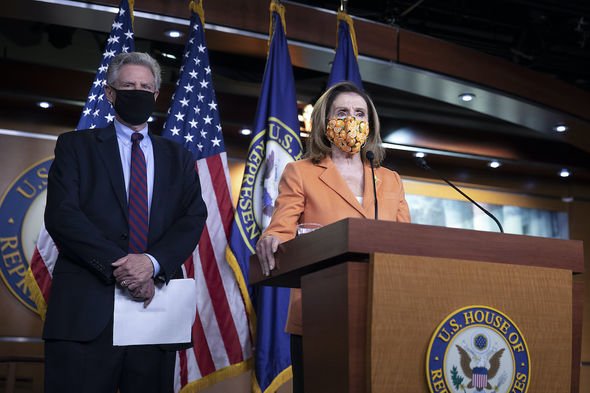 The amendment to the US constitution came through Capitol Hill in the 1960s following the death of John F Kennedy.

His assassination raised questions about how to replace a dead or incapacitated president.

The 25th amendment sought to provide an answer by allowing the vice president and members of the cabinet to remove an unfit executive.

The amendment also contains provisions which allow them to handle disputes about the president’s ability. 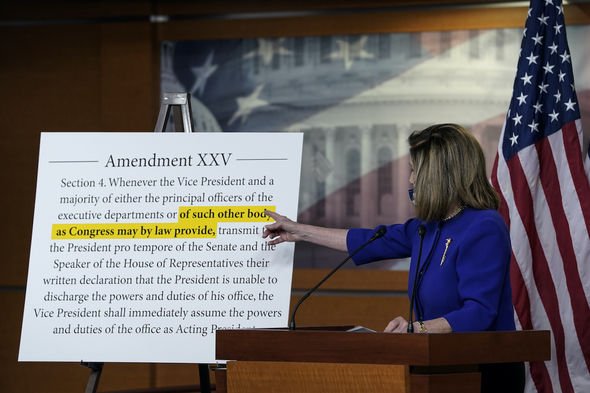 Once accomplished, the president would step aside for their vice to become “acting president”.

The president can dispute the move if he wishes, but deliberation would then go to Congress.

In this case, Democrats would get to decide first whether he remains, as they took over in the 2018 “blue wave”.

They need an unlikely two-thirds majority in both Congress and the Senate, however. 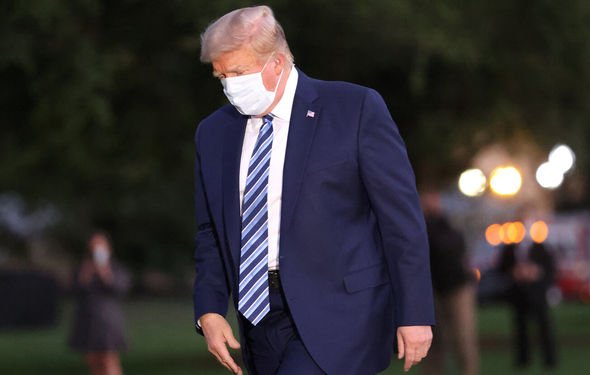 Speaker Pelosi did not reveal what she hoped to gain from the discussions but told reporters in a press conference she questioned the President’s condition.

She said: “I’m not talking about it today except to tell you, if you want to talk about that, we’ll see you tomorrow.

“But you take me back to my point, Mr President, when was the last time you had a negative test before you tested positive?

She added: “The president is, shall we say, in an altered state right now.

“I don’t know how to answer for that behaviour.”

The President has regularly told interviewers he is in good health, adding Americans should not fear COVID-19.

His doctor, White House physician Dr Sean Conley, has concurred, although he may only release statements with Mr Trump’s approval.