Speaking to FOX News on Sunday, Donald Trump claimed he believes as many as 100,000 Americans could die in the coronavirus pandemic, after the death toll passed his earlier estimates, but said he was confident a vaccine would be developed by the year’s end. Opening up about his loss during the pandemic, the US President admitted to have lost three friends. He said: “I’ve never seen death like this, I’ve never personally experienced anything like it. And they talk about the flu and all of that.

“Well I know people that had the flu all my life and nobody ever died.

“I never had a fried who had the flu and he died.

“I’ve lost three friends, one of them a very good friend, a very successful man, New York guy, employed a lot of people and they’re all crying over his death.

“Stanley Chera. He went to the hospital, he calls me up and he goes I tested positive. I said what are you going to do?

“He said I’m going to the hospital, I’ll call you tomorrow. He didn’t call. I called the hospital and he was in a coma.” 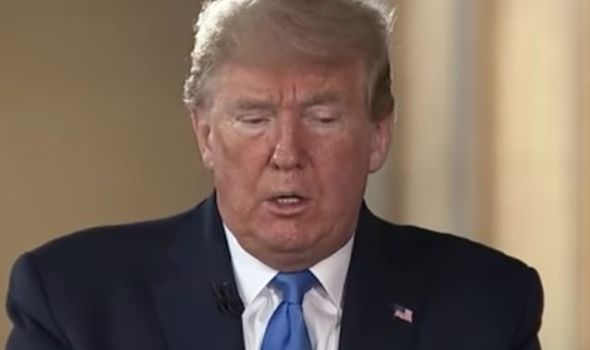 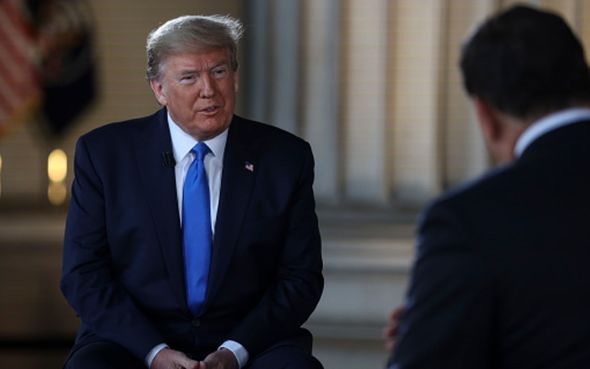 He added: “This is a very horrible thing we’re fighting.”

The Covid-19 illness, caused by the new coronavirus, has sickened more than 1.1 million in the United States and killed more than 67,000 Americans, shut wide swaths of society, including most schools and many businesses.

About half the states have now moved toward at least partial lifting of shutdowns as the number of new cases of the Covid-19 illness has begun to drop or level off and as citizens agitate for relief from restrictions that have sent the economy into a tailspin.

“We can’t stay closed as a country (or) we’re not gonna have a country left,” Donald Trump said.

The US leader has criticised FOX recently, casting the conservative-leaning network as insufficiently supportive. He faced few tough questions in the event, which gave him a new format to reach the public while he is unable to hold campaign rallies and after he faced widespread criticism for his combative daily briefings.

In an assessment that clashes with those of some public health experts, President Trump said he believed that by the end of the year there would be a vaccine against Covid-19.

“I think we’re going to have a vaccine by the end of the year. The doctors would say, well you shouldn’t say that,” he said. “I’ll say what I think … I think we’ll have a vaccine sooner than later.” 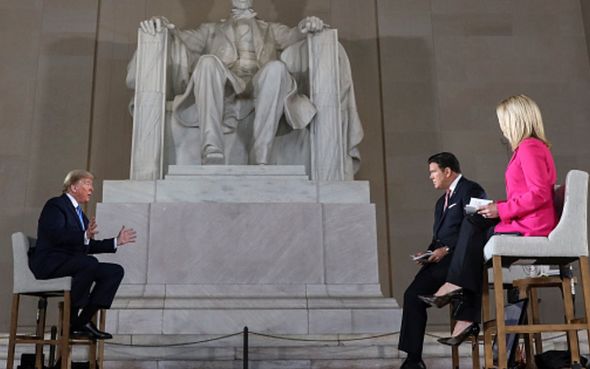 Many health experts, including Dr Anthony Fauci, the nation’s top infectious disease expert, have cautioned that a vaccine is likely a year to 18 months away.

There is an “incredibly small” chance of having a highly effective vaccine or treatment for the coronavirus within the next year, England’s Chief Medical Officer Chris Whitty said on April 22.

President Trump also said he wanted students to return to schools and colleges in the autumn, even as he acknowledged the possibility of a resurgence of the disease.

“We’ll put out the embers, we’ll put out whatever it may be. We may have to put out a fire,” he said.