US President Donald Trump’s administration has been attacking the multinational body throughout the coronavirus pandemic. The US severed all ties with the WHO on May 29, withdrawing funding completely.

The White House said on Sunday that the US will consider rejoining the WHO if it ends corruption and reliance on China.

US National Security Advisor Robert O’Brien told ABC News about what it would take for the US to rejoin the WHO.

O’Brien claimed that “the WHO needs to reform”.

He said: “What the president said, if the WHO reforms and ends the corruption and ends the reliance on China, the US will very seriously consider coming back.

“And we’re going to make sure it gets to front-line health care workers, just like we’re doing with PEPFAR in Africa.” 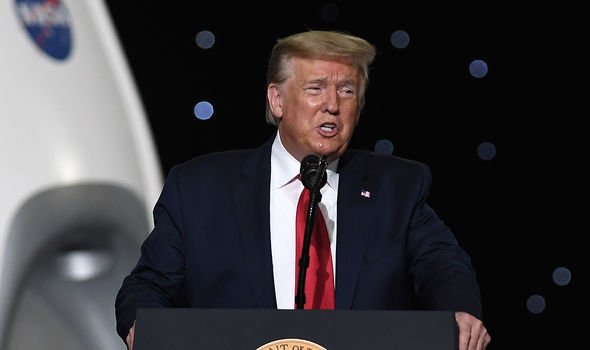 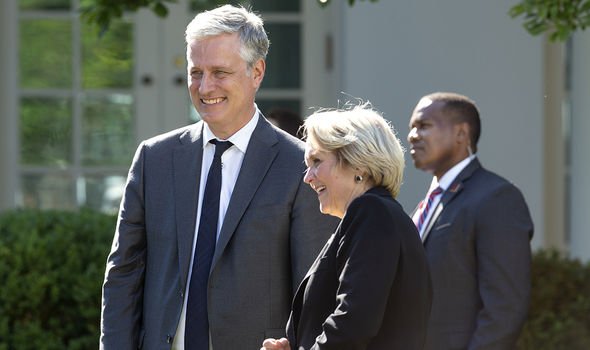 O’Brien continued to play up the US’ foreign aid contributions.

He said: “The WHO isn’t saving lives for AIDS and HIV victims in Africa.

“It’s the United States and our generous taxpayers who are saving those lives in Africa.

“We’re not doing it through the WHO.

“(…) We’re going to take that same money and make sure it gets to the Doctors Without Borders and the Red Cross and the hospitals all over the world that need it, and doesn’t go through a corrupt international organisation that’s controlled by the Chinese Communist Party. 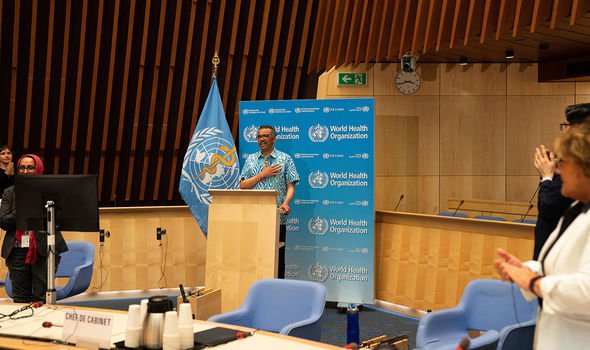 In a later appearance on CNN, O’Brien claimed that the US has many measures to deal with China and their new security law in Hong Kong.

He added: “The president made a very important announcement on that front on Friday and the US government is looking at all of our relations with Hong Kong and China.

“So there will be a response and it will be proportional, but this is not something that our adversaries are going to get away with for free.”

President Trump sent a four-page letter to the WHO director general, Tedros Adhanom Ghebreyesus on May 19, warning he would permanently cut US funding of the WHO and reconsider US membership if the organisation did “not commit to major substantive improvements within the next 30 days”.

He announced US withdrawal on Friday, only 10 days after the letter.

After that ultimatum was announced, a few US health officials urged the WHO to signal its willingness to change to the Trump administration in the hope it would change the president’s mind.

But US sources said there was no concerted dialogue between the administration and the WHO over reform. 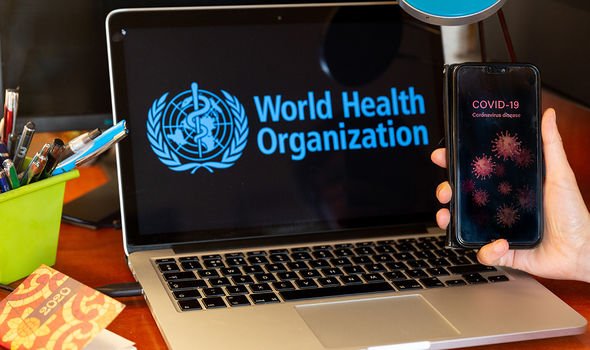 David Heymann, a long-time former WHO official, said health programs that the US has long championed will be weakened by a withdrawal from the WHO.

It is a critical time for the long-standing effort to rid the world of polio; while only two countries,Afghanistan and Pakistan, continue to see spread of wild polio, vaccination efforts have been halted because of the pandemic.

Heymann said: “The polio eradication program is very near completion, with many strong donors to it, and the US has been one of the most faithful and strong.

“And it would be a shame not only for the United States, but for Rotary International, which has provided so much funding for that as well.”