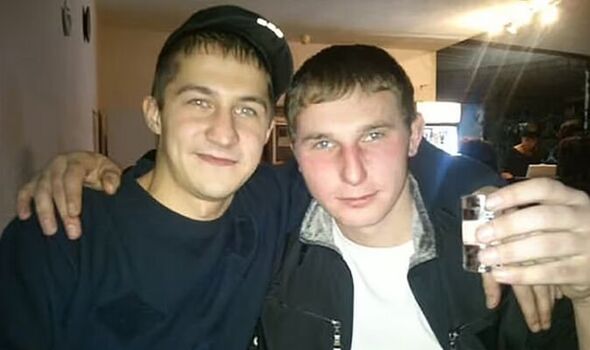 A Russian father who was imprisoned after he forced his best friend to dig his own grave before killing himself has been released. Vyacheslav Matrosov, 35, was freed after serving six months of an 18 months sentence following a wave of public sympathy.

He was handed the sentence after forcing Oleg Sviridov, 32, to dig his own grave in an area of forestry, but was let go with more than a year left on his jail time.

According to reports, the two had an altercation in the wooded area after the father discovered his friend’s repeated sexual abuse of his then-six-year-old daughter.

Investigating officers are said to have concluded that Sviridov took his own life, and Matrosov secretly buried his corpse in an unmarked grave.

After he was released from prison early, Matrosov posted a picture of himself back with his wife, Natalya, with the caption: “Home. Love very much.”

Matrosov had initially been held on suspicion of murder, but this sparked public outcry in his Russian homeland.

He was convicted in April this year of “inciting” his friend’s suicide by Krasnoglinsky Court in Samara.

The court sentenced him to spend a year and a half in a Russian penal colony.

However, his sentence could have been far longer: the charge for murder in Russia is usually around 15 years.

Matrosov turned on his former friend when the father found disturbing footage on Sviridov’s phone, which showed him forcing the daughter to perform a sex act on him.

When the case came to light, there was sympathy for the dad in his native Samara – a region to the south-east of Moscow, which sits on the Volga River, near the Kazakh border.

Locals are believed to have raised the money for his initial legal fees, and 2,500 signed a petition demanding he be fully acquitted.