Croatia marks the 25th anniversary of a military victory against Serb rebels that ended the country’s independence war. 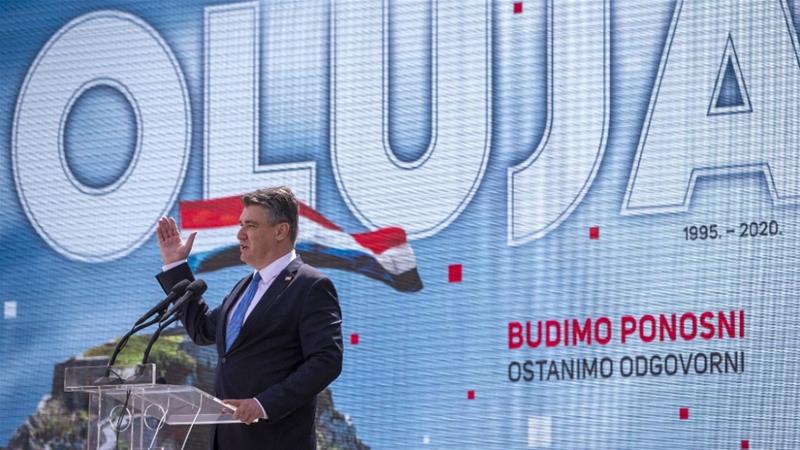 Croatia’s top ethnic Serb official joined a ceremony on Wednesday, marking the 25th anniversary of a military victory that ended the country’s independence war, setting a rare tone of reconciliation on a day normally charged with tension.

Deputy Prime Minister Boris Milosevic is the first ethnic Serb political representative to attend the annual memorial for the “Operation Storm” offensive, in which Croatian troops reclaimed territory held by rebel Serbs during the 1991-1995 independence war.

While Zagreb celebrates the day as a victorious moment of liberation, Belgrade mourns the fate of ethnic Serbs who were killed or fled Croatia in the aftermath of the offensive.

In Croatia this year, a small olive branch was extended as the Serb minister joined other top officials at a ceremony which began at a fortress in Knin, where the names of nearly 200 dead soldiers were read.

Milosevic, whose grandmother was killed in the wake of the offensive, wrote on Facebook the “time has come for the politics of understanding and of respecting each other to defeat the politics of hatred”. 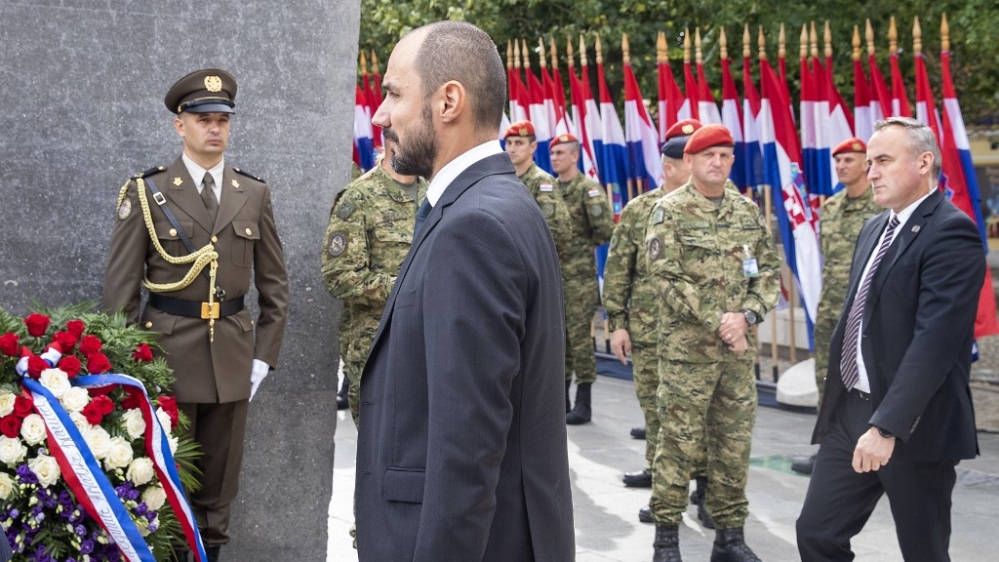 The gesture was symbolic of the Croatian government’s pledge to improve still fragile relations with ethnic Serbs, who make up about 4.5 percent of the 4.2 million population.

It will “send a new message for Croatian society, relations between Croatians and Serb minority … between Croatia and Serbia”, said Prime Minister Andrej Plenkovic.

Yet the move was met with backlash across the border in Serbia, where pro-government tabloids attacked the Serb politician as “shameless”.

“We do not want to celebrate the tragedy of the Serbian people and Serbia will never accept humiliation,” Serbian President Aleksandar Vucic said at the country’s own memorial service on Tuesday evening, held on a bridge that was crossed by the thousands of Serb refugees who fled Croatia after Operation Storm.

The proclamation of independence

The war was sparked by Croatia’s proclamation of independence from Yugoslavia in 1991, which was opposed by Serb rebels.

Politically and militarily backed by Belgrade, the rebels occupied one-third of Croatia’s territory, forcing more than 500,000 Croatians and other non-Serbs to flee.

The assault effectively ended the war that killed about 20,000.

Yet hundreds of mostly elderly Serb civilians were killed in the aftermath, while more than 200,000 others fled to Serbia and Bosnia as their property was looted, seized or burned down. About half have since returned.

In another highly symbolic move, Croatia’s Defence Minister Tomo Medved agreed to attend a commemoration later this month in a village where six Serb civilians were killed by Croatian forces after the operation.