At least 4,500 flights have been cancelled worldwide over the Christmas weekend, with the Omicron variant causing chaos for travellers.

Globally on Christmas Eve there were 2,401 flights cancelled and 10,000 delayed as operators struggled with staff absences.

According to the online flight tracker FlightAware.com, 1,779 routes were not scheduled to operate as planned on Christmas Day, with a further 409 down on Boxing Day.

More than a quarter of all global flights cancelled were in and out of the United States, with United Airlines and Delta among the worst affected carriers, cancelling 280 flights in total on Friday. 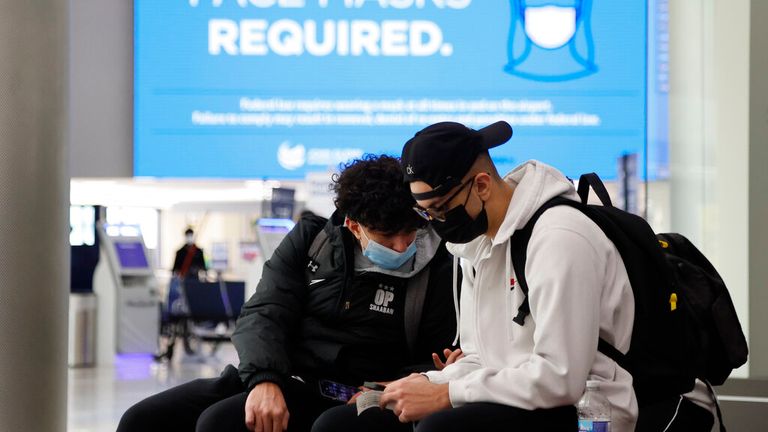 The Omicron variant is causing COVID cases to surge across the States, with the new, more transmissible strain now accounting for more than 75% of cases nationwide.

New York reported more than 44,000 new infections on Christmas Eve, the highest daily number for the state since the pandemic began.

On Thursday and Friday at least 10 other states reported record-breaking infection numbers.

The Midwest is among the US regions hardest hit by COVID, with intensive care units in Indiana, Ohio and Michigan bracing themselves for an even harder winter – as they struggle with Delta and Omicron cases.

Scientists have repeatedly said that border restrictions are largely futile to stop the spread of a new global variant once cross-country transmission has begun.