The number of people to have died after testing positive for coronavirus in Spain has risen to 6,528 after 838 more people died.

Another 6,549 cases have been reported in the country, bringing the total there to 78,797.

The latest figures show the daily number of coronavirus-linked deaths recorded in Spain has more than doubled since last Sunday, when 394 fatalities were confirmed.

Sky’s Europe correspondent Adam Parsons said: “The pace of which people are dying of the coronavirus in Spain does seem to be stripping even the records established by Italy.

“Also, whereas in Italy this outbreak is concentrated in three or four regions up in the north of Italy, in Spain the profile is beginning to change.

“Initially the outbreak was very much focused on Madrid, then Catalonia began to play a part.

“But you have pockets now across the entire rest of the country.” 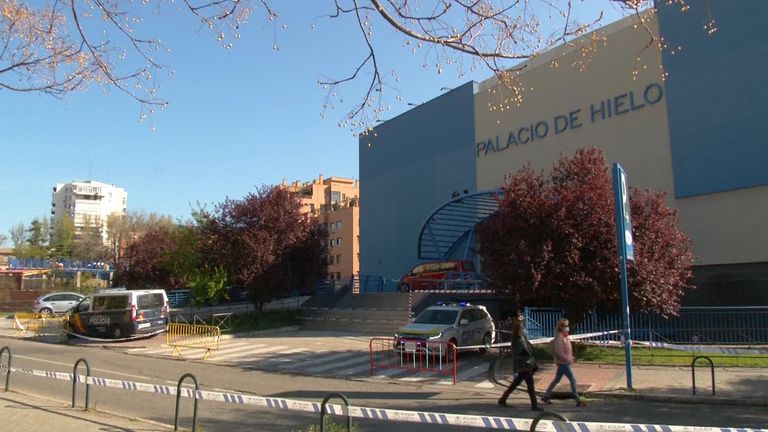