VANCOUVER (Reuters) – Canada’s Pacific province of British Columbia was already battling an opioid epidemic when the new coronavirus hit, compounding the threat to drug users, many of whom are homeless and particularly vulnerable during the pandemic. 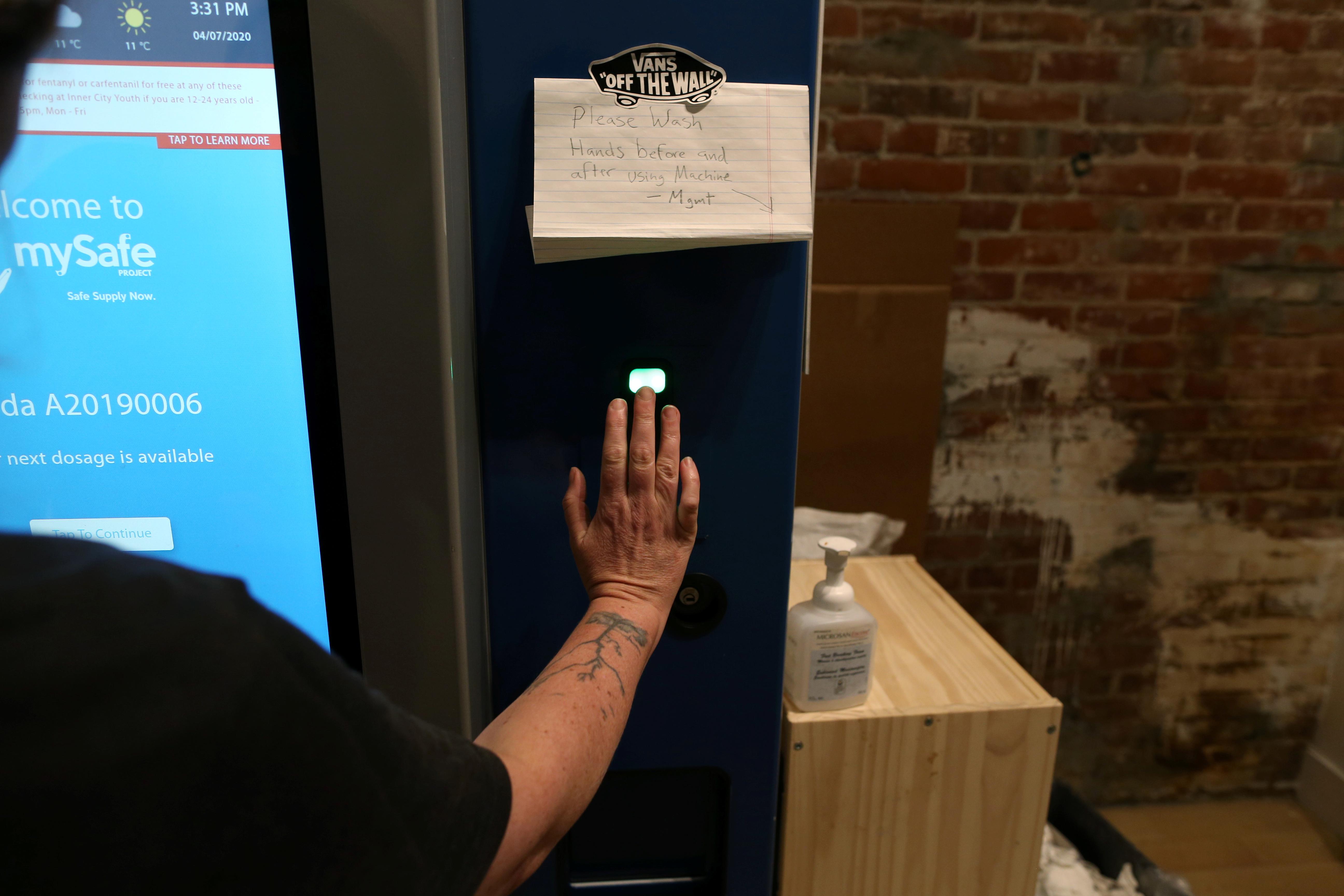 In March, the Canadian government urged provinces to lower barriers to prescription medications – allowing doctors to provide prescriptions for controlled substances by phone and pharmacists to deliver them – to better help citizens to practice physical distancing and self-isolation.

B.C. is the first province to apply those guidelines to support people who use street drugs. Healthcare providers are ramping up the supply of prescription drug replacements for those who live with addictions to drugs like heroin, and even dispensing some of them via unique vending machines.

“We’ve taken these exemptions and we’re running with them at break-neck speed,” said Judy Darcy, provincial Minister of Mental Health and Addictions. The goal is to “bring down the number of people who are dying of overdose,” she said.

The Downtown Eastside is where the majority of Vancouver’s homeless population resides. In 2019, the city had 2,223 homeless residents, about a third of whom live with opioid or methamphetamine addictions.

By providing a safe supply of legal drug alternatives, the province hopes to lower a sudden spike in drug overdose deaths that coincided with the coronavirus outbreak in Vancouver.

Overdose deaths in the city had been declining over the past year with implementation of safe consumption sites and availability of naloxone overdose reversal kits.

But between March 23 and 29, police in Vancouver responded to eight suspected overdose deaths, the most in a single week since August 2019. The following week, they attended eight more.

Cheyenne Johnson, co-interim executive director at the B.C. Centre on Substance Use, said the region’s illicit drug supply was already tainted. The coronavirus closure of the border with the United States has exacerbated the problem by stymying illegal drug supply routes, prompting dealers to increasingly make or cut their wares with dangerous ingredients.

“As the effects of the pandemic continue to unfold, the illicit drug supply is likely to become significantly more adulterated and toxic,” Johnson said.

‘A REAL KICK IN THE GUT’

Before the new guidelines came into place, some people were able to access prescription drug replacements through special programs. In most instances, they had to get the medication from a pharmacy every day.

For people using the highly potent opioid fentanyl or heroin on the street, doctors can provide the prescription opioid hydromorphone along with methadone. Dexedrine or Ritalin are available to people who would otherwise be using cocaine or crystal meth.

Days after the new guidelines were rolled out, Rupinder Brar, a physician at Vancouver’s Portland Hotel Society, said she has provided prescriptions for free drug replacements, which can be dispensed by the week.

This gives her patients “a fighting chance” as supplies of illicit street drugs dwindle, along with sharply reduced opportunities to make income at a time of coronavirus shutdowns and social distancing measures.

“I don’t want them to have to go to the pharmacy every day,” Brar said.

Another option are specialized vending machines called MySafe. Conceived in response to the opioid crisis, they dispense drug replacements with a prescription, bypassing the need for a face-to-face interaction with a pharmacist.

At the corner of Vancouver’s Main and Hastings streets, a typically busy intersection in a neighborhood where hawking pills is common, some sections of the sidewalk were virtually empty in early April. 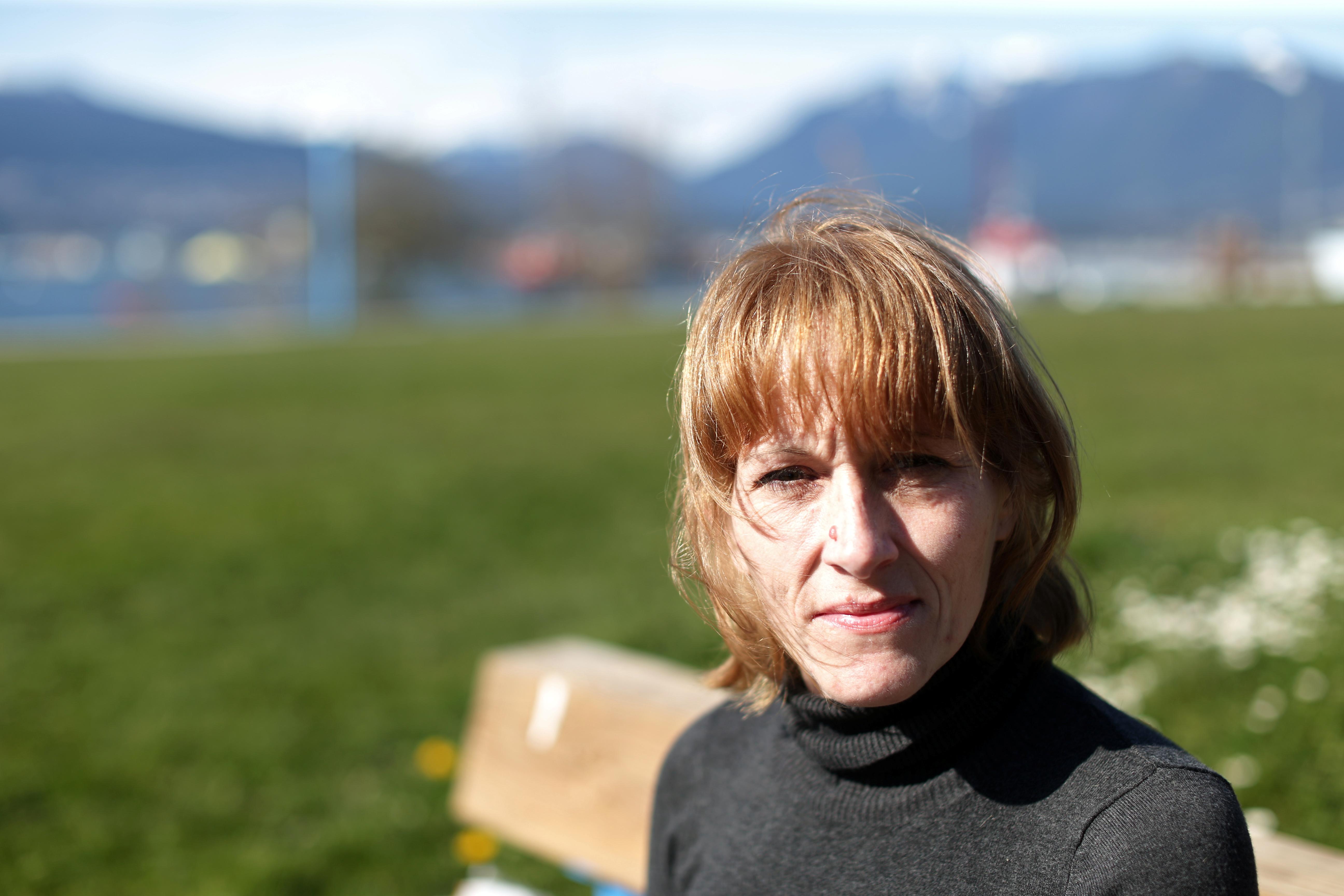 Chrissy McMullin, a Downtown Eastside resident who uses drugs, already takes opioid replacements and said she had no trouble getting a hydromorphone prescription under the new guidelines.

McMullin, who lost her brother in October to an overdose, is upset it took a global pandemic to prompt access to safe drugs.

“It’s a real kick in the gut, to see how quickly and easily (it got put in place),” McMullin said. “Now all of a sudden what we’ve been trying to get for years is made available.”