The White House coronavirus task force warned a new strain of coronavirus may have developed in the US. The report, sent to states on January 3 and seen by NBC News, said the new variant may be 50 percent more infectious.

In the document, the task force allegedly warned the recent surge in infections had been at nearly twice the rate observed last spring and summer.

It also apparently said “aggressive” measures may be needed to deal with the new variant.

According to NBC News, the report read: “This acceleration suggests there may be a USA variant that has evolved here, in addition to the UK variant that is already spreading in our communities and may be 50 percent more transmissible.

“Aggressive mitigation must be used to match a more aggressive virus; without uniform implementation of effective face masking (two or three ply and well-fitting) and strict social distancing, epidemics could quickly worsen as these variants spread and become predominant.” 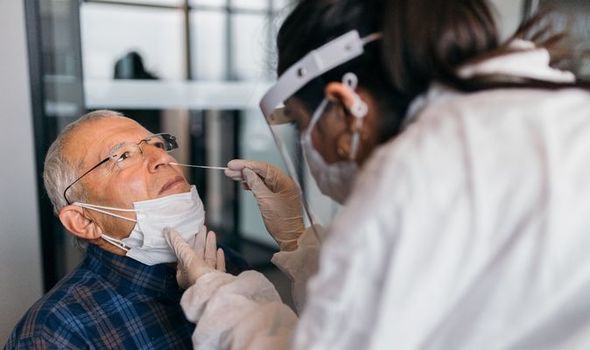 Jason McDonald, a spokesman for the Centers for Disease Control and Prevention (CDC), warned in an email to CNBC that “it is highly likely there are many variants evolving simultaneously across the globe.”

He added there was a “strong possibility” there were mutations in the United States.

Mr McDonald pointed out that despite efforts from experts to identify potential new strains of the virus, no new variants such as the one emerged in the UK had been found to date. 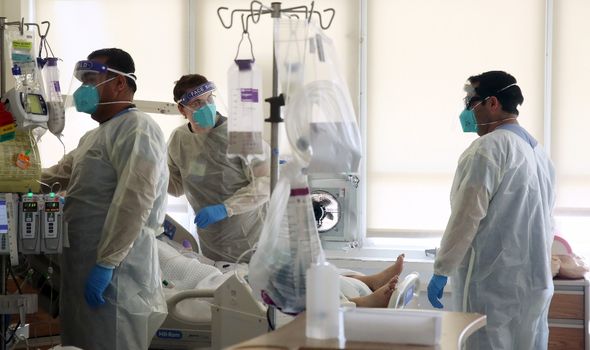 He said: “Researchers have been monitoring US strains since the pandemic began, including 5,700 samples collected in November and December.

Speaking to CNBC on Friday, Dr Scott Gottlieb, a former commissioner of the Food and Drug Administration, explained that the new variant observed in the US seemed to be acting like the one that had emerged in the UK.

The news comes as a third coronavirus vaccine, the Moderna jab, was approved for use in the UK. 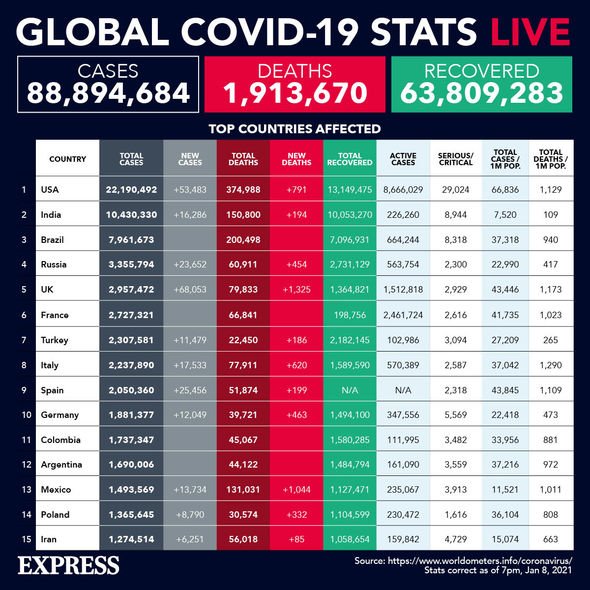 Health officials confirmed patients in England will start to receive Oxford and AstraZeneca jabs at their GP surgeries as of Thursday.

Britain has ordered up to 52 million doses of the Johnson & Johnson Janssen jab as part of the biggest immunisation drive in NHS history.

Sir John Bell, the Regius Chair of Medicine at the University of Oxford and advisor to the UK’s Vaccine Taskforce, told the Telegraph the Johnson & Johnson vaccine is “highly likely” to work. 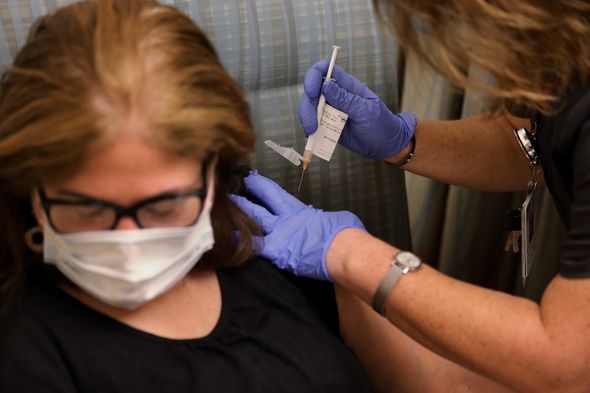 He added: “I think they will have supplies available for the UK in a time frame that would allow it just to catch the mid-February target of getting the numbers up.”

She said: “The biggest vaccination programme in NHS history is already off to a strong start with around one million people already vaccinated against coronavirus – this is a credit to our exceptional NHS staff.

“GPs, nurses, pharmacists and countless other staff and volunteers have been working around the clock to be able to launch almost 200 more sites this week. Combined with the arrival of the Oxford / AstraZeneca vaccine, we will now be able to protect many more vulnerable people against the virus and faster.”