With coronavirus outbreaks at different stages around the world, countries are making changes to their restrictions.

In some places lockdowns are being eased, in others, like the UK, the restrictions are being kept in place. Elsewhere, they are being strengthened.

It comes as the World Health Organisation has said countries that ease restrictions should wait at least two weeks to evaluate the impact, before taking further action. 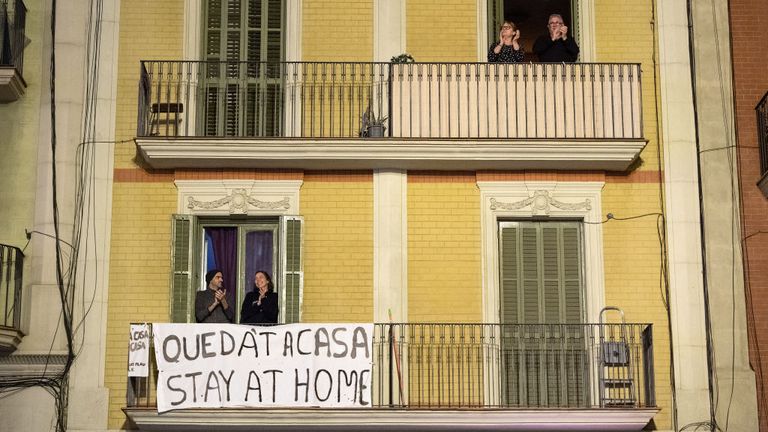 This week, Spain has eased the conditions of Europe’s strictest lockdown, allowing manufacturing, construction and other non-essential activity. For further lockdown measures to be lifted, the prime minister said testing needs to be greatly increased.

Austria was one of the first European countries to lift restrictions, on Tuesday announcing it would allow small retailers and DIY and gardening supply stores to reopen, so long as customers wore face masks and stayed 1m from others. Authorities said all stores can reopen on 2 May, followed by restaurants in mid-May, provided the pandemic remains under control.

Switzerland will ease restrictions under a three-stage plan, gradually opening businesses and schools which have been closed for a month. Companies which provide personal services, like hairdressers and physiotherapists, will be allowed to return to work from 27 April, with customer limits removed. Then, following a gap of two or three weeks for monitoring, schools could reopen on 11 May. Bars and restaurant will remain closed until at least 8 June.

Restrictions on two categories of shops – stationers and children’s clothes – were lifted on 14 April but all other lockdown measures will be kept in place. 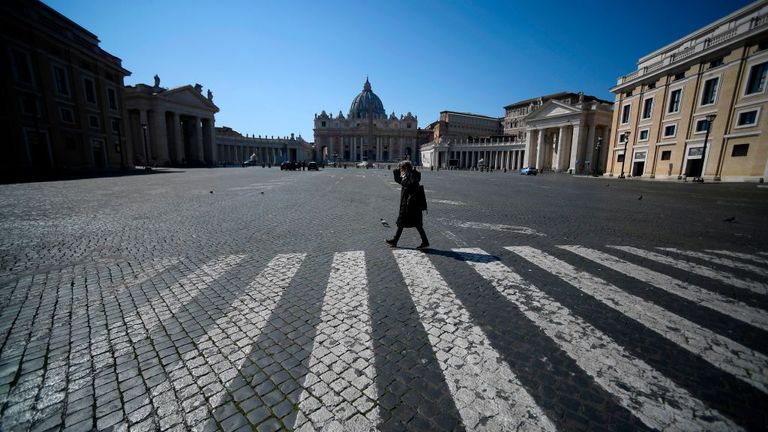 The Finnish government said it would end a blockade of a key southern region that included the capital Helsinki, in the first easing of restrictions.

Chancellor Angela Merkel said non-essential shops, which have been closed for nearly four weeks, will be allowed to start reopening, with hygiene precautions, if they are up to 800 square metres in area. Some stores can reopen irrespective of their size. But a ban on public gatherings of more than two and a requirement to keep 1.5m from others, which has been in place since 23 March, will remain beyond Sunday. Officials will review the situation again on 30 April. Border controls will be extended.

Denmark has begun to relax its strict lockdown measures by allowing some classes to return nationwide to school. It only applies to certain year groups, while other students must continue to study from home. Gatherings of more than 10 people remain banned. Trades that have close physical contacts with customers remain closed. Restaurants and cafes can still only serve takeaway.

On Tuesday, the government relaxed some restrictions, allowing some Czech citizens to travel abroad for business trips, visit relatives or see doctors. Those who have spent more than two weeks abroad, including lorry drivers, still have to be quarantined. 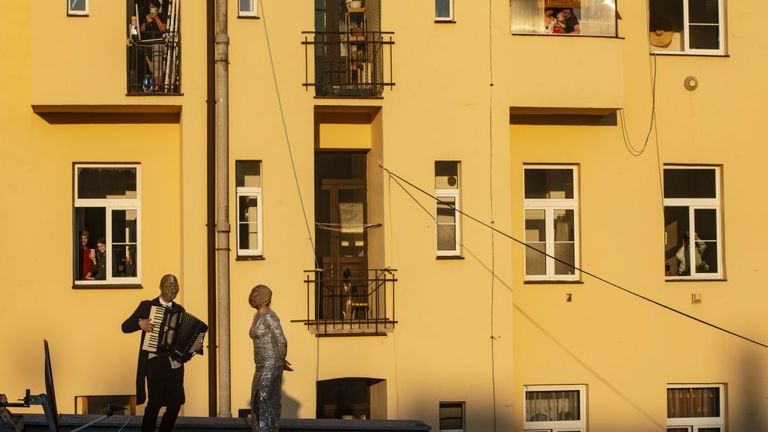 Starting this weekend, thousands of Slovenians who own holiday homes will be allowed to leave their main homes in towns or cities to visit the properties in the countryside. Late on Wednesday, the government also allowed some sport activities that do not entail close contact, such as yoga, cycling or tennis.

Lockdown measures on shops will be lifted from 19 April, but borders will remain closed until 3 May.

The mayor of Wuhan, where the pandemic started, said on Wednesday the city aimed to fully resume rail, flight and freight operations by the end of this month after a more than two-month lockdown was lifted on 8 April.

Restrictions will be eased on Monday to revive manufacturing and farming in rural areas, India’s home ministry said on Wednesday. New measures will also permit the construction of roads and buildings in those rural areas. The inter-state transport of goods, essential and non-essential, will be allowed. 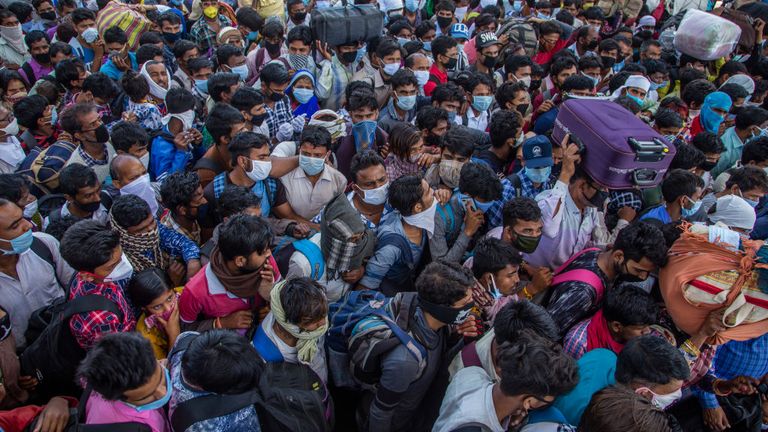 Prime Minister Jacinda Ardern has said from next Wednesday primary schools would reopen but attendance would be voluntary. Some business can reopen, including drive-through and delivery restaurants. Malls and retail stores will remain closed and large gatherings banned.

Donald Trump is preparing new guidelines allowing some states to quickly relax social distancing measures. The new guidelines, expected to be announced on Thursday, are aimed at clearing the way for an easing of restrictions in areas with low transmission rates. The ultimate decisions will remain with governors.

Many of the key lockdown rules are being extended for two weeks but the government said garden centres and do-it-yourself shops could open under the same conditions as essential food stores now. Officials said Belgium will start reopening the economy after 3 May if cases continue to taper off over the few next weeks.

The Middle East’s worst-hit country lifted a ban on travel within provinces on Sunday and said restrictions on trips between provinces end on 20 April. Businesses seen as lower risk were allowed to reopen last Saturday outside Tehran and will reopen from 18 April in the capital. 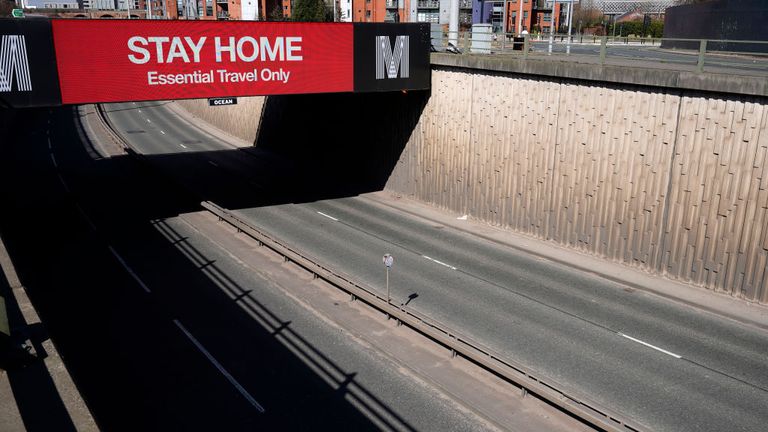 It is too early to lift the lockdown because the virus would “run rampant” if the government eased social distancing measures, Health Minister Matt Hancock said on Thursday.

France has renewed its lockdown until 11 May, despite signs the rate of infection is past its peak in Paris.

A partial lockdown is in place until 4 May with the wearing of masks mandatory for people outside of their homes. There are signs the virus is growing in migrant worker communities.

Portugal’s infection cases curve has flattened but not enough for lockdown measures to be lifted and the economy to be reopened, government ministers have said. 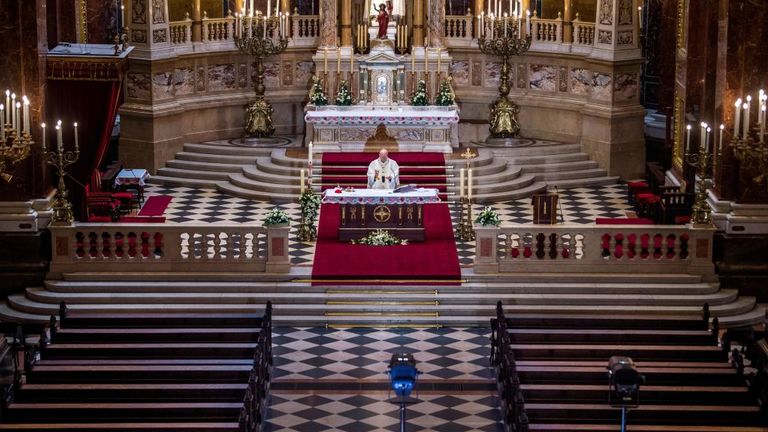 Lockdown measures are being extended by one week, Prime Minister Victor Orban’s chief of staff announced on Thursday, with the situation being reviewed every Wednesday.

Non-essential businesses will remain shut for several more weeks, Prime Minister Justin Trudeau said on 14 April, with the lockdown in the nation’s most populous province Ontario extended for another 28 days.

No definite end date to the lockdown has been announced, and Prime Minister Scott Morrison said on Thursday that restrictions on movement will continue for at least four more weeks.

Greek officials have cautioned against early talk of lifting the country’s lockdown, stating that any measures will have to be very seriously weighed and the effects of restrictions being eased abroad studied. 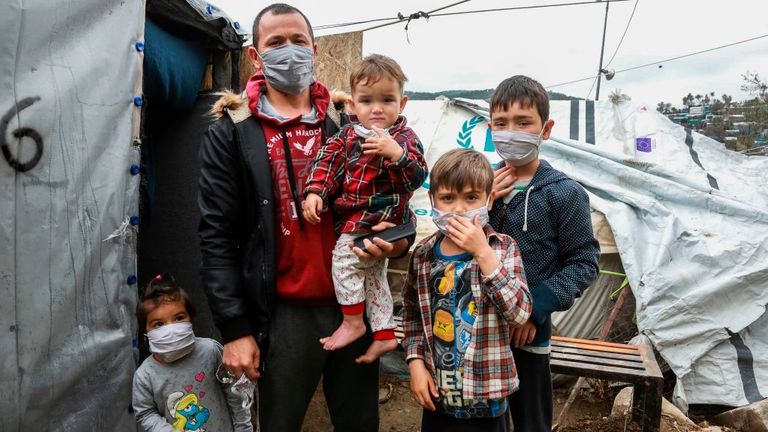 Officials have said they will extend the lockdown in 12 provinces, including the capital Hanoi and the southern metropolis of Ho Chi Minh City for a further seven days.

Lockdowns are set to continue in the largest Brazilian cities and most states, with Sao Paulo extending social distancing measures until 22 April and Rio de Janeiro until 30 April.

Lockdown has been extended until 26 April, but the government is considering widening the list of essential services to allow some businesses to get back to work.

Authorities are widely expected to extend the shutdown of schools and non-essential businesses beyond 30 April, as they brace themselves for coronavirus infections to accelerate.

A nationwide lockdown was extended indefinitely this week, along with the ongoing ban on pilgrimages to the holy city of Mecca. 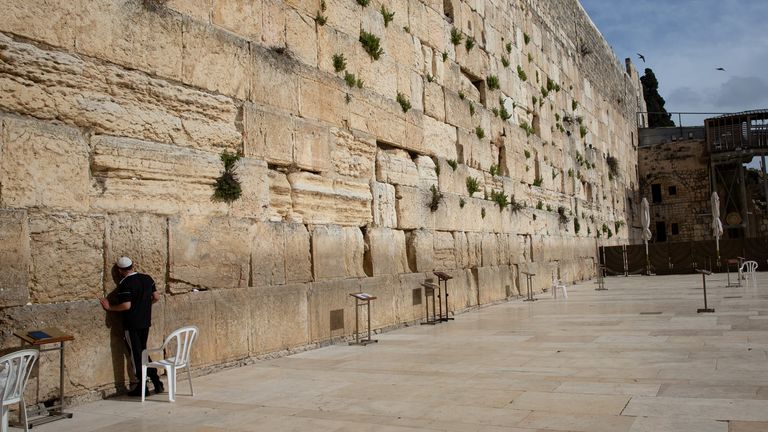 The country’s “stay-at-home” order has been kept in place for all except those who work in vital industries, as officials said any exit strategy will be “slow and responsible”.

A complete lockdown has been extended until the end of April but the country said key sectors could be reopened gradually under “strictly controlled conditions”.

The lockdown in the states of Lagos, Abuja and Ogun has been extended until 27 April.

Most large African nations so far have no plans to ease restrictions.

Although Japan’s measures are still some way short of a full lockdown, the state of emergency introduced on 7 April, which was imposed for a month, gave authorities more power to force people to stay at home and businesses to close. It currently covers about 44% of Japan’s population. Local media reported on Thursday that the country was preparing to expand the emergency nationwide. 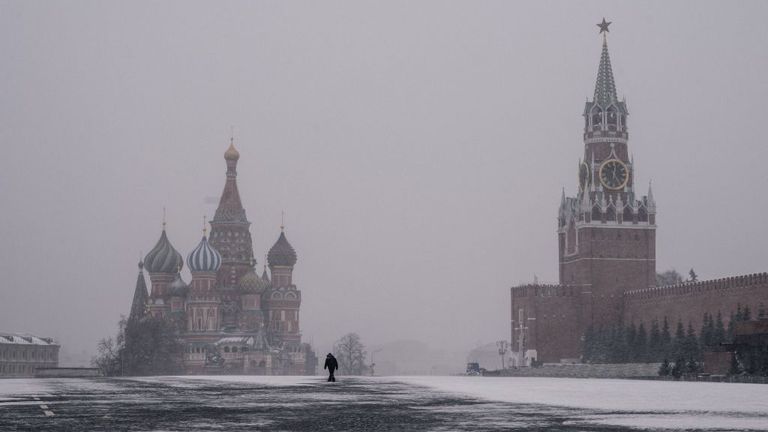 A new system of passes controlling the movement of people within Russia’s capital has been introduced, resulting in long queues on main roads and into metro stations.

Prayers in mosques and churches across the capital of Khartoum have been suspended after, earlier this week, the government decided to lock down the capital for three weeks starting on Saturday, including a round-the-clock curfew.