Boris Johnson is reportedly considering plunging England into a second lockdown next week, making the country the latest in Europe to impose new national restrictions.

Everything except essential shops and education settings could be closed under the new measures.

Across the continent, countries are heading back into different forms of lockdown in a bid to limit the spread of coronavirus. 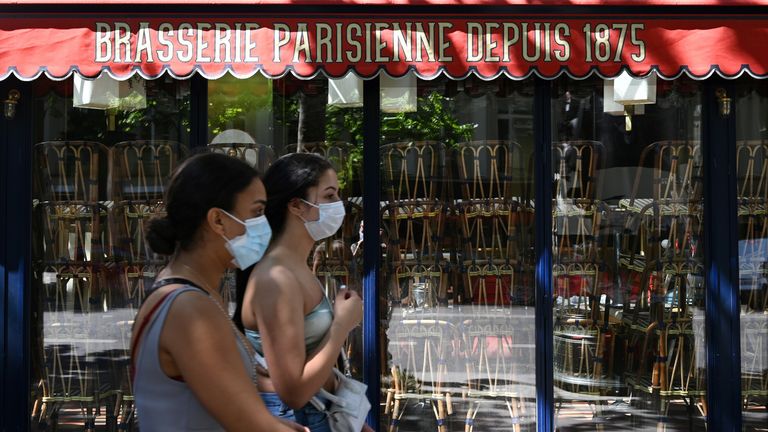 France, Germany, Belgium and Greece have become the latest countries to announce second lockdowns. Increased measures have also been announced in Spain and Italy, among others.

Here’s what the restrictions look like across the continent.

Until 1 December, people in France will only be allowed to leave their homes to buy essential goods, for medical reasons and to exercise for an hour a day.

Anyone who wants to go outside will be required to fill out an “attestation” – a form that was also required to leave home during the first lockdown.

The Le Parisien newspaper says the office of the French prime minister has confirmed that people will be allowed outside up to 1km from their home.

This also means all non-essential businesses will be forced to close, including restaurants, bars and many shops.

Mr Macron noted the figure is more likely to be between 40,000 and 50,000 “new identified contaminations each day”.

More than half of France’s intensive care units are also already filled with COVID-19 patients.

A travel ban will be in place between regions, while national borders with counties outside the Schengen Area will be closed.

Remote working has been advised where possible and universities are set to move their teaching schedules online.

Unlike the first lockdown, however, schools and creches will remain open. Care home visits will also be allowed. 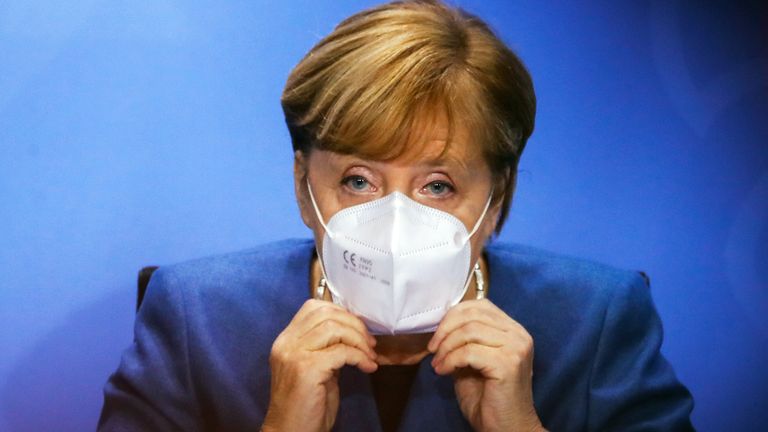 Germany will impose a partial lockdown from 2 November, which will last for four weeks.

Under the rules, bars and pubs will close, while restaurants will remain open for takeaways only.

Shops will remain open with restrictions on space – meaning a maximum of one person per 10 square metres of shop floor will be permitted.

Gyms, cinemas and theatres will close, along with hotels closing to tourists.

Indoor gatherings will be limited to 10 people and can include no more than two households.

Like France, schools, nurseries and day care centres will stay open – and care homes will be able to admit visitors.

On Saturday, the national disease centre, the Robert Koch Institute, reported 19,059 confirmed new cases over the last 24 hours, and another 103 deaths. The figure – up from the previous record set Friday of 18,681 – takes Germany’s total cases since the pandemic started to 518,753 and its death toll to 10,452. 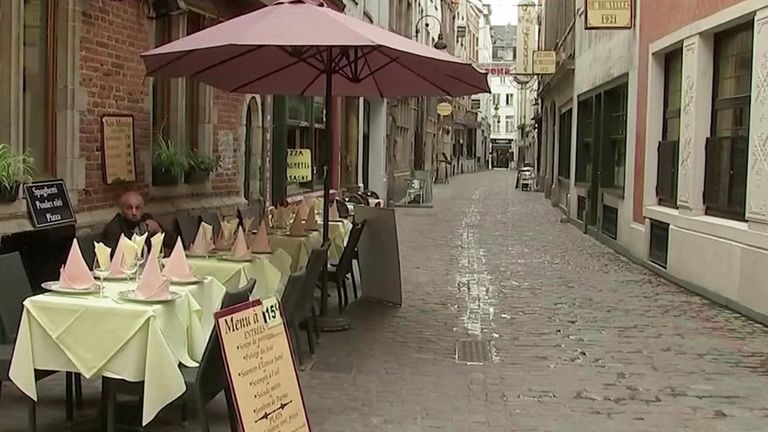 Belgium has imposed a partial lockdown after being hit harder by the virus than any other country in the European Union.

Gyms, pools and other cultural and leisure facilities are also closed.

A week earlier, all bars and restaurants across the country were shut for four weeks, with only takeaways allowed, and a ban on selling alcohol after 8pm was imposed.

Working from home is mandatory, if possible.

Belgians are allowed to welcome only one close contact into their homes.

Those who live alone will be allowed two of these so-called “cuddle contacts”. Beyond their home, gatherings will be limited to a maximum of four people.

The European Center for Disease Prevention and Control on Friday ranked Belgium as the worst affected nation in the 27-nation bloc, with 1,600 cases per 100,000 people.

Around half of the nation’s intensive care beds are now being used for coronavirus patients. 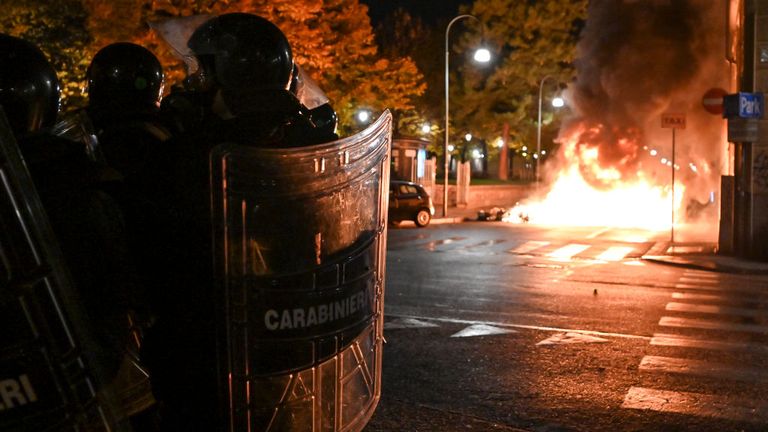 New restrictions were introduced on Monday 26 October and will remain in place for a month.

All bars and restaurants have to close by 6pm, but can provide takeaways after this time, although schools and work places remain open.

Gyms, swimming pools, theatres and cinemas are closed but museums remain open and people are asked to not leave their immediate areas.

Gatherings for weddings, baptisms and funerals are banned. Face masks are already compulsory everywhere apart from at home.

In Italy, a record high of 24,991 cases was reported on Wednesday, which came as thousands of people protested against re-imposed lockdown measures.

This resulted in clashes in several parts of the country as police dispersed anti-lockdown protesters with tear gas in Milan, and petrol bombs were thrown in Turin. Huge crowds also gathered in Naples.

Greece will shut down restaurants, bars, cafes, cinemas and gyms across a large part of the country, including the capital Athens, after a surge in coronavirus cases.

Outlining the measures in a televised address, Prime Minister Kyriakos Mitsotakis said the changes will take effect on Tuesday morning and last for the whole of November.

Restaurants in the affected areas will still be able to offer food for takeaway and deliveries.

Mr Mitsotakis said masks will become mandatory across the whole of Greece and a curfew will come into force from midnight to 5am.

University classes across the country will have to be conducted online. But in contrast to the spring lockdown, travel within the country will not be affected and retail shops will stay open. 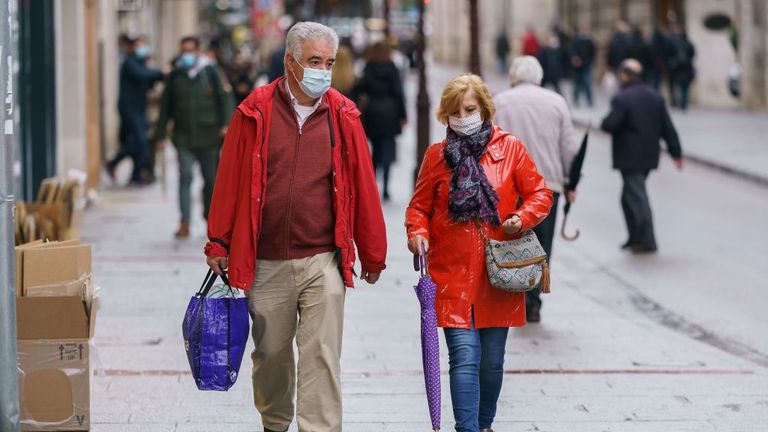 Spain declared a state of emergency and began a nationwide curfew between 11pm and 6am on Sunday 25 October.

Territorial restrictions are in place and meetings of more than six are banned across the country.

People are only allowed to make a journey if going to work, buying medicine or caring for someone.

Prime minister Pedro Sánchez is seeking approval to prolong the measures – currently in place for 15 days – until 9 May.

Face masks already have to be worn on public transport and indoors in public spaces, with a lot of regions making masks compulsory outside too.