Italy, the worst-hit country in Europe, has recorded its lowest number of new coronavirus-related deaths in more than three weeks.

For the ninth consecutive day, the number of patients admitted into intensive care with the virus was down, and the number taken to hospital overall also fell. 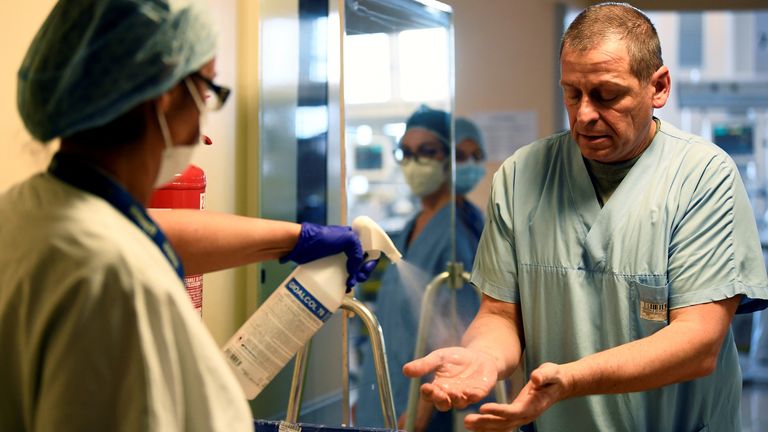 As Italy began its fifth week under lockdown, more than 4,000 people were diagnosed, continuing a general flattening of the so-called curve.

But officials have noted the nation has also increased the number of people being tested in recent days, with more positive cases, but allowing for more effective quarantine measures for those once they know they are infected.

On Sunday, the country passed the one million mark in testing, doubling the number since the end of March.

Overall, 156,363 people have been confirmed to have the virus, although it is claimed the true number could be as much as 10 times that, particularly in the hard-hit Lombardy area.

Meanwhile, Italy’s civil protection agency has arranged for rescued migrants to be placed in quarantine to check for coronavirus infections on ships or on land.

More than 1.8 million people worldwide have now been infected, and over 113,000 have died, according to the Johns Hopkins University, which is tracking the pandemic.

Spain has now overtaken Italy in terms of cases, with more than 166,000 – second only to the United States – and almost 17,000 people in Spain have died with the virus.

The country’s latest fatality figure rose for the first time in three days on Sunday, to 619, bringing the total to 16,972.

More than 60,000 patients have recovered.

Spain also recorded its lowest daily growth in confirmed infections in three weeks, as it prepares to loosen its strict lockdown measures and allow some workers to return to their jobs.

Those who can work from home are strongly being encouraged by authorities to continue doing so.

The total number of infections in Britain now stands at 84,279.

The US now has 542,023 cases, according to the Johns Hopkins University, and 21,489 people have died – more than in any other country worldwide.

In France, the number of deaths – which includes figures from hospitals and nursing homes – rose by 561 to 14,393 as of Sunday.

But for the fourth day in a row, slightly fewer people were admitted into intensive care.

However, the country’s health authority said it was important to remain vigilant because hospitals were still taking in a very large number of patients.

Russia reported its largest daily increase of cases on Sunday – 2,186 – since the outbreak began.

Moscow and many other regions have been in lockdown for almost two weeks, but the number of cases reached 15,770 – while the number of deaths rose to 130.

Authorities in the capital have clamped down on those venturing outside without a reason, such as to buy food or medicine, get medical treatment, walk the dog, or take out the rubbish.

Around 3.5 million people there, in a city of 12.5 million, reportedly left their homes for more than six hours on Friday, according to a track analysis of their mobile phones – and more than 1,300 fines have been issued for breaking rules.

Moscow is preparing to introduce digital permits next week to control movement to help enforce the lockdown. 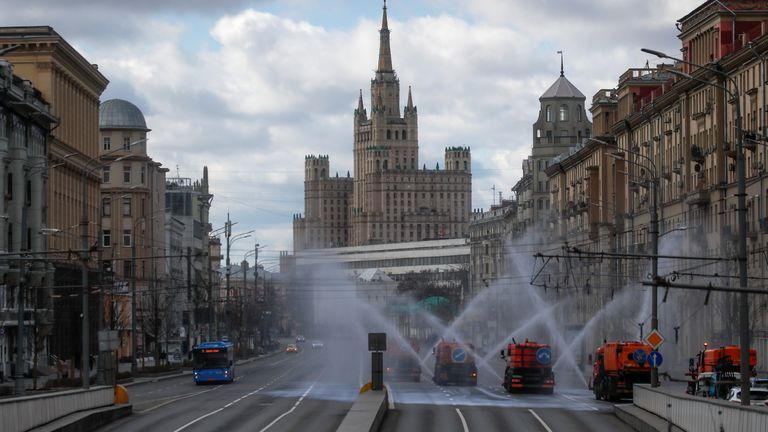 In Japan, two workers’ groups have issued a joint statement warning about a “collapse of emergency medicine,” which may lead to the collapse of medicine overall.

The Japanese Association for Acute Medicine, and the Japanese Society for Emergency Medicine have said healthcare facilities are being stretched amid a surge in coronavirus patients.

The statement said many hospitals were turning people away who were brought in by ambulance, including those suffering strokes, heart attacks and external injuries.

It said that some who were not accepted, later turned out to have the virus.

Japan – which has declared a state of emergency and is asking people to stay at home – has nearly 7,000 cases, and 108 deaths, but the numbers are growing.