India to use planes and naval ships to bring back hundreds of thousands of nationals stuck abroad due to COVID-19. 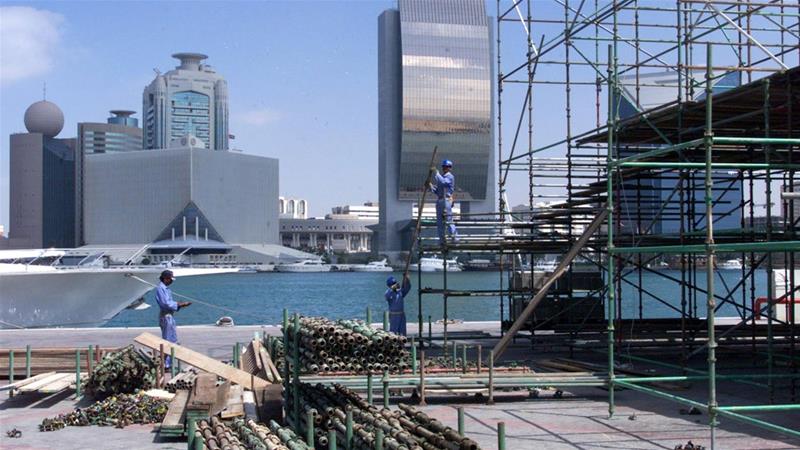 India has embarked on a “massive” operation calling on passenger jets and naval ships to bring back some of the hundreds of thousands of nationals stuck abroad due to coronavirus restrictions, the government said.

India banned all incoming international flights in late March as it imposed one of the world’s strictest virus lockdowns, leaving vast numbers of workers and students stranded.

A defence spokesman told AFP on Tuesday that two ships were en route to the Maldives and another to the United Arab Emirates (UAE) – home to about 3.4 million Indian nationals, who make up about 30 percent of the Gulf state’s population.

Evacuees will have to pay for their passage the statement said, without elaborating, and spend 14 days in quarantine on arrival.

“COVID test would be done after 14 days and further action would be taken according to health protocols,” it added.

The consulate in Dubai said it alone had received almost 200,000 applications, appealing on Twitter for “patience and cooperation” as India undertakes the “massive task” of repatriation.

The oil-rich Gulf region is reliant on the cheap labour of millions of foreigners – mostly from India, Pakistan, Nepal and Sri Lanka – many of whom live in squalid camps far from the region’s showy skyscrapers and malls.

But coronavirus and the devastating economic effect of the pandemic has left many workers sick and others unemployed, unpaid and at the mercy of sometimes unscrupulous employers.

More than 60 flights are also being arranged to bring home those stranded in the Gulf, the United States, the United Kingdom, Bangladesh, Singapore, Malaysia and the Philippines, Punjab state’s special chief secretary KBS Sidhu tweeted on Tuesday.

The flights will bring an average of 2,000 people back to various Indian states and territories every week, a foreign ministry document shared by Sidhu stated.

So far, some 20,000 Indians in the US have signed up for the evacuations, The Times of India reported.

But some Indians said they would not be able to pay for their evacuations and pleaded with the government for help.

“I request govt to take all of us at no charge during this crisis situation as we are all struggling here due to prolonged lockdown,” tourist Sadhana Srivastava tweeted from Dubai.

“I’m homeless now after I lost my job in March, please take me to India or else I will be in a big trouble here in Dubai, please help me sir,” Saroj K Swain wrote on Twitter.

The UAE has been the most vocal among Gulf countries in demanding governments take workers back, with almost 23,000 having left as of April 20.

But New Delhi had, until now, refused to cooperate, baulking at the logistical and safety nightmare of repatriating and quarantining returning citizens.

India had earlier evacuated some 2,500 Indians from China, Japan, Iran and Italy before banning international and domestic travel.

India, the world’s second-most populous nation with 1.3 billion people, on Tuesday reported 46,433 cases of the infectious disease and 1,568 deaths.