ATHENS (Reuters) – Dozens of migrants in a hostel in southern Greece tested positive for the coronavirus on Tuesday as the government set a date to start a gradual easing of a lockdown. 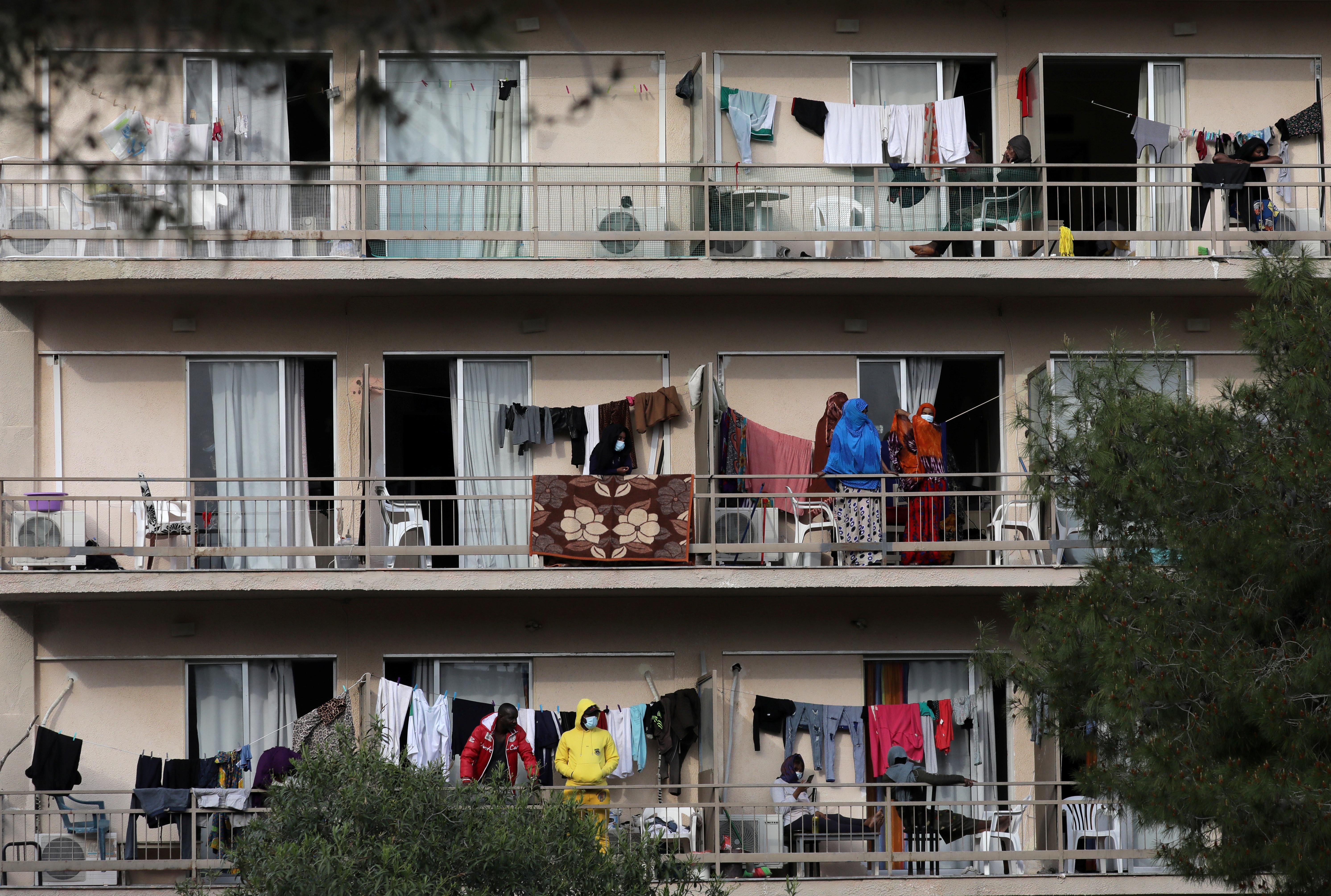 Compared with Italy, Spain, France and Britain, Greece’s toll from the coronavirus is low, but concern is mounting over its migrant population.

The hostel has been quarantined since April 16, the third migrant facility in the country to be hit by the virus.

The 497 people who live and work there were tested after a pregnant woman tested positive last week, the migration minister said. Among the migrants, mainly from Africa, are many children, officials said.

On Tuesday, test results showed that 150 people had been infected, although none had developed any symptoms of COVID-19, the disease caused by the coronavirus, Deputy Civil Protection Minister Nikos Hardalias said.

“There is no reason for panic,” Hardalias told reporters outside the facility. “The measures (we have taken) are adequate to contain the spread of the virus.”

Sotiris Tsiodras, the government’s chief scientific advisor on the virus, said the country verified 156 more COVID-19 positive cases on Tuesday, 150 focused on the hostel in the small town of Kranidi, some 170 km south of Athens.

“Until now we have not detected any symptomatic patients who may require further care,” Tsiodras said. He said a field clinic was being created in the area and the regional medical centre would be reinforced.

He added that the ‘R0’ (R-naught) factor, a medical gauge to show how an infectious virus could multiply, was “significantly” below 1 in Greece, meaning that, on average, less than 1 person could be infected from a person already COVID-19 positive.

“That gives us some room to relax the measures, which will be done gradually and carefully,” he said.

Greece, which adopted lockdown measures to try to slow the spread of the new coronavirus on March 23, has registered 2,401 infections since its first case surfaced in late February. The death toll is 121.

Government spokesman Stelios Petsas told reporters the cabinet was working on a transition plan to gradually ease the lockdown. He said that judicial services would start to resume on Monday, April 27, when the lockdown is scheduled to end.

“A gradual return to normality starts symbolically with the judicial services on April 27,” he said in a televised briefing, adding land registries, county courts and courts of first instance would resume certain operations.

Petsas said that next week Prime Minister Kyriakos Mitsotakis would lay out Greece’s transition plan, likely to begin by lifting restrictions for lower-risk groups and business.