HAVANA (Reuters) – A British cruise ship that has been stranded for more than a week in the Caribbean after several cases of the new coronavirus were confirmed onboard is set to dock in Cuba on Wednesday to allow weary passengers to disembark and fly home. 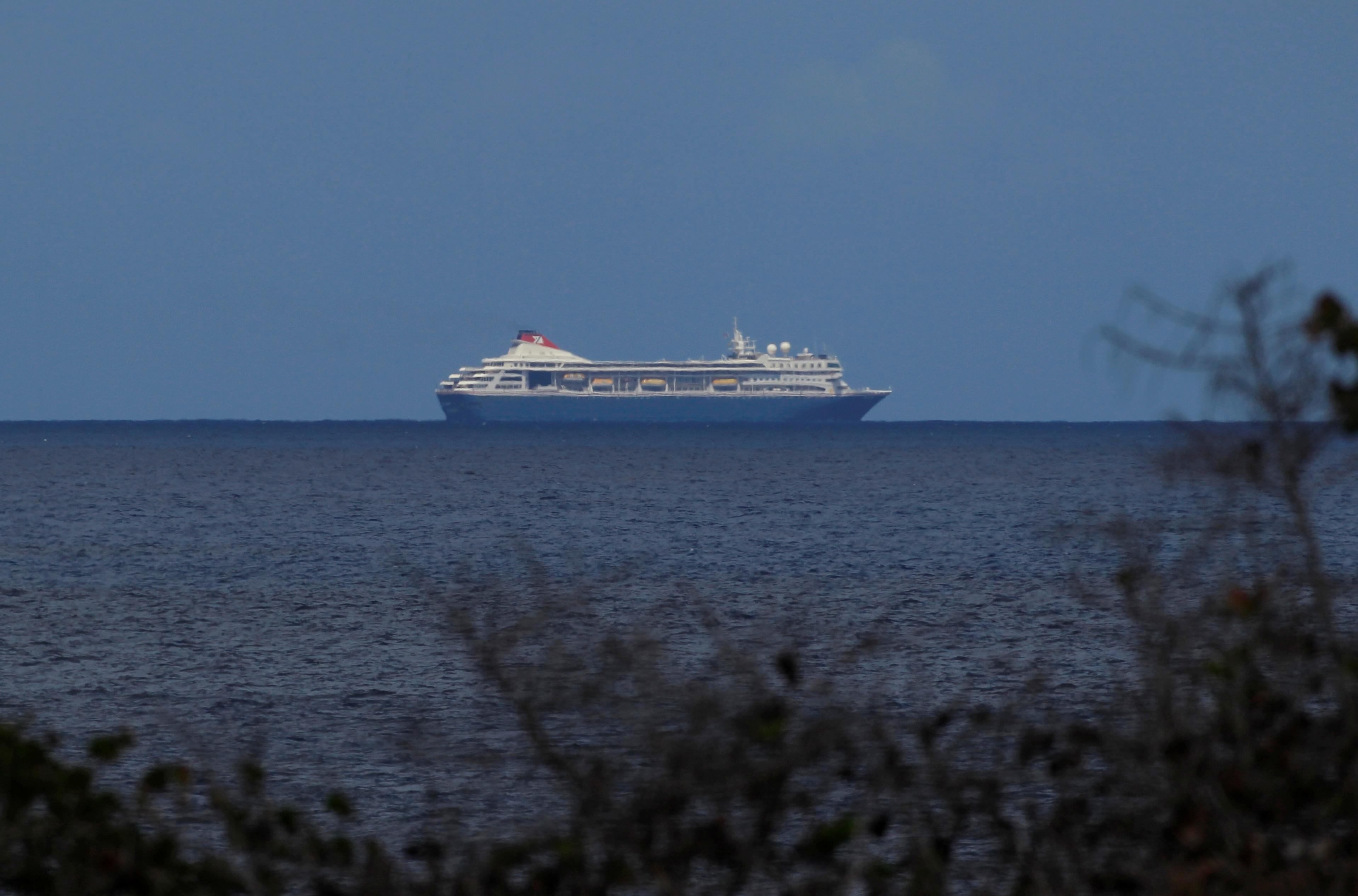 Britain’s Foreign Minister Dominic Raab expressed gratitude on Tuesday in parliament to Communist-run Cuba for offering a safe haven to the Braemar, which has more than 1,000 mainly British passengers and crew aboard after several Caribbean ports refused to let it dock.

The novel coronavirus, SARS-CoV-2, has plunged the cruise industry into chaos as the global tightening of entry requirements has left many ships stranded or quarantined. Cruise lines have suspended future trips in recent days.

Fred Olsen Cruise Lines, which operates the Braemar, said it would dock at the Mariel port, just west of Havana, early on Wednesday.

Passengers would return to Britain from the capital’s international airport in the evening on four charter flights, it said, including a separate one for passengers who had received a positive diagnosis for coronavirus or displayed any flu-like symptoms.

Any not considered well enough to fly would be offered support and medical treatment in Cuba.

There are 28 passengers in isolation on the Braemar who have shown influenza-like symptoms, Fred Olsen Cruise Lines said. This includes two people who tested positive for the new coronavirus at its last port of call, Willemstad, Curaçao, on March 10.

Since then the ship was refused docking in Barbados and the Bahamas, which are both part of the British commonwealth – an irony not lost on some passengers.

“We should all remember what #Cuba has done for us, stepping in when none of the British Commonwealth countries and protectorates in the region offered any help,” tweeted one passenger aboard the Braemar, Steve Dale.

The coronavirus has been slower to reach and spread in the Caribbean than much of the rest of the globe.

The Cuban government has so far confirmed seven cases in Cuba, after reporting its first ones last week.

Authorities are screening travelers at airports and have stepped up the production of face masks while banning large cultural events. Family physicians are paying more home visits to monitor local communities.

Yet the government has not canceled flights from countries hardest hit by the pandemic, restricted internal movement or banned social gatherings, in contrast to other countries in the region, eliciting concern among some Cubans, as has the arrival of the Braemar.

“There were only a few cases … but now we are filling up on more,” said Pablo Cruz Estrada, 28, while polishing up a 1948 Dodge at a car wash in Havana, known for its vintage U.S. cars. “Who would come up with such an idea?”