The mayor of a city on the Amazon river where coronavirus victims are being buried in mass graves has appealed to environmental campaigner Greta Thunberg for help.

Manaus, in Brazil’s Amazonas region and in the heart of the rainforest, has become one of Brazil’s COVID-19 hotspots, reporting 3,941 confirmed cases and 357 deaths by Friday.

A surge in fatalities during April as a result of the coronavirus outbreak has left hospitals, emergency responders and cemeteries overwhelmed. 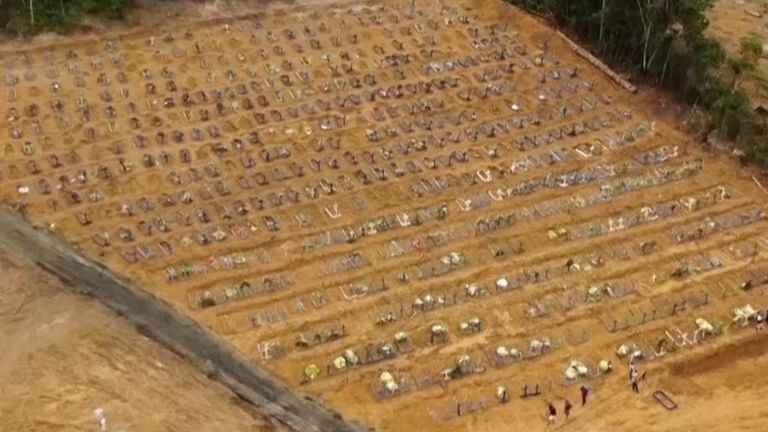 It has led to bodies being put in mass graves with mechanical diggers being used to cover the corpses with earth.

Mayor of Manaus Arthur Virgílio Neto said in a video posted on Saturday: “My very dear Greta Ernman Thunberg… I’m telling you that we are needing help. We have to save the lives of the protectors of the forest.

“We are in front of a disaster, something like barbarism,” he said.

At the time of writing, the Swedish teenager had not replied directly, but the same day she retweeted a post by Greenpeace warning that indigenous Amazon people were under greater threat during the pandemic.

In the video, which starts with the message: “SOS Manaus-AM, Save the Protectors”, Mr Neto is filmed sitting at his desk, speaking in English. 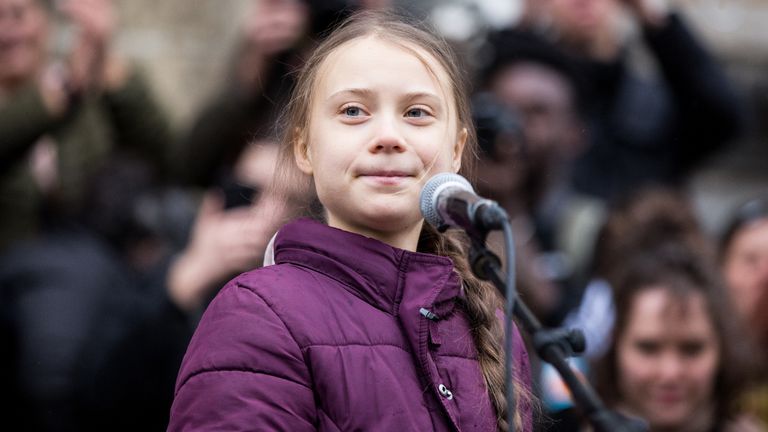 The city, in in northwestern Brazil, is home to about two million people, thousands of whom are indigenous people from the Amazon jungle.

During April, 2,435 deaths were registered at the city’s public cemeteries, almost double the 2019 total. While hundreds of deaths have been put down to COVID-19, the actual figure is unknown.