On Saturday evening, Mount Nyiragongo in the Democratic Republic of Congo erupted and killed 31 people, with at least 40 people still missing. Molten lava cascaded downhill towards the city of Goma, which is home to some two million people. The eruption over the weekend destroyed 17 villages and ruined thousands of homes, with the lava stopping only 300 metres away from the capital’s airport.

On Thursday, tens of thousands of people fled the city after warnings were issued that a second eruption could occur.

According to local authorities, recent indicators suggest a second eruption could start “with very little or no warning”, with magma detected “under the urban area of Goma”.

Local military governor, General Constant Ndima, said in a public address: “Current data on seismicity and the deformation of the ground indicate the presence of magma under the urban area of Goma, with an extension under Lake Kivu.

“We can’t rule out an eruption on land or under the lake, which could happen very soon and without warning. 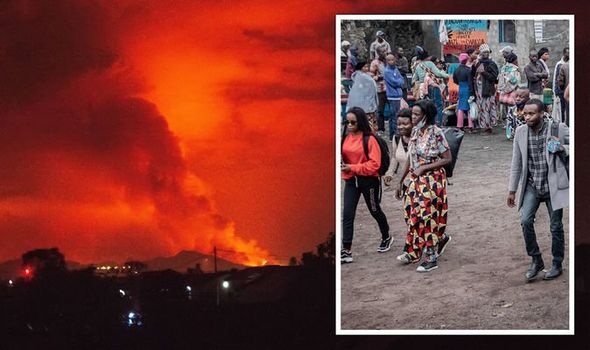 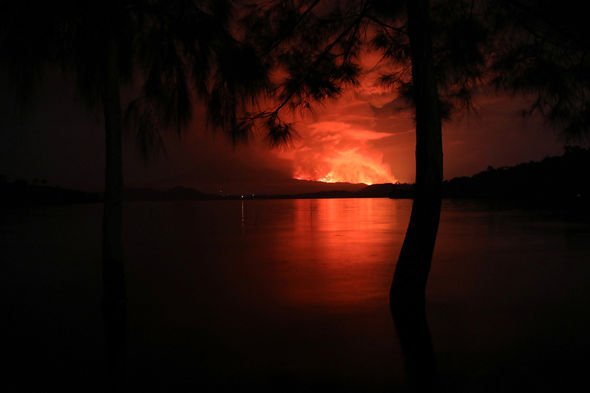 “The situation can change rapidly, and is being constantly monitored.”

There were also warnings over the potential for magma to merge with the lake water, which could also create poisonous gas.

He said the “destabilisation of the volume of gas dissolved in Lake Kivu and the emission of potentially dangerous gases at the surface” could be a problem.

People have been asked to evacuate the area calmly and people have taken to leaving the area on foot, by car and by boat. 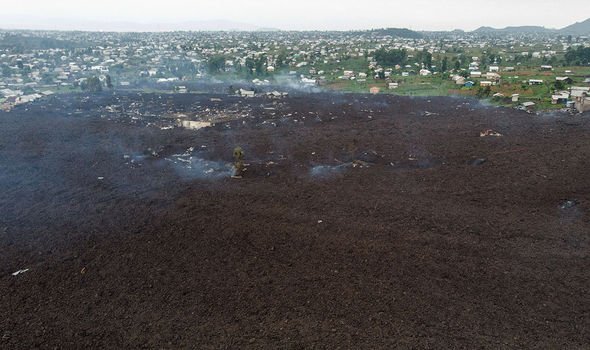 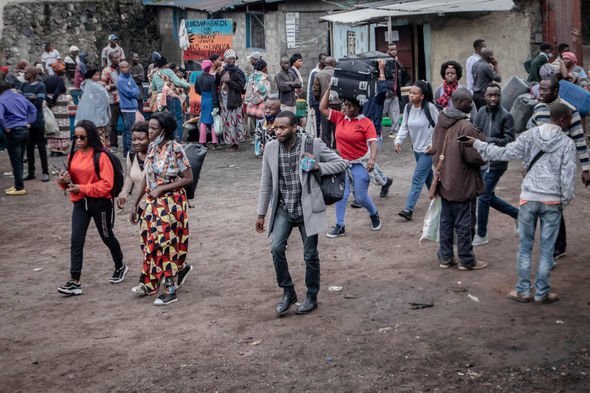 Chiara Frisone, a spokeswoman for the United Nations children’s fund, told Reuters: “People are running to the west, to Sake, and east to Rwanda.

“There are long lines of cars with mattresses, supplies and water, people on motorbikes.”

She added: “There are local people and international organisations as well, it’s quite a chaotic situation.” 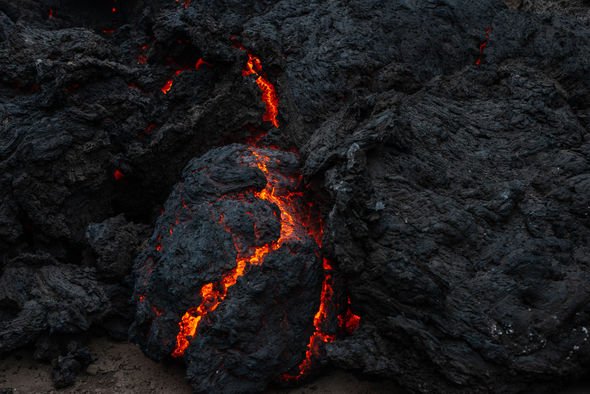 The Goma Volcano Observatory warned in a report on May 10 that seismic activity had increased.

Mount Nyiragongo is one of the world’s most active volcanoes.

A large stratovolcano, Mount Nyiragongo is located near Lake Kivu at the eastern border of the Democratic Republic of Congo with nearby Rwanda.

With its 1.2km diameter summit caldera, Mount Nyiragongo contains one of the world’s largest and most active lava lakes.

The Mount Nyiragongo volcano has erupted on several occasions over recent decades.

The volcano’s eruption in 2002 destroyed much of the city of Goma’s commercial centre.

At this time, hundreds of thousands of people were forced to flee the area.

Hundreds of people died when the volcano erupted in 1977.