Only 12 light years from Earth, Tau Ceti is the closest single star similar to the Sun and an all-time favourite in sci-fi stories. Habitable worlds orbiting Tau Ceti were destinations of fictional starships like The Expanse‘s Nauvoo and Barbarella’s vessel. Star Trek’s Captain Picard also frequented an exotic bar in the system.

Now, thanks to a new approach to analyzing nearby planetary systems, we have a deeper understanding of the actual worlds that orbit Tau Ceti and many other nearby stars.

Exoplanets — worlds around other stars — have long been staples of science fiction but remained mostly inaccessible to scientific investigations. This all changed over the past decade, when NASA’s Kepler and TESS exoplanet hunter space telescopes added thousands of new planets to the previously short tally of alien worlds.

We, astrophysicists and exoplanet researchers at the University of Arizona’s Steward Observatory and Lunar and Planetary Laboratory, and members of NASA’s NExSS exoplanet research coordination network, have long been fascinated by the secrets nearby unexplored planetary systems may hold.

We have now developed a novel way to figure out whether there are yet-undiscovered planets in these systems.

We realized that by combining what is known about a given planetary system with simple statistical rules, we can predict where yet-undetected planets may reside and how large they may be — just like guessing what pieces are missing from a partially completed puzzle. The new analysis can guide discoveries of new planets, help complete maps of planetary systems in the solar neighbourhood and inform future searches for life. 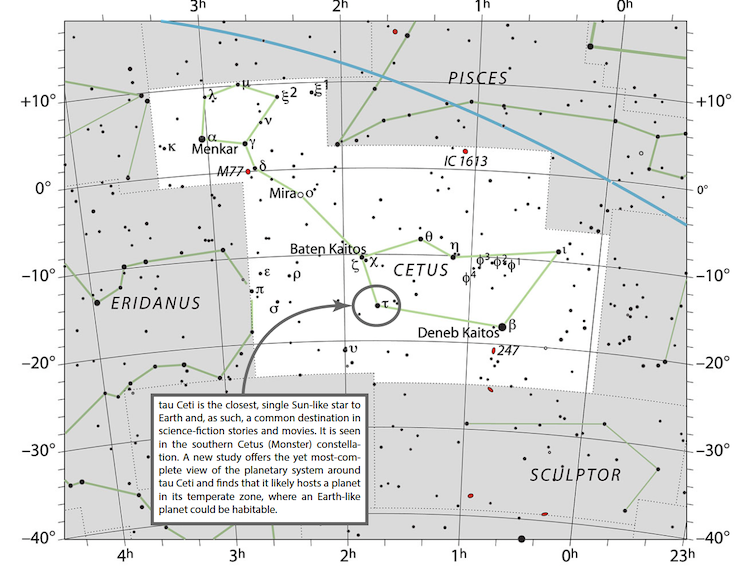 Building up systems with ‘Dynamite’

First, Dynamite considers the locations and sizes of all currently known planets in a given system. In general, the more planets that are known in the system, the easier it is to predict whether any are missing. The second consideration is knowing that planets are more likely to be closer to the star than farther out. Dynamite uses a mathematical description — built up through statistical studies of thousands of known exoplanets — of how far from their host star planets are likely to be.

Although planets are likely to be closer to their host stars, they cannot all be jammed together. Planets all attract each other via gravity, which is much stronger when the planets are closer. Thus, planets that are too close will distort each others’ orbits, often leading to chaotic interactions and even the ejection of one of the planets from their birth systems. This criterion for stability is the third important element that Dynamite uses to predict the architecture of the planetary system.

This article is republished from The Conversation under a Creative Commons licence. Read the original article.