Tensions have risen recently over China’s planned security law which would make it a crime to undermine Beijing’s authority in what Foreign Secretary Dominic Raab promised the UK “would not turn a blind eye to”. Hong Kong was handed back to China from British control in 1997 at the end of a 99-year lease, but under a unique agreement called the Basic Law, which is supposed to protect the democracy of the region. But the people of Hong Kong would already be living under communist rule had Churchill not put up such a furious fight to save the former British colony.

At the height of World War 2, on December 25, 1941, the Governor of Hong Kong, Sir Mark Young, surrendered to Imperial Japan after 18 days of fighting in what came to be known as the Battle of Hong Kong.

Japanese forces had invaded in one of the first assaults of the Pacific War, which would later see them attempt to conquer almost all of its Asian neighbours and launch a horrifying surprise attack on the US naval base at Pearl Harbor.

The Japanese occupation would not end until 1945, following their surrender in the war, and it was unclear whether China or the UK would assume sovereignty of the territory.

Roosevelt tried to pressure Churchill to return the island to China as a concession for its support in the war, but his son, Elliott Roosevelt, would recall in his book ‘As He Saw It’ how a furious exchange endured. 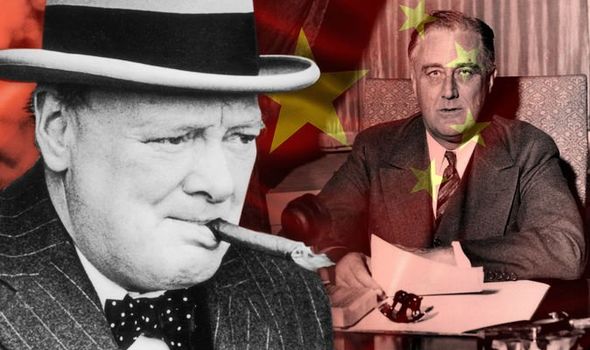 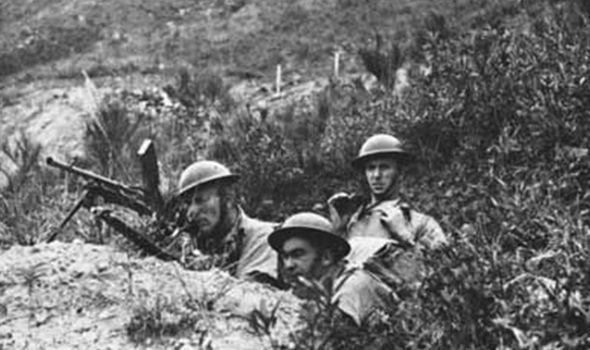 He wrote in 1946: “Father started it, ‘Of course,’ he remarked, with a sly sort of assurance, ‘of course, after the war, one of the preconditions of any lasting peace will have to be the greatest possible freedom of trade.’

“He paused. The PM’s head was lowered, he was watching father steadily, from under one eyebrow.

“‘It’s because of them that the people of India and Africa, of all the colonial Near East and the Far East, are still as backward as they are.’” 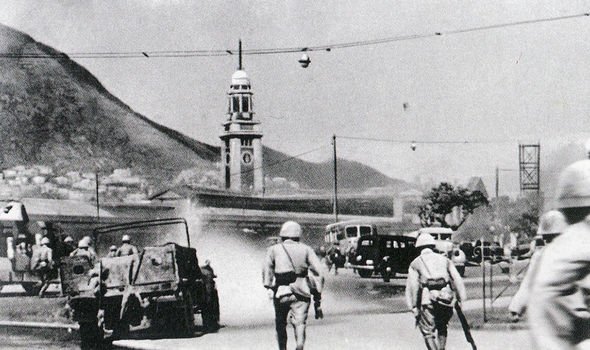 Elliot went on to detail how Churchill’s anger bubbled over.

He added: “Churchill’s neck reddened and he crouched forward ‘Mr President, England does not propose for a moment to lose its favoured position among the British Dominions.

“‘The trade that has made England great shall continue, and under conditions prescribed by England’s ministers.’

“’You see,’ said father slowly, ‘it is along in here somewhere that there is likely to be some disagreement between you, Winston, and me.

“‘I am firmly of the belief that if we are to arrive at a stable peace it must involve the development of backward countries. Backward peoples. How can this be done? It can’t be done, obviously, by eighteenth-century methods.’

DON’T MISS
Coronavirus: Is this PROOF China’s been lying about outbreak? [REVEALED]
‘A stitch-up!’ Scotland braced for 20% MORE funding than England [EXPLAINED]
Coronavirus vaccine to take ‘over 10 years’ as cases surge [ANALYSIS] 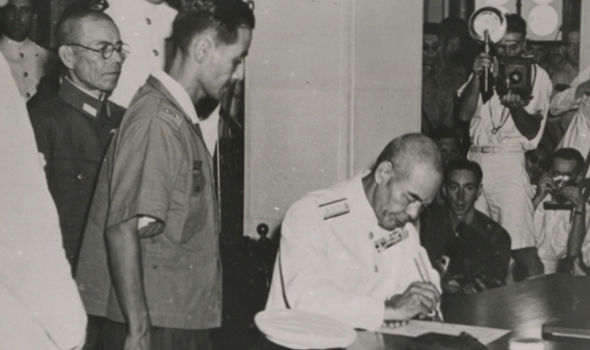 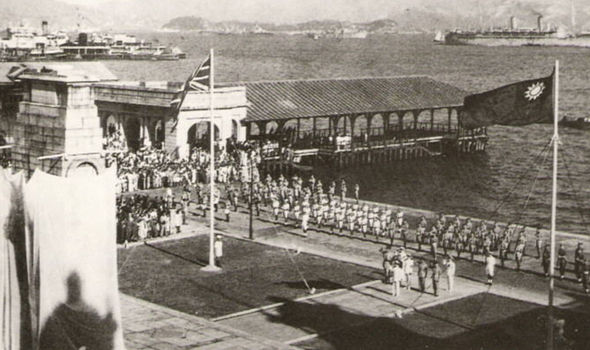 “Around the room, all of us were leaning forward attentively,  Hopkins (Roosevelt’s advisory) was grinning. Commander Thompson, Churchill’s aide, was looking glum and alarmed. The PM himself was beginning to look apoplectic.”

Elliot detailed how Churchill let out a furious rage at Roosevelt.

He added: “The PM said: ‘There can be no tampering with the Empire’s economic agreements. They’re the foundation of our greatness.’

“‘The peace,’ said father firmly, ‘cannot include any continued despotism. The structure of the peace demands and will get equality of peoples.

“‘Equality of peoples involves the utmost freedom of competitive trade. Will anyone suggest that Germany’s attempt to dominate trade in central Europe was not a major contributing factor to war?’

“Churchill told him to his face ‘Hong Kong will be eliminated from the British Empire only over my dead body,’ and called the proposed China policy a “great American illusion.'” 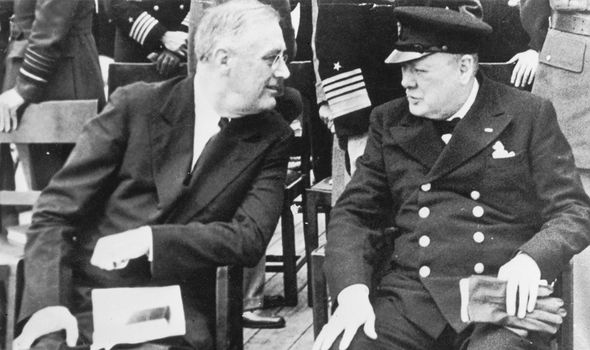 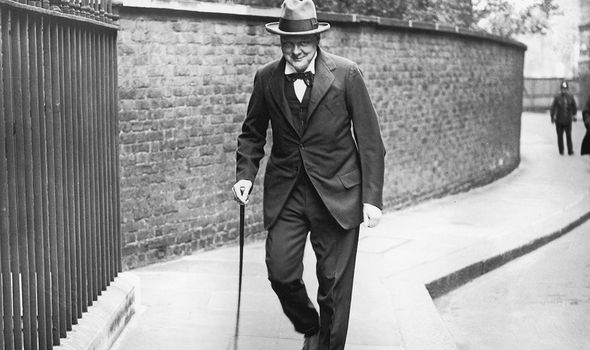 By 1949, the People’s Liberation Army had taken over China and the West was concerned that the Communist Party would move to take over Hong Kong as the end of the 99-year lease edged closer.

On December 19, 1984, Prime Minister Margaret Thatcher and Chinese Premier Zhao Ziyang signed the Sino-British Joint Declaration, in which Britain agreed to return not only the New Territories but also Kowloon and British Hong Kong itself when the lease term expired.

Under the declaration’s terms, Hong Kong would become a special administrative region under the People’s Republic of China, and it was expected to enjoy a high degree of autonomy outside of foreign and defence affairs.

For a period of 50 years after the end of the lease, Hong Kong would remain a free port with a separate customs territory and sustain markets for free exchange.

On July 1, 1997, the lease ended and Britain transferred control of British Hong Kong and the surrounding territories to the People’s Republic of China.