China has said it will impose reciprocal measures in response to US sanctions on Chinese officials over alleged human rights abuses against the Uighur Muslim minority.

The US move marked a serious interference in China’s affairs and was “deeply detrimental” to bilateral relations, foreign ministry spokesman Zhao Lijian told reporters on Friday.

“If the United States insists on acting arrogantly, China will definitely fight back,” Zhao said. “We urge the US to correct this wrong decision. If the US continues to proceed, China will take firm countermeasures.”

US-China relations have been at their lowest point in years as the world’s two largest economies spar over issues including trade, the coronavirus pandemic and Hong Kong.

Chen is seen as the architect of a mass surveillance and detention programme in Xinjiang, which has included the mass internment of an estimated one million Uighurs, Kazakhs and other ethnic minorities over the past four years.

The Politburo member is the highest-ranking Chinese official to be hit by US sanctions so far.

The sanctions were imposed under the Global Magnitsky Act, a law that allows the US government to target human rights violators around the world with freezes on any US assets, US travel bans and prohibitions on Americans doing business with them.

Chinese officials deny the detention facilities in Xinjiang are “concentration camps”, describing them instead as “vocational education centres” where “students” learn Mandarin and job skills in an effort to steer them away from religious extremism following deadly attacks and riots.

However, Chen once said the centres should “teach like a school, be managed like the military, and be defended like a prison”, according to official documents seen by AFP news agency.

According to separate documents leaked to the New York Times, Chen also urged officials to “round up everyone who should be rounded up” after President Xi Jinping called for “absolutely no mercy” against “extremism” following an attack in 2014.

Chen has used militaristic language in public statements, calling in a speech last week for local Communist Party organisations to build themselves up into “strong combat fortresses”.

In Xinjiang stringent restrictions have been placed on religious practices, forbidding beards, the wearing of veils and the distribution of unauthorised religious content.

Members of the Uighur diaspora say their relatives have been arrested for seemingly innocuous acts such as sending Ramadan greetings to friends or downloading popular music. 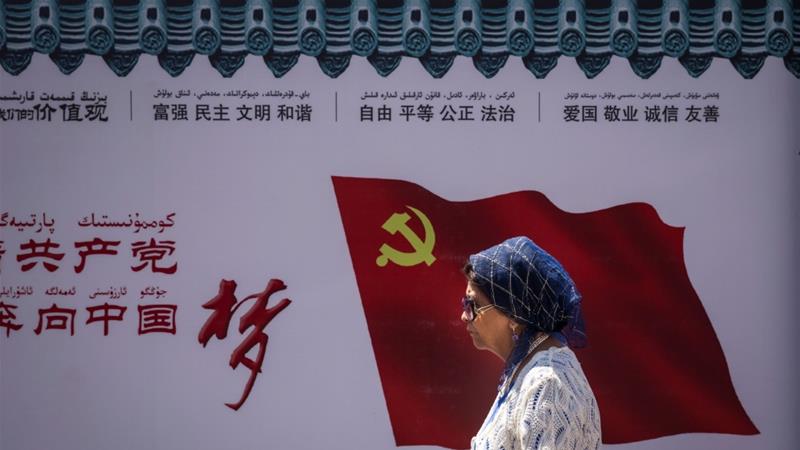 Has the world abandoned the Uighur Muslims?