Iran: Dead fish wash up on the shore in Jask

Thousands of dead fish have washed up on the southern Iranian shore, leading to chilling footage of overwhelmed beaches. One video shows the scale of the dead fish, which extend across the entire beach in Jask, southern Iran. A viewer remarked it’s “what China doesn’t want you to know” as locals blame Chinese fishing companies for the strange sight.

The video, taken on Friday, has already received thousands of retweets.

Iranian journalist Heshmat Alavi, who tweeted out the video, singled out Chinese fishermen for the haunting scene, claiming they use “extreme electrofishing (pulse fishing) methods that are destroying the marine life”.

In a viral Twitter thread, he continued: “This is leaving locals who rely on fishing without any way to make ends meet.

“Locals are saying the marine life is being destroyed by Chinese fishing companies.”

JUST IN: ‘Ruthless’ Macron risks destroying EU reputation in bid to save career 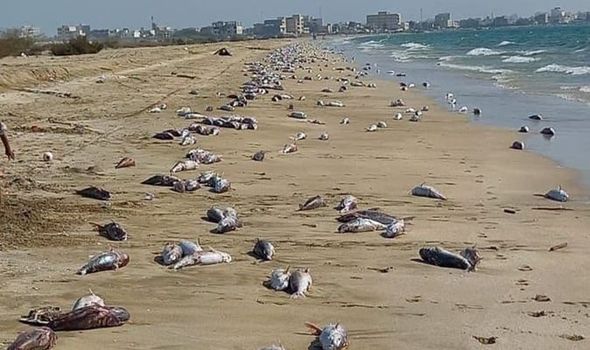 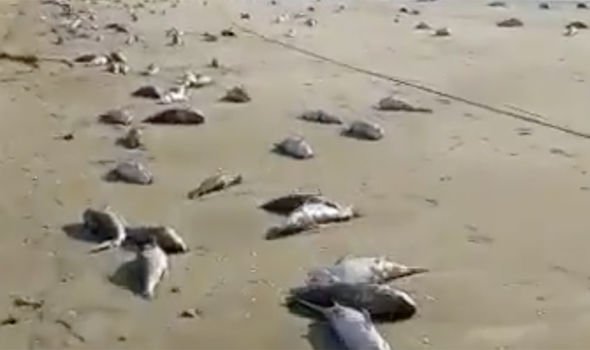 This comes after Iran signed a 25-year strategic partnership deal with the Chinese Communist Party last weekend, following accusations that Iran has sold its sovereignty.

It is the latest extension to China’s vast infrastructure project, the Belt and Road initiative.

The deal has been presented as a route for Iran to outmanoeuvre Western sanctions, with China set to buy up large amounts of Iranian oil.

Mr Alavi continued: “These scenes are making Iranians very angry over the regime’s recent signing of a 25-year cooperation agreement with Beijing. 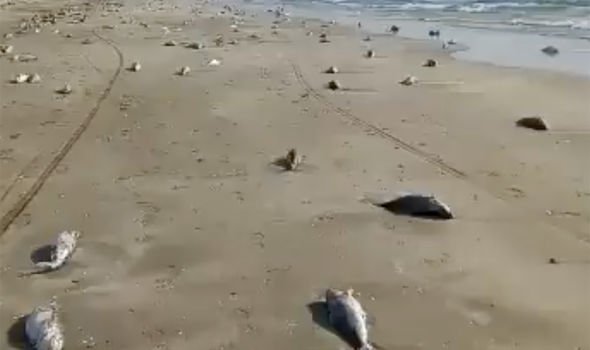 “As more Iranians raise their voice against the Iran-China agreement, it is worth noting that Tehran is allowing Chinese fishing companies use ‘bottom trawling’ techniques in the Gulf of Oman, leaving local fishermen and marine life devastated in SE Iran.

“This is just one example of the mullahs’ regime ruling Iran in cooperation with China. 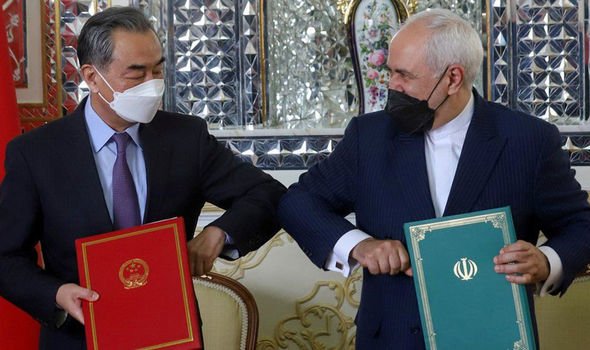 He also tweeted photos of Iranian protesting the deal with China, holding signs reading ‘Iran is not for sale’.

Viewers of the chilling video claim that similar incidents are happening with other Belt & Road partners in West Africa.

One person tweeted: “This is what China doesn’t want the world to see.”

Another remarked: “China is draining the sea of fish off Oman and off the coast of Iran as they have done in other parts of the world.

“This can affect fishing throughout the Gulf and the Indian Ocean — and beyond.”