Ukrainians are hoping the Chernobyl site will become “a zone of development and revival” – 35 years after the world’s worst nuclear accident spilled radioactive material high into the atmosphere.

On 26 April 1986, reactor number four at the power plant, which is 65 miles north of the capital Kiev, exploded and caught fire.

Although the nearby town of Pripyat was evacuated, the two million residents of Kiev were not told of what had happened despite the fallout danger. The world learned of the disaster only after heightened radiation was detected in Sweden.

Nearly four decades on, vegetation and decay has taken over much of the surrounding area, including Pripyat where there are plans to improve the town to try to encourage more tourism.

“This is a place of tragedy and memory, but it is also a place where you can see how a person can overcome the consequences of a global catastrophe,” said Bohdan Borukhovskyi, Ukraine‘s deputy environment minister.

“We want a new narrative to appear – it was not a zone of exclusion, but a zone of development and revival.

“This is an area of meditation and reflection, an area where you can see the impact of human error, but you can also see the human heroism that corrects it.” The Chernobyl plant is out of service and all four of its reactors are due to be dismantled by 2064.

Although the radiation level in the zone is low enough to allow tourists to visit and workers to carry out their jobs, permanent residence is banned. 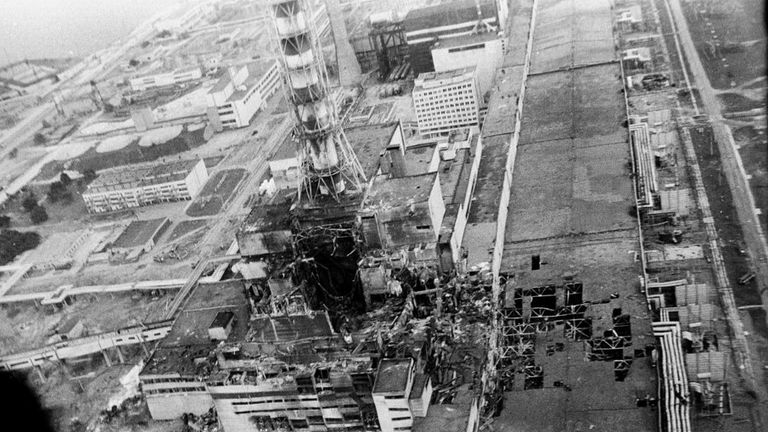 However, more than 100 people still live in the zone that extends 18 miles around the nuclear power plant, despite orders to leave the site.

Among them is 85-year-old former teacher Yevgeny Markevich, who said: “It’s a great happiness to live at home, but it’s sad that it’s not as it used to be.” He grows potatoes and cucumbers on his garden plot, which he takes for tests “in order to partially protect myself”.

Ukrainian authorities are calling for the exclusion zone to be included in the UNESCO World Heritage List, since the site is a unique place “of interest to all mankind”.

Ceremonies are being held to remember the disaster. The official number of dead stands at 31, although it is estimated thousands more died from radiation-related illnesses as a result of the explosion.