Chelsea, 40, is the daughter of former US President Bill Clinton and former First Lady Hillary Clinton, who also served as Secretary of State in the Obama administration and was the Democratic presidential candidate in 2016. Ivanka, 38, is the daughter of current US President Donald Trump and is a senior adviser in his administration. This has led to her being dubbed the First Daughter because it is unprecedented for a child of a president to be appointed to such an important position.

Chelsea and Ivanka were friends for years before Mr Trump was elected ‒ even during the campaign of 2016, which at times got very personal.

However, Ivanka told Fox News’ On the Record, that their friendship had never been about politics.

She said: “We support each other. We are not the candidates. We are the children of the candidates, and we both respect our parents. 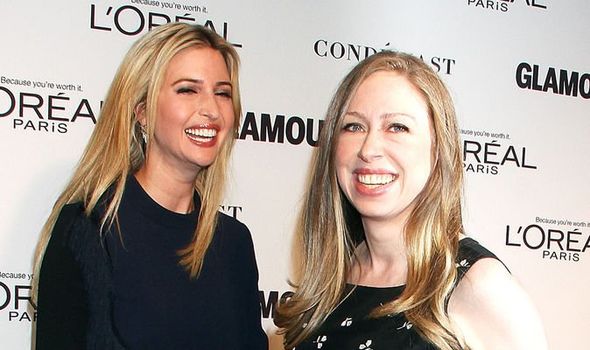 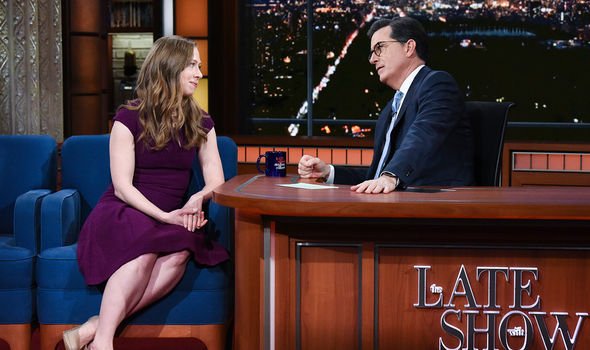 “We never talked about politics before this campaign, and I think it’s probably a good topic for us to avoid talking about now as well.”

She said that they would “absolutely” remain friends after the campaign.

However, the pair apparently fell out after Mr Trump’s election.

Other than attending George HW Bush’s funeral in November 2018, the pair have not been seen out together since Chelsea publicly criticised her friend in March that year. 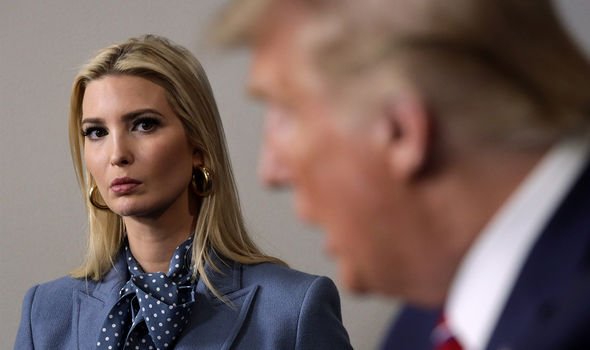 Chelsea branded the Trump administration a “collision of cruelty and incompetence”, before going on to insist that Ivanka, in her position as a senior adviser, is fair game for criticism.

Chelsea told Mr Colbert: “I think anyone that works for the President certainly should expect to be scrutinised on, not only the decisions she or he is making but also the decisions the White House is making on any given day.”

When asked whether they were still friends, Chelsea said: “I have not spoken to her in a long time.

“It is clear that she has supported policies and decisions that I don’t agree with and I have been very vocal in my opposition to Donald Trump.” 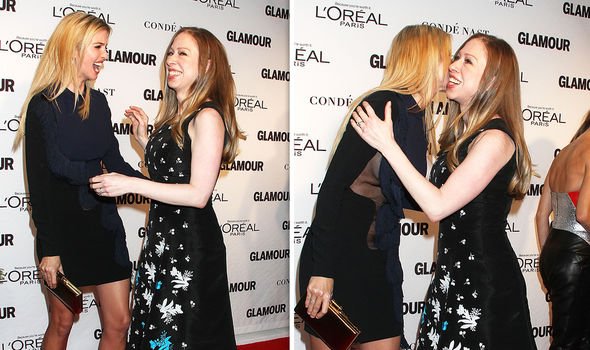 Then, in May 2018, Chelsea again spoke out against her former friend in an interview with The Guardian.

She claimed that she feels no sympathy for Ivanka as a fellow child of a President.

She pointed out that they are not in the same position, because Chelsea was under 18 for most of her father’s presidency and has never defended policies she disagreed within her mother’s campaigns.

Meanwhile, Ivanka is an adult who has chosen to support her father on controversial policies and Chelsea insisted she should be held accountable for that.

Chelsea said: “She’s an adult. She can make the choices for herself.

“I mean, she’s 36. We are responsible for our choices.

“In 2008, I was really proud to support my mum, but I disagreed with her fundamentally on a few things, particularly her then-opposition to equal marriage for LGBTQ Americans.

“I never defended that position, because it wasn’t what I believed was the right thing to do.” 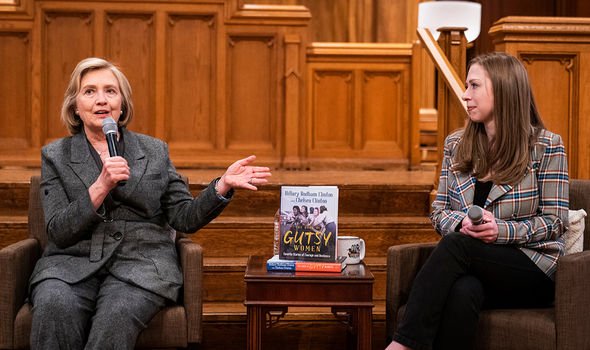 She added that she would never have worked for her mother’s administrations had she been elected and then suggested that some of President Trump’s appointments have not been driven by who is the most qualified for the job.

Asked whether she disapproves of Mr Trump hiring his children, she said: “I do not believe that many of the people that he had hired have been qualified to do their jobs.

“Not only do I want an administration that isn’t venal, corrupt and focused on making life harder for millions of Americans, but I also want a competent administration.”

It is no wonder that the atmosphere appeared to be a little awkward when the seating arrangement at the funeral of Geroge HW Bush in November 2018 placed Chelsea and Ivanka next to each other.

While they were spotted chatting briefly, it was reported that they seemed to be “suppressing” their animosity towards each other.