OTTAWA (BLOOMBERG) – Mr Justin Trudeau’s government criticised the head of Canada’s national pension fund for getting a Covid-19 vaccine in the Middle East as the northern nation struggles to ramp up its domestic immunisation campaign.

“While the CPPIB is an independent organisation, this is very troubling,” Ms Katherine Cuplinskas, a spokesperson for Finance Minister Chrystia Freeland, said by email. “The federal government has been clear with Canadians that now is not the time to travel abroad.”

The finance department was unaware of Mr Machin’s trip, Ms Cuplinskas said, adding further questions should be raised with CPPIB. 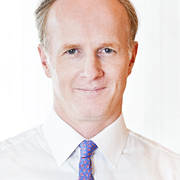 Spokespeople for the Toronto-based fund, which has C$475.7 billion (S$500 billion) in assets under management, didn’t immediately reply to requests for comment Thursday evening.

News of Mr Machin’s trip abroad comes amid criticism over the pace of Canada’s vaccine rollout, which is slowest among Group of Seven countries except Japan.

Despite securing more doses per capita than any other nation, Canadian public health authorities have given shots to just 4.5 per cent of the population, compared to 29 per cent in the UK and 20.6 per cent in the US, according to Bloomberg’s vaccine tracker.

With vaccine deliveries now accelerating after delays caused in part by export controls in the European Union and the US decision to devote all of its doses to its own citizens, Mr Trudeau maintains that every Canadian will be inoculated by the end of September.