OTTAWA (Reuters) – Canada’s coronavirus death toll is set to soar from the current 435 to as high as 22,000 by the end of the pandemic, health officials said on Thursday, while the economy lost a record 1 million jobs last month. 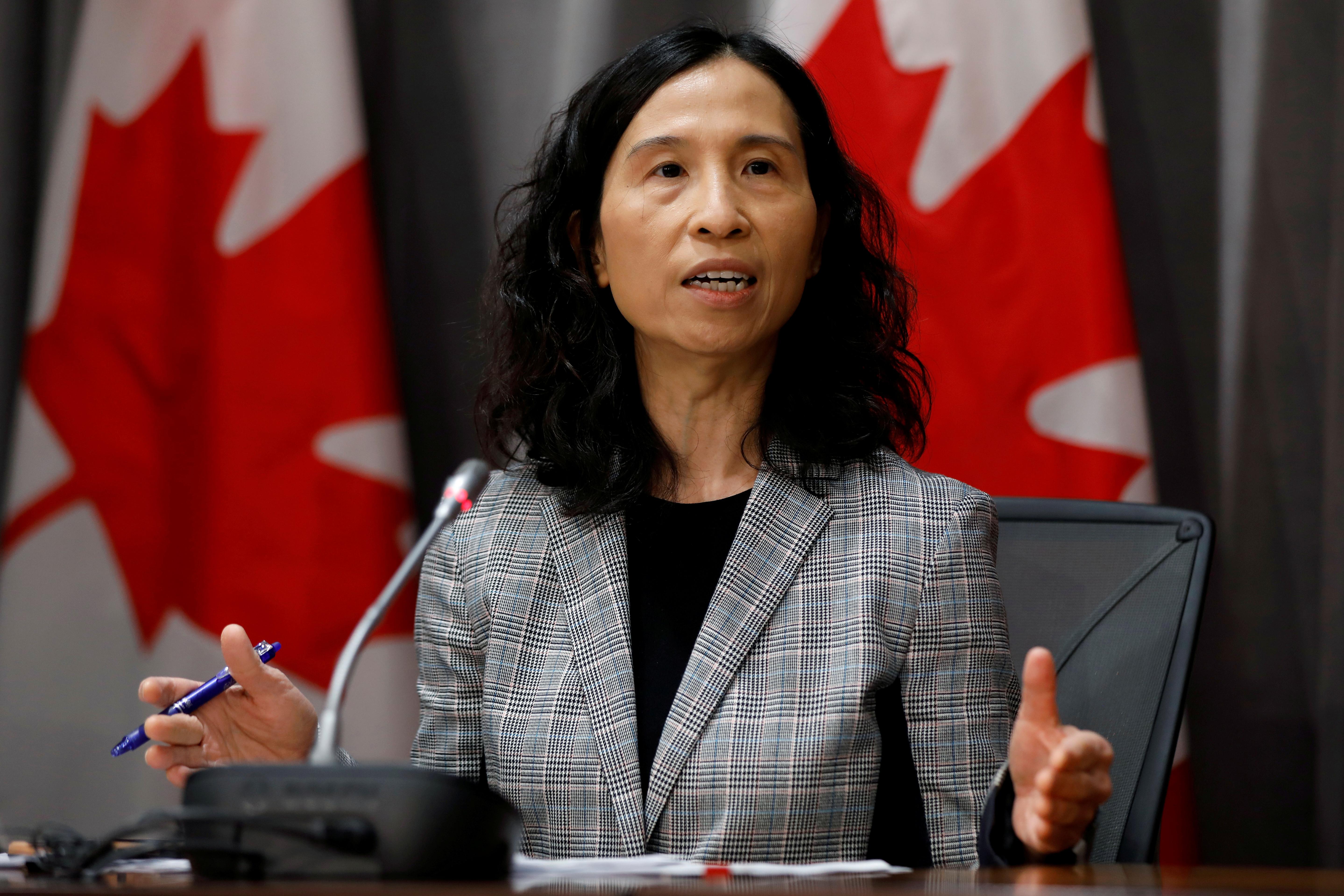 Officials outlined the two most likely scenarios, showing that between 11,000 and 22,000 people would die. The total number of positive diagnoses of COVID-19, the respiratory illness caused by the novel coronavirus, ranged from 934,000 to 1.9 million.

The officials said they expected between 500 and 700 people in Canada to die from the coronavirus by April 16. There have been 18,447 positive diagnoses so far.

“Models are not a crystal ball,” Theresa Tam, Canada’s chief public health officer, told a briefing, saying it was too early to predict when the peak would be.

Tam said it was crucial that people continued to obey instructions to stay at home as much as possible.

“While some of the numbers released today may seem stark, Canada’s modeling demonstrates that the country still has an opportunity to control the epidemic,” she said.

“We cannot prevent every death but we must prevent all the deaths that we can.”

Local governments across Canada have ordered non-essential businesses shut to combat the spread of the coronavirus, throwing millions out of work.

Canada lost a record-breaking 1 million jobs in March while the unemployment rate soared to 7.8%, Statistics Canada said on Thursday, adding that the figures did not reflect the real toll.

“Sticker shock for sure. This was about as bad as it could be,” said Derek Holt, vice president of capital markets economics at Scotiabank.

More than 5 million Canadians had applied for all forms of federal emergency unemployment help since March 15, government data showed on Thursday, suggesting the real jobless rate is closer to 25%.

Prime Minister Justin Trudeau’s Liberal government has so far announced a range of measures to help businesses that total around C$110 billion ($78.3 billion) in direct spending, or 5% of gross domestic product.