SAN LUCAS MOUNTAINS, Colombia (Reuters) – In a clearing around his modest smallholding, farmer Arcadio Barajas stands before a sea of coffee plants, cloaked in the shadow cast by a wall of verdant forest that covers the San Lucas mountains of northern Colombia. 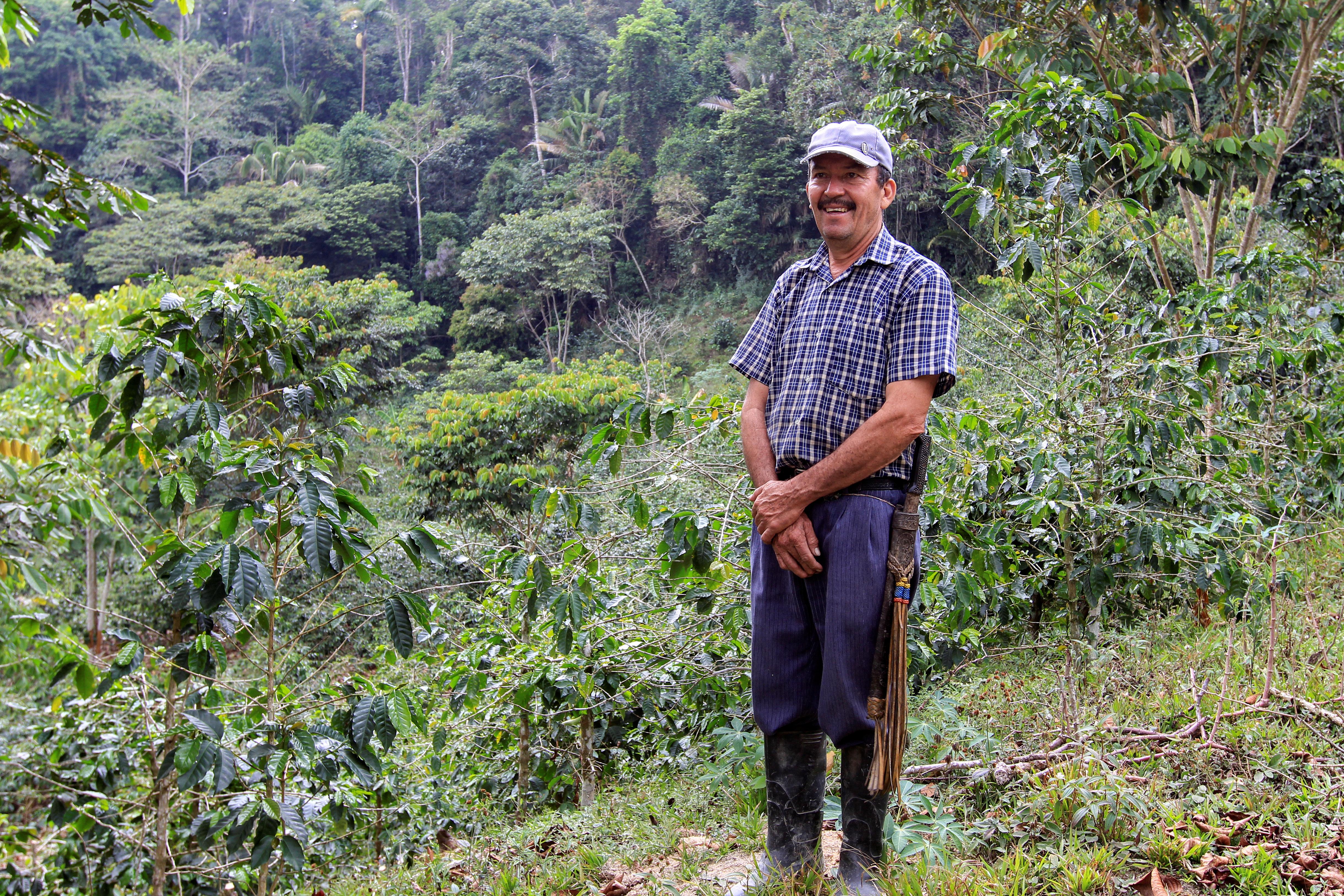 The San Lucas range is one of the most unexplored places in this South American nation, which is the world’s second most biodiverse country after neighboring Brazil. From its towering Andean peaks to its tropical islands and dense Amazon rainforest, Colombia is home to over 50,000 recorded species of animals and plants.

Deforestation spiked after Colombia signed a peace deal in 2016 with its largest rebel group, the Revolutionary Armed Forces of Colombia (FARC), as swathes of land became more accessible. Government data shows that in 2017, almost 220,000 hectares (543,620 acres) of forest were destroyed, compared with around 124,000 hectares (306,400 acres)in 2015.

The dense forests of San Lucas are a haven for rare predators like ocelots, pumas and spectacled bears – one of the region’s most endangered species – and serve as a crossroads in migratory corridors used by jaguars, whose range stretches from Argentina to Mexico.

Yet this ecosystem is threatened by mining and drug cultivation. Not long ago, crops of coca, the chief ingredient in cocaine, were rooted where Barajas’ coffee plants grow.

Now, Colombian environmental group WebConserva is leading a first-of-its kind project bringing together farmers in San Lucas and roasters across Colombia to produce coffee from plantations that build protective borders around forests to shield the biodiversity within.

So far the project includes 10 families farming some 400 hectares (988 acres) of coffee, which the environmental group covers at a cost of around $77,000 a year. WebConserva hopes eventually to include 200 families, which could protect 20,000 hectares (49,420 acres) or more of virgin forest.

In San Lucas, where Barajas is among the participants, newly planted coffee fields establish a barrier between wild predators and cattle farms, lessening the chance for conflict over cattle.

A religious man, Barajas says tearing down the forest to plant coca and killing wildlife went against his faith but he – like his neighbors – was desperate for money. Now, he feels that growing coffee lets him be a good steward of his land.

“I’m taking care of the environment, the forest and the animals, so that I don’t end up ruined as well,” he said.

Globally more than 31,000 species are threatened with extinction, according to the Red List by the Switzerland-based International Union for Conservation of Nature, whose members include government and civil society. Of these, some 1,050 species are in Colombia, including 187 considered critically endangered.

In San Lucas, the families pledge not to fell trees to expand their crops or to hunt the animals that depend on the forests for survival. Depending on the quality of the product, they receive around $250 to $300 per 125 kilos (275 pounds) of coffee, an enviable return in a country where prices regularly dip below production costs.

While profitability has improved as the peso has fallen against the dollar in recent months, the government doled out $77 million in aid to coffee farmers last year to help them deal with low prices.

As of 2018, the San Lucas area was still carpeted with thousands of hectares of coca crops, according to the most recent government figures.

Gold mining – which drifts between illegality and informality – and farming continue to drive slash-and-burn practices in the region.

Plumes of smoke rise lazily into the sky from multiple points across the mountain range, signaling fires started to clear more space. At the forest edge, patches of scorched earth serve as ugly reminders of human activity.

For the farmers, the switch to coffee from coca or mining is less profitable. Coca could fetch some $760 per kilo, at a time when low coffee prices caused thousands to abandon the industry.

Many families came to rely on illicit activities to support their children, said Arnobis Romero, a former coca grower and miner.

Like many people here, he turned to coffee amid aerial anti-coca spraying campaigns carried out by the government, which were halted in 2015 under then-President Juan Manuel Santos. But the idea of helping to protect the ecosystem and support from WebConserva boosts morale, Romero said.

“We feel really proud to look after this biodiversity and to leave it… for future generations,” he said.

The South American country has designated some 16% of its land territory – some 18.6 million hectares (46 million acres), an area roughly the size of Washington state – as protected areas, but hundreds of thousands of hectares of land are destroyed each year.

Though activists are campaigning for San Lucas to be protected with a national park designation, the process is slow.

In the meantime, WebConserva director Carlos Valderrama hopes the group’s project can build a new system of sustainable production.

“It protects forests, biodiversity and ecosystems at the same time as (improving) coffee growers’ quality of life,” he said. 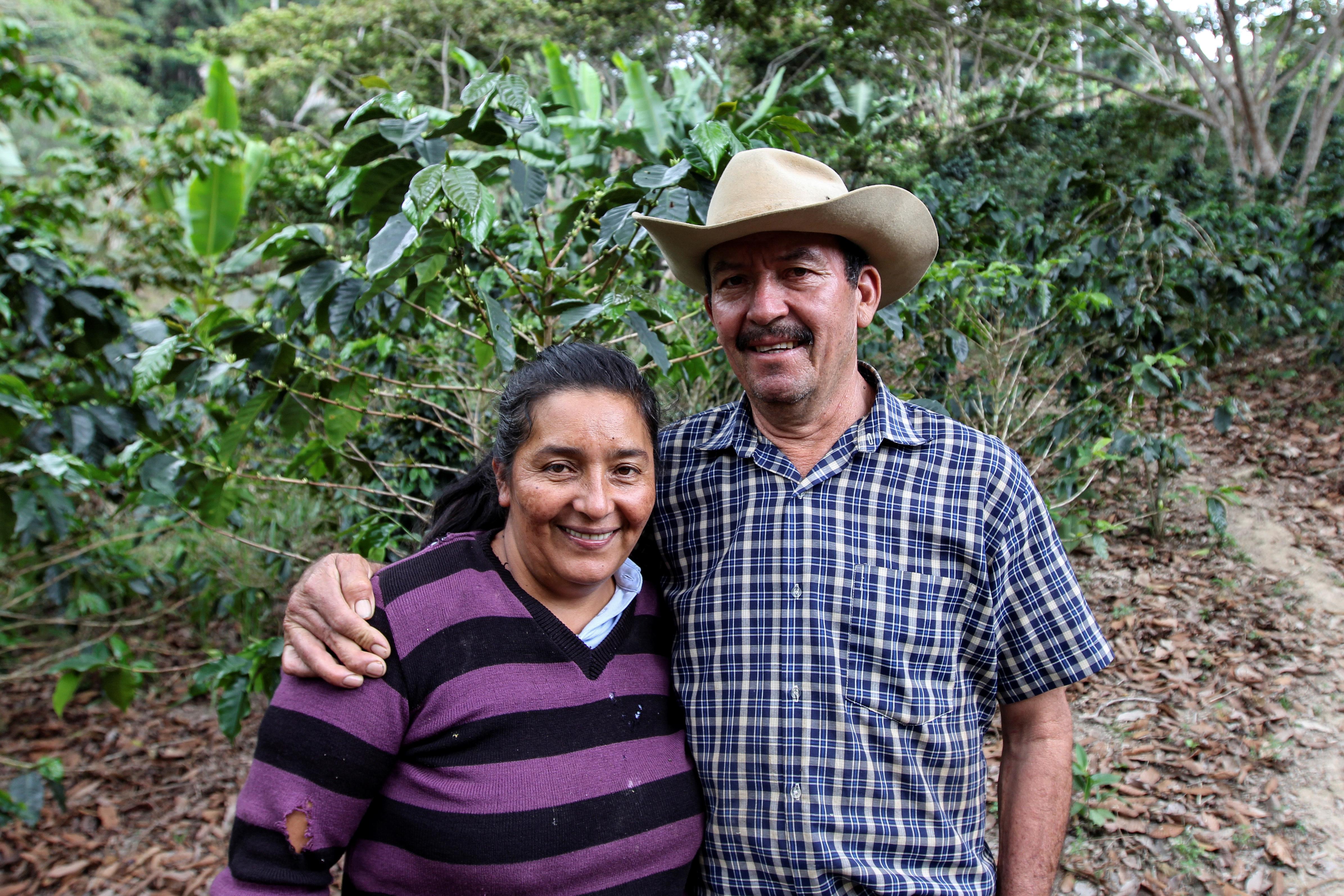 WebConserva, which acts as a go-between for the farmers and roasters, keeps tabs on the wildlife living in the forests with camera traps that take images when motion sensors are triggered.

Coffee farmer Liseth Alfonso, 28, whose kitchen looks out over the forests below, said seeing photos and videos makes her proud.

“Many are close to extinction,” Alfonso said. “It helps us remember we are taking care of these animals.”