HONG KONG (Reuters) – Hong Kong anti-government protesters queued outside businesses that openly support the democracy movement on Friday, a show of support for “yellow” restaurants and cafes reeling from the twin impact of the coronavirus crisis and months of demonstrations. 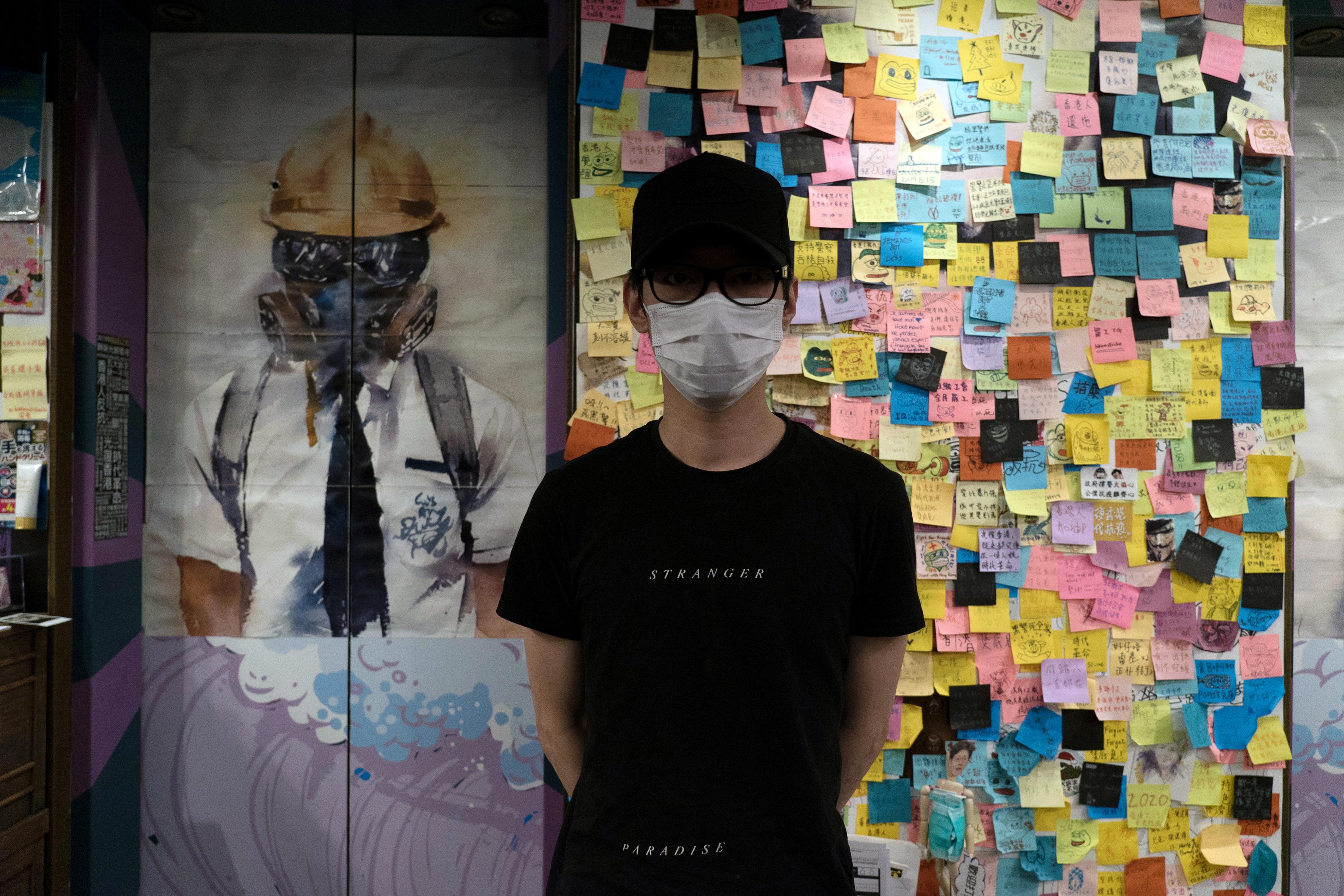 While small businesses are bearing the brunt of the economic downturn in a city where rents are among the highest in the world, pro-democracy activists are providing a lifeline to so-called “yellow” companies, or those that back the movement.

Long lines formed at many restaurants and cafes, snaking out onto streets thanks to an online campaign dubbed “Hongkonger’s 5.1 Golden Week” that called on people to visit yellow businesses over the long May Day weekend.

“This week is a great motivation for us to further strengthen the yellow economic circle. We need to keep resisting even though the crackdown is getting harder and harder,” said Miki Chan, 25, who works in the education sector.

Activists say they are fighting against the erosion of the “one country, two systems” style of governance that guarantees broad freedoms for Hong Kong since its return to Chinese rule in 1997.

The central government rejects criticism that Beijing is encroaching on the city’s much-cherished freedoms.

Flash protests that organisers had called for did not materialise on Friday, although riot police patrolled districts in large numbers.

The “yellow” promotion comes at a time when mainland Chinese traditionally flock to the city, providing a boost to retailers. But most are staying at home due to travel restrictions adopted to curb the spread of the coronavirus.

Hong Kong is gradually easing lockdown measures, with some civil servants returning to work from Monday.

A ban on gatherings of more than four people remains in place, but some flout the rules on public holidays and weekends. Restaurants are required to operate at half their capacity and set tables at least 1.5 meters (5 feet) apart.

Organisers said more than 2,300 businesses, including retailers, restaurants and wedding shops, joined the action and offered discounts to pro-democracy protesters.

The “yellow economic circle”, which contrasts with “blue” businesses, or those deemed pro-government, is seen as a way for people to support the protest movement through peaceful means.

At Mainichi restaurant in the bustling working class district of Mong Kok, sales had plunged 70% since the outbreak of the coronavirus, but business was booming this week thanks to yellow circle promotions.

Mary Ma, 25, who was dining at Mainichi’s where colorful Post-it notes of support for the movement covered one wall, said it was a great way to maintain support.

“We might not be able to come out and protest every day due to the pandemic, but supporting yellow shops in our daily life is something everyone can do – it’s a way to revolutionise our daily life,” said Ma.

Mainichi’s owner Chong, 35, formed a group called “Small Mong Kok Alliance” with yellow shops nearby and he offers his customers a yellow discount card to shop at members’ outlets. 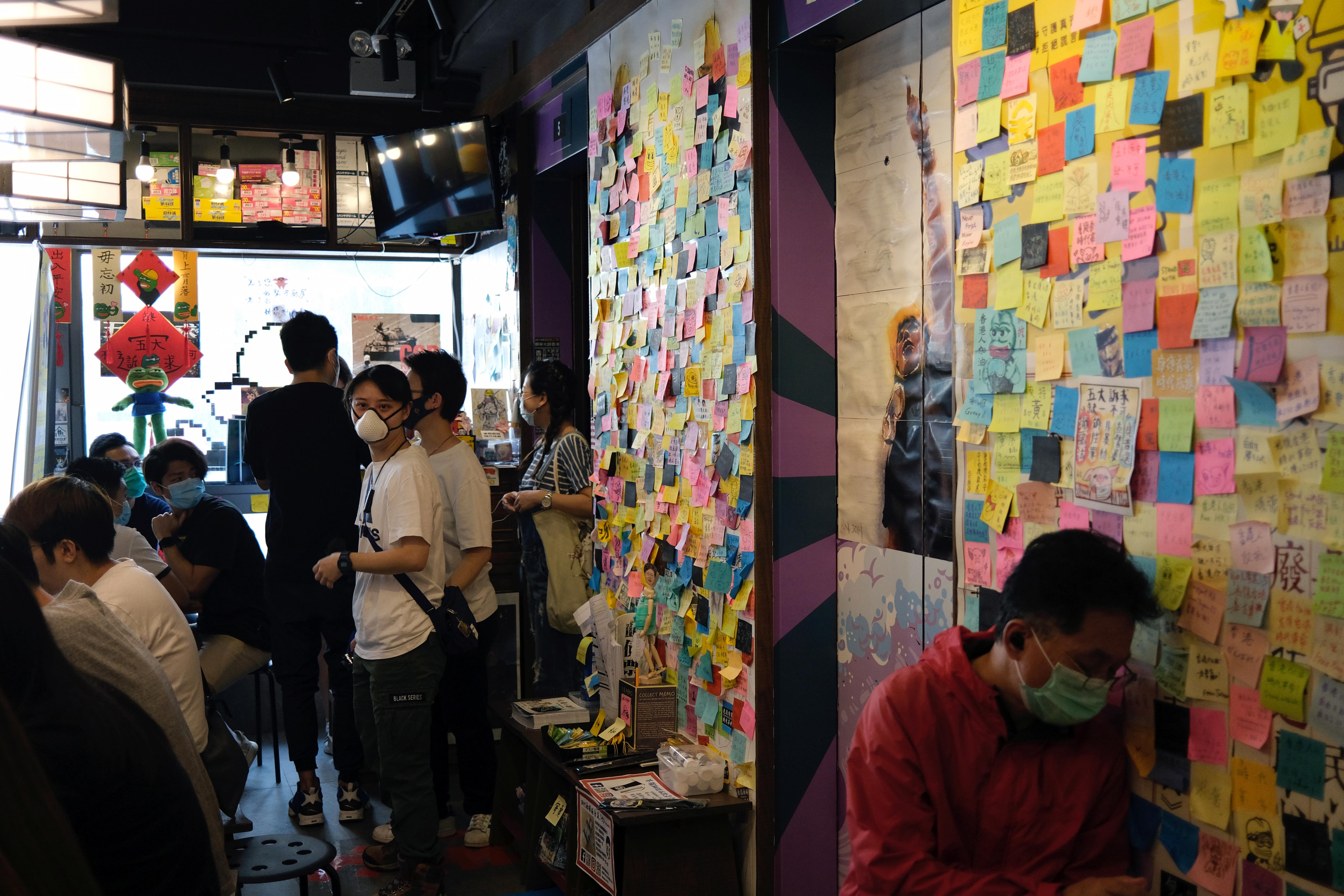 “I have seen many young people come out and make sacrifices for Hong Kong’s future. My restaurant is also part of the society, I want to make use of it to support the demands of the students. Their demands are also my demands,” Chong said.

Ka Yung, 21, co-owner of a boutique shop called Freeland and also a member of the alliance, said she hoped to strengthen the circle by forming tie-ups with other yellow shops.

“No one can earn all the money himself. I would rather let shops with similar political views share the market than let the blue shops earn money,” she said.