Further south, Durham shivered at -7C, York had -6C and Manchester and Carlisle braved -4C. Meanwhile, -5C was recorded in London, Sheffield and Powys. The evidence of the cold snap wrought by Storm Darcy could be seen yesterday with giant icicles at caves near Buxton, Derbys. And the moat at Leeds Castle, Kent, froze solid. 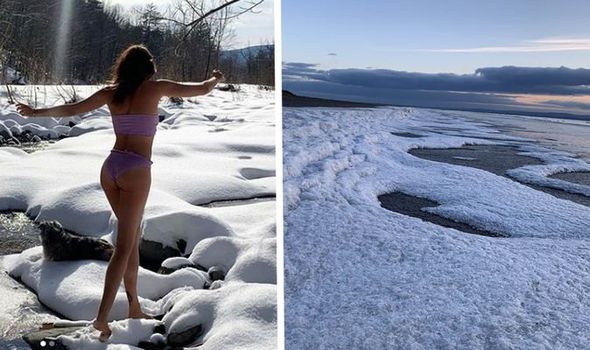 Hardy souls made the most of it, surfing and building with the snow.

Across the pond, supermodel Helena Christensen, topped that with her mission to find an ice hole to dip in near her home in the Catskills, New York.

She said: “Health benefits are huge…I love it!”

But a driver using an “ice hole” in their snowy windscreen here was stopped by Dundee police and charged with dangerous driving. 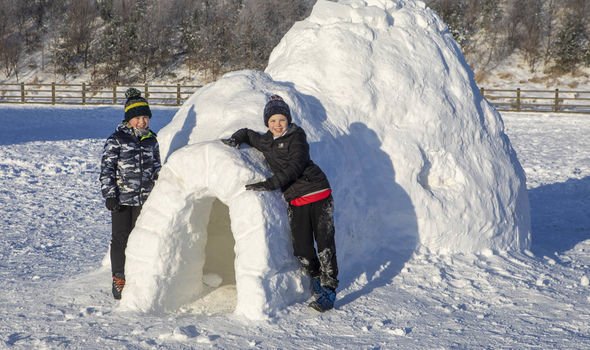 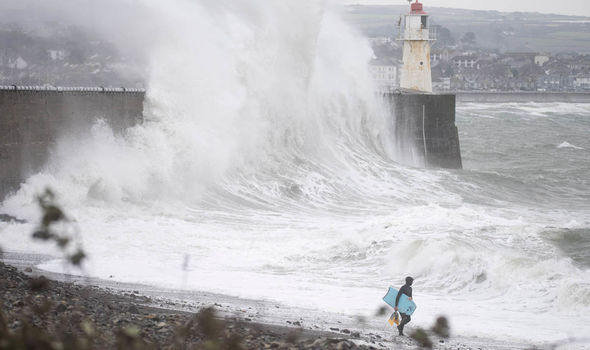 Temperatures are slowly rising but the Environment Agency warned of inevitable flooding when the snow thaws.

It said nine areas were likely to flood, while a further 88 were put on alert.

The Met Office also raised the alarm with its forecasts.

It predicted “quite hazardous” conditions today and over the weekend as cloud and rain clash with bitingly cold air. That could bring more snow and freezing rain.

Forecasters say snow will be seen mainly in the East tomorrow, before slightly warmer weather is expected to arrive on Sunday. The country is tipped to climb to double figures next week.