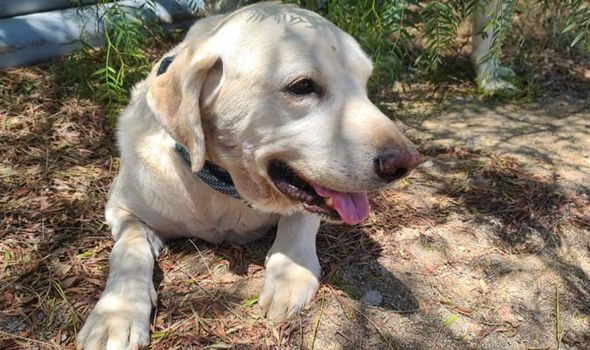 Alex Loredo, 18, was bringing the washing in at his family home in San Diego when he heard rattling coming from under the outside table. He said his “heart just dropped” when he saw the deadly snake waiting.

But before he knew it, his seven-year-old Labrador, Marley, had come to the rescue.

Mr Loredo told NBC San Diego: “Before I could even turn, Marley had run out the door, pushed me out of the way, and gotten in between the snake and me.

“My heart just dropped. My first thought was, ‘Oh no, I’m going to lose my best friend.”

The snake sunk its fangs into Marley’s tongue and neck and then fled. 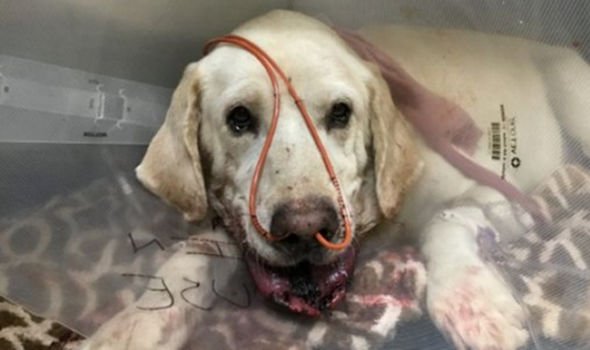 Rattlesnakes are venomous and the Animal Medical Center of Southern California says dogs are 25 times more likely to be killed by a bite than humans.

Distraught, Mr Loredo quickly sought medical help and had to drive 25 minutes to a pet hospital that had anti-venom medication.

He said: “It was complete panic. My heart was racing, and I didn’t know what was going to happen next. To be completely honest, I thought he was just going to die in the car. 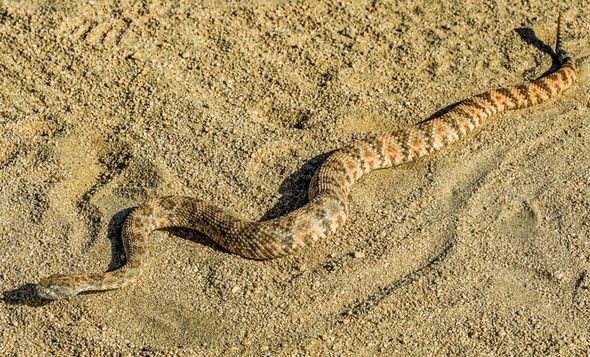 “I was so scared and tried to keep my cool and think fast because time was not on our side. I was able to call ahead of time to check him in and the technicians were there waiting for us.

“This was the most horrifying moment of my life, not knowing if my best friend was going to make it through.”

Marley was kept at the hospital for two nights and suffered nerve damage in his tongue and jaw. He is currently on medication as well as having regular therapy which is helping him recover.

Since the attack, Mr Loredo has set up a GoFundMe that has raised over $12,000 to help pay for the medical bills after the incident drained his savings.