BBC meteorologist Matt Taylor warned that across western Europe, temperatures are set to drop over the next few days. The weather presenter noted that rain will start to become a bit more abundant too. The weather front to the north of the UK and Ireland will bring the change, pushing its way southwards as we go through Tuesday night into Wednesday.

Mr Taylor told viewers: “The rain will merely be across the UK and Ireland to begin with.

“But as colder air starts to push its way southwards, it will interact with the warmth we’ve seen across France, Spain and Portugal over the last few days.

“We could see some severe storms later on Wednesday.

“There’ll be a few showers and thunderstorms through the Alps and into the Balkans.” 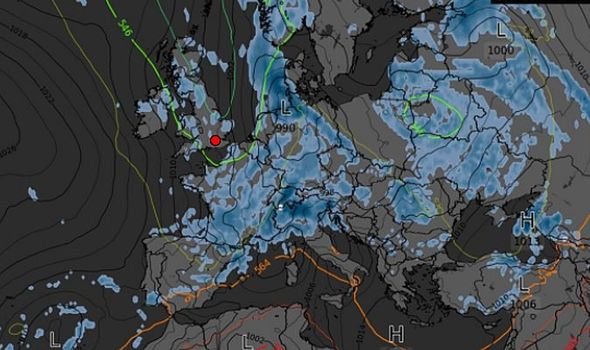 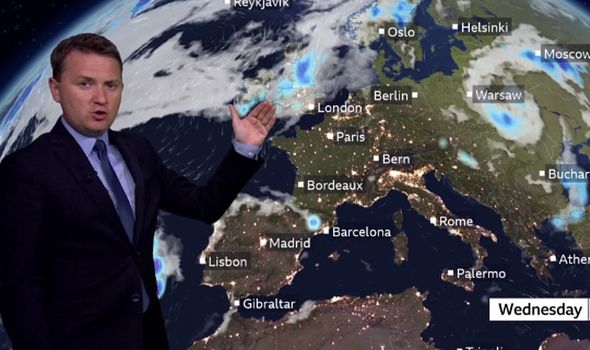 He continued: “But it will brighten up much more in the way of drier, warmer weather through the eastern Mediterranean.

“Some of the coolest conditions are across parts of Ukraine, eastern Poland, Belarus, the Baltic states and western Russia with outbreaks of rain.

“It has been very warm as well through Scandinavia, although change is one the way here.

“There’ll only be a few showers through parts of Germany.” 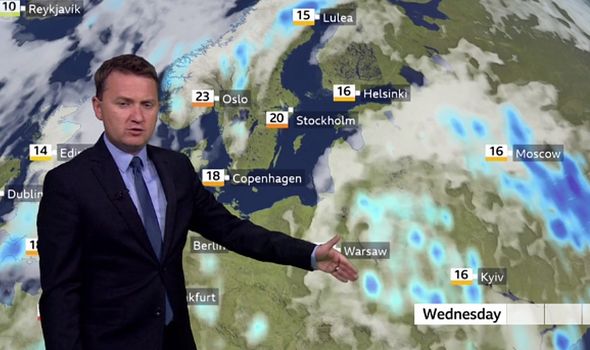 The BBC presenter added: “But there’ll be some heavy thundery downpours through southern France and northern parts of Spain.

“They could cause flash flooding, and the rain becomes more widespread, and even heavier as we go through into Thursday.

“Across the central swathe of Europe there could be some flash flooding in one or two spots.” 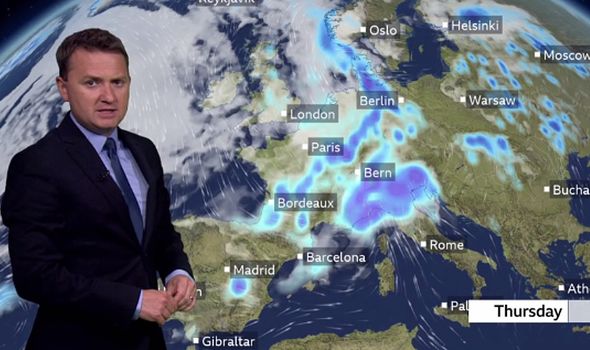 Mr Taylor said: “Colder air will start to push its way in with temperatures dropping for all.

“Whereas further east, the showers will clear and temperatures are on the rise.

“London and Paris are set to see some rain with temperatures back down into the teens instead of the upper 20s.

“We could still see some downpours in Madrid and Rome as we go through the days ahead, some sunnier moments too.

“Showers will ease in Berlin by the weekend with the heat building in Athens and across Greece.”