BBC Weather: Europe to be hit by stormy conditions

BBC Weather forecaster Helen Willetts warned of severe weather across Europe over the coming days. She noted that the continent would see flooding, snow, severe gales, and heavy rain. Orange warnings have been issued for Italy as they experience thunderstorms and heavy rain.

“We are expecting a spell of gales or severe gale force winds in the coming few days.

“The first wave is coming in on Tuesday night, the second one is coming in as a deeper area of low pressure with even stronger winds.”

The BBC Weather forecaster noted that throughout the rest of Europe there would also be stormy weather. 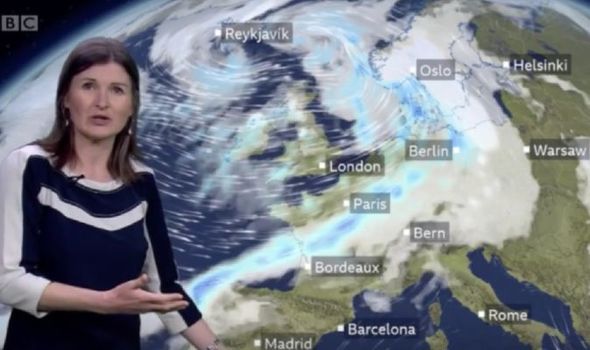 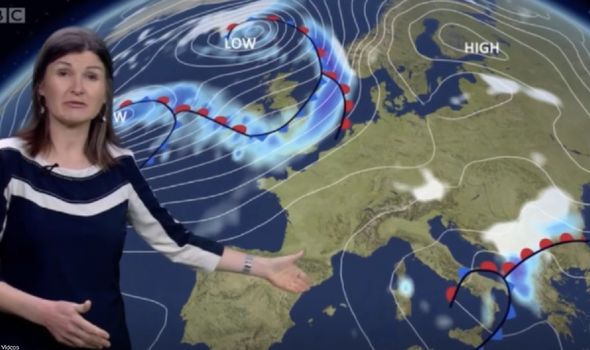 She noted that parts of western Europe would experience flooding while central parts can expect heavy rain and thunderstorms.

She continued: “This low-pressure further south is giving a lot of wet weather through the central Mediterranean.

“There will be some flash flooding across southern Spain.

“There will be orange warnings issue out from Tuesday through parts of Italy and the Balkans. 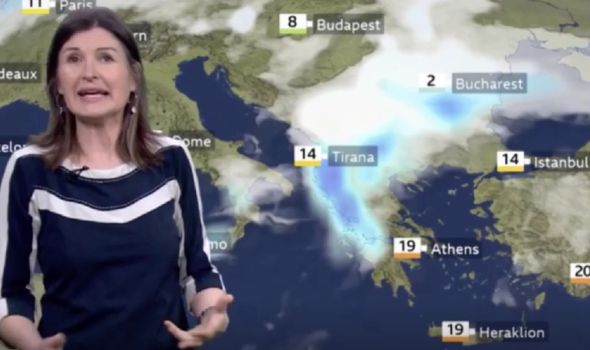 “This will be persisting through the Balkans down towards Greece on Wednesday, spiralling further southwards.

“What is interesting about this is it is pulling down much colder air having been quite mild last week.

“It turns much colder through Finland, Scandinavia and the Balkans. 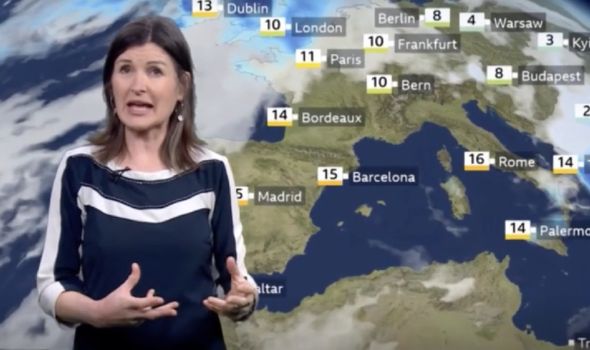 “We can expect some fairly significant mountain snow here and heavy rains at lower levels.

“We can also expect some more flash flooding on Thursday, the same system that has been impacting southern Spain.

“So by Thursday, we have got some of the strongest winds barreling in across the UK and then into Scandinavia.

“This will be accompanied by heavy rain and snow, certainly over the hills.”