BBC meteorologist Louise Lear told Breakfast viewers the weather was looking the same as last week in terms of being pretty dry and quiet. She noted that there is a chilly start in parts of Scotland, where in parts of Aberdeenshire, it’s down to minus six this morning. The presenter also forecast that an easterly breeze could be a bit of a nuisance at times making it just that little bit chillier.

Ms Lear said: “But that easterly wind is actually our friend today because if you’ve got some cloud around at the moment across England and Wales, that breeze will help to shift that cloud further south and west.

“There may be just an odd isolated shower far south east through the afternoon.

“For many it will be fairly straightforward: dry, settled and sunny.

“It will be cooler along the exposed east coast at 12 to 14 degrees.” 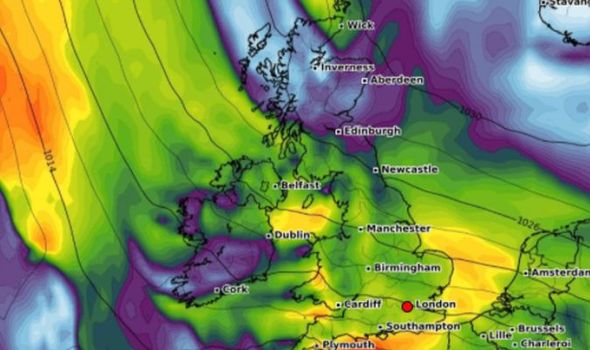 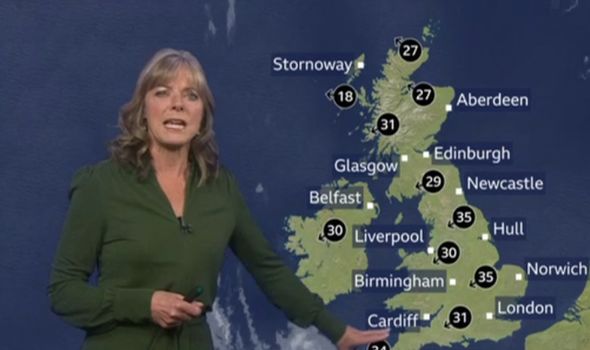 She continued: “Further inland with a little bit of shelter and some sunshine, we could see highs of 18.

“Now as we go through the evening and overnight, those clear skies will allow some of the temperatures to fall away.

“Just need to keep a close eye on down through the Channel Isles and maybe into the south west. More cloud and perhaps and few scattered showers here.

“But we could see a chilly start yet again across sheltered areas of Scotland and northern England.” 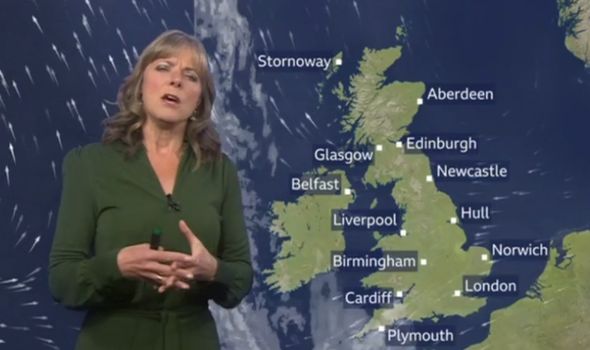 The weather presenter added: “But elsewhere we’re looking at overnight lows of three to eight degrees.

“So the high pressure hasn’t really moved very far very fast. So as we push into Monday, we’ve still got that high with us.

“A few isobars just the south of that high mean the winds will be quite a feature Monday into Tuesday.” 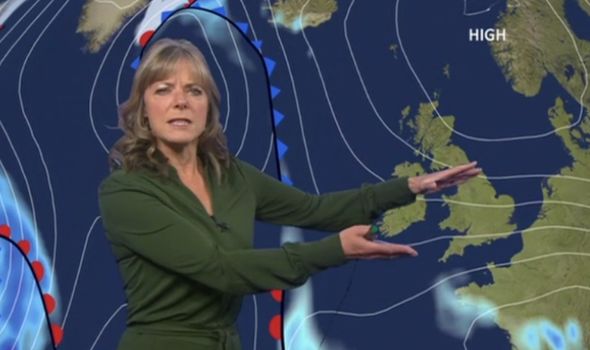 Ms Lear also told viewers: “That’s certainly worth bearing in mind if you’re heading out for a brief spell of exercise, particularly on those exposed coasts. We’re likely to see gusts of winds potentially in excess of 30mph.

“There’s still the potential risk of some sharp showers close to the Channel Isles and into the south west.

“But generally speaking, it will be dry, settled and sunny, if not pretty windy.

“In terms of the feel of things, we’re likely to see temperatures at 10 to 19 degrees as an overall high.

“As we move into next week, we’re likely to see those temperatures at 22 degrees.”