BBC Weather forecaster Ben Rich warned of heavy thunderstorms and snow for some parts of Europe. Central parts of Europe are expecting to see the worst of the conditions with heavy rain to lash the region. Temperatures around this part of the continent will largely range from 13C to 20C.

Mr Rich said: “It has been a rather cool start to the week for large parts of Europe.

“For much of the continent temperatures will remain slightly below average for the time of year for the next few days.

“There will also be some unsettled weather around us as well.”

The BBC Weather forecaster noted the wettest and most unsettled weather would be seen in central Europe. 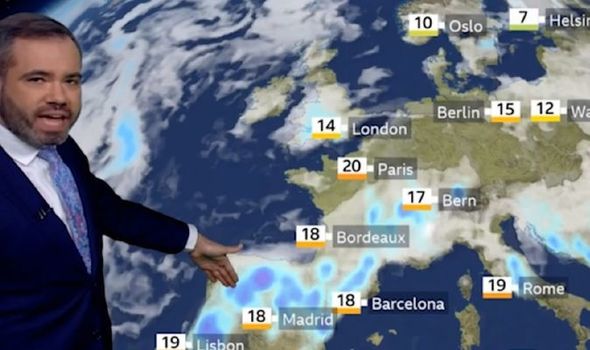 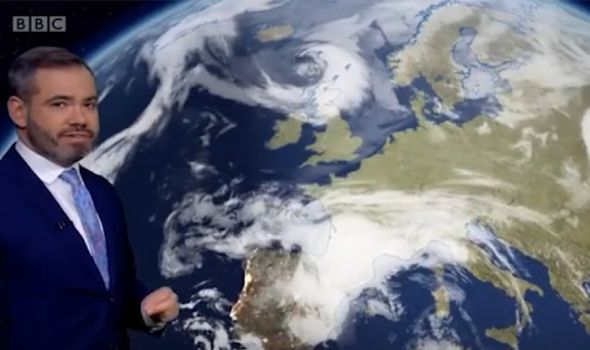 He continued: “You can see all of this cloud pushing out of Iberia into Southern France, extending into Italy as well.

“Through Monday night into Tuesday, there will be some outbreaks of rain here.

“On the northern flank of that weather system as it bumps into some cold air I think we will see a top-up of snow.

“This is especially true of the highest mountains in the Alps. 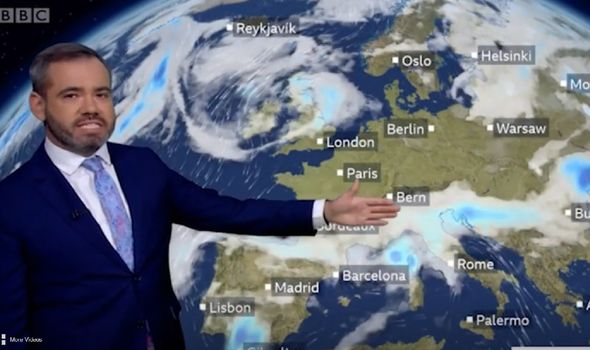 “On Tuesday afternoon it is still unsettled for northern Italy, southern France and parts of Spain.

“There will be some heavy thundery downpours but the northern half of France and southern Germany largely dry.”

Regarding temperatures, Mr Rich said: “You can see across northern parts of Europe there are quite low temperatures for the time of year. 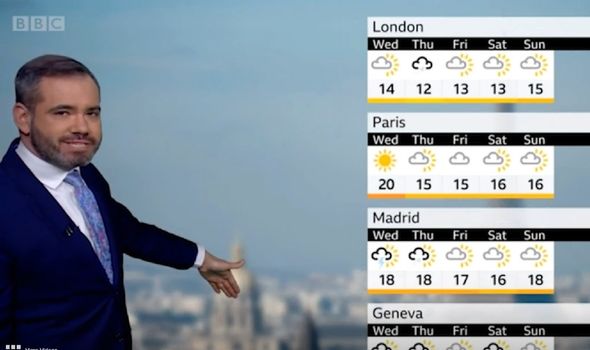 “One exception to the cool feel is down to the southeast.

“Temperatures across Greece, Turkey and Cyprus are going to be heading upwards over the coming days.

“Plenty of warm sunshine to come across southeastern Europe during Wednesday.”