The UK will become the coldest country in Europe in the next day according to the latest BBC weather forecast. BBC meteorologist Matt Taylor warned that the UK will experience snow flurries and sleet across the country today, as Arctic winds take their toll. This will see the UK become 5C colder than it usually is for this time of year, and become “one of the coldest spots across Europe”.

Taylor explained: “It is British Summer Time but in name only.

“It will feel like winter for most of you today, with some snow flurries and sleet across several regions in the UK.”

The BBC meteorologist pointed to a chart showing differences to the average temperature for this time of year.

The UK stood out as one of the few regions colder than average, as Taylor issued a shock weather warning to Britons.

JUST IN: BBC Weather: METRE OF SNOW to freeze Europe as arctic air plunges in 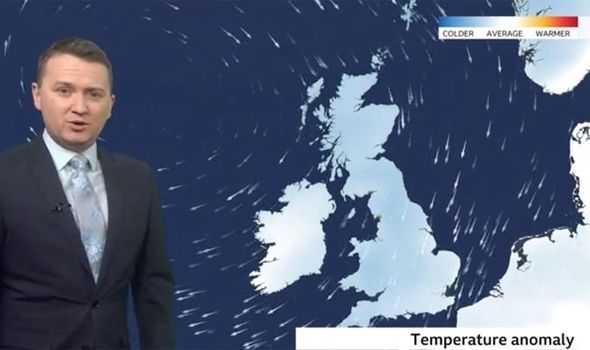 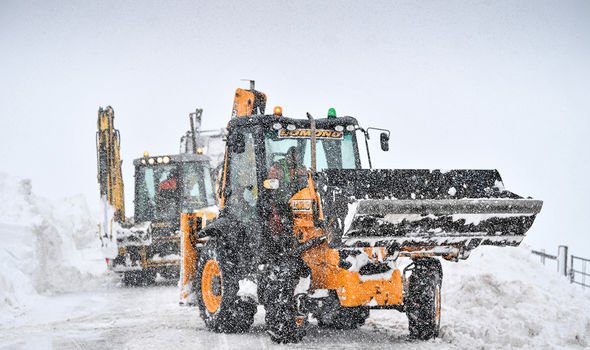 He said: “We have some of the coldest spots at the moment across Europe, compared to where we should be.

“We are 5C lower than normal and that is thanks to the cold winds coming from the North, originating from the Greenland and Arctic.

“You have already had some sleet and snow showers across the north-east regions today.

“We also have wind gusts. If you are out for exercise in your local area today, it will feel chilly in that wind, particularly for England and Wales where it could touch gale-force at time. 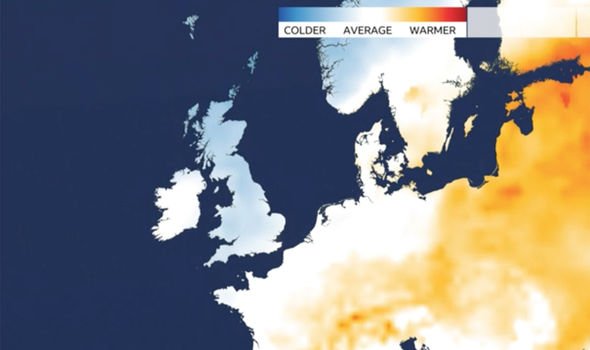 “The wind chill will see temperatures like 7C or 8C feel more like 1C or 2C. There is a definite feel of winter in the air.

“It is going to be another chilly night overnight, with a frost developing.

“Even if you stay above freezing, the winds will keep things feel chilly as we move into next week.”

Meghan Markle: The heartbreaking reason why Harry and Meghan rushed last-minute LA move [VIDEO]
End of the EU? Growing fury at ‘repugnant’ response as Italy condemns Brussels as ‘dead’ [VIDEO]
Royal tribute: Did you spot THIS detail in video of Kate Middleton and William’s children? [VIDEO] 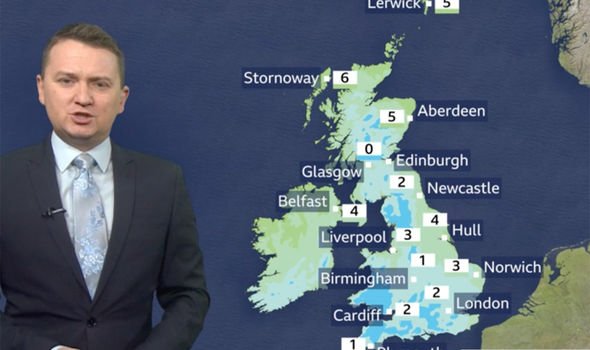 Taylor said that next week will see temperature “lift up a bit but not much”.

He warned that temperatures will struggle to reach double digits next week, and some regions could even see temperatures drop to -5C.

This contrasts with the warmth and sunshine that much of the UK experienced earlier this week.

The Met Office said that “it will be a marked change from the 18 or 19 Celsius we have been seeing in a few spots this week”.