BBC Weather’s Matt Taylor warned new weather systems in the southwest of Europe and southeast would likely see snow and rain. He added, central Europe will have lower temperatures but remain dry with frost filled mornings. He said: “The south of Europe and the far north are most likely to see rain-bearing weather systems over the next few days.

“It will also be cold enough for us to produce some snow.

“We will be seeing that over the high grounds of northeast Spain as we go into Tuesday.

“This area of low pressure will continue to bring lots of clouds and rain.

“There will also be an area of low pressure towards the southeast of Europe. 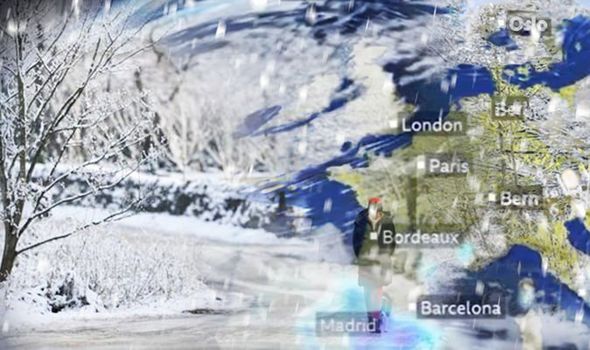 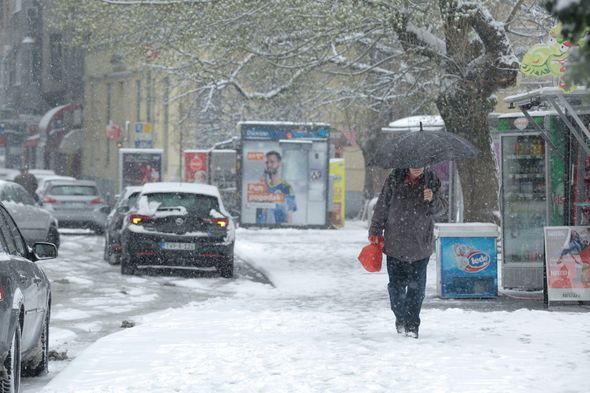 “There will be strong winds across the coast of Croatia and Slovenia with further snowfall across the higher grounds of the Balkans too.”

The BBC Weather forecaster explained that these areas of low pressure would become more extensive as we moved further through the week.

He said: “That is going to sink further southwards as we go through Tuesday night and into Wednesday as it becomes more extensive.

“At the same time, the low pressure in Spain and Portugal will make its way further northwards.” 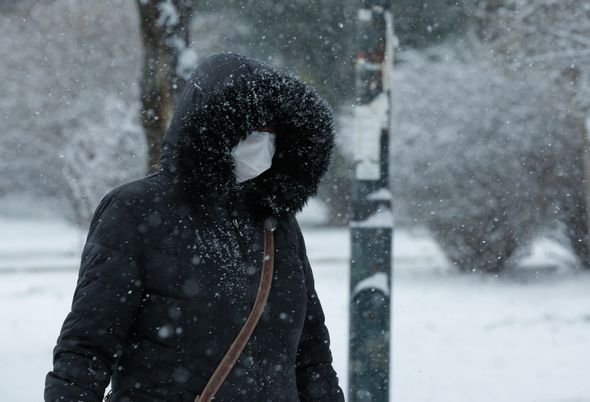 Mr Taylor added that it will remain dry in parts of central Europe but there is a likelihood of frost in the mornings due to lower temperatures.

He said: “Much of France and central Europe will be dry and sunny with some frosty mornings.

“We will continue to see some windy weather across northern parts of Norway and Sweden and bringing snow into the mix too.

“Through the week we will also see a drop in temperature in London and Paris.”

BBC Weather: Snow warning as UK becomes coldest country in Europe [FORECAST]
Moss removal: How to get rid of moss in your garden [EXPLAINED]
Are Britons FINALLY getting the message? Photos show fewer tourists [INSIGHT] 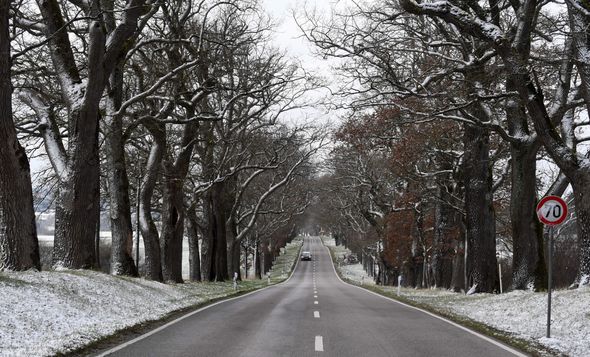 BBC meteorologist Louise Lear also warned Scandinavian nations would see a fall in temperature and more snow over the week.

She said: “As a daytime maximum they’ll be well below the average.

“It’s also going to bring some snow, over a metre of snow is likely in Norway and we’ve got warnings here.

“Snow showers will also head into Germany and Poland.”