Significant snowfall has struck Europe, submerging large swathes of the continent in over a metre of snow. The latest BBC weather forecast showed northern Europe turning “stubbornly cold” as the rest of Europe faces a dramatic drop in temperatures for the rest of April. The BBC’s metereologist Phil Avery also forecast violent thunderstorms across Spain and Italy within the next 24 hours.

This comes as Finland experienced record-breaking snowfall, with its northern and central regions recording at least 125cm of snow according to the Finnish Meteorologist Institute.

BBC meteorologist Darren Bett said: “Europe weather this week is going to be dominated by high pressure that is sitting just in between the British Isles and Scandinavia.

“That blocks other weather fronts coming in from the Atlantic and steers low pressure into southern Europe and the Mediterranean.

“That has provoked some unsettled weather and there is more rain to come as storms move across Spain and Portugal on Sunday towards Italy and into France.” 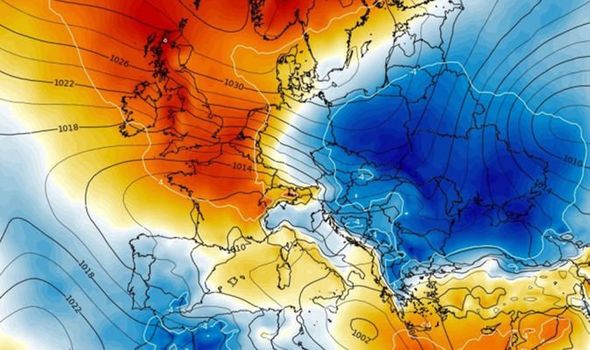 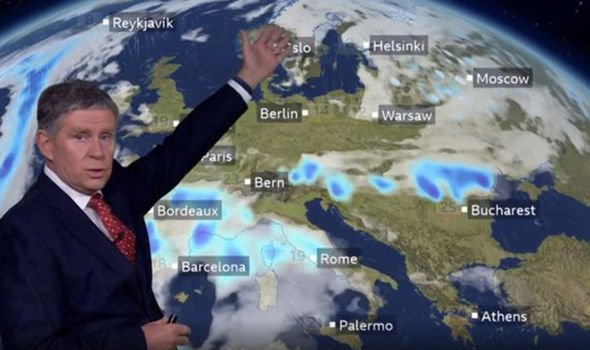 Bett warned that this will unleash “heavy rain, thunderstorms and gusty winds” before adding that much of Europe will experience a “cooling off for the next few days”.

However, the eastern side of the Mediterrean and countries including Bulgaria and Romania could see temperature surge to as high as 25C.

Phil Avery added to this: “There is a big area of high-pressure north of the British isles getting into the southern parts of Scandinavia.

“In the East it is stubbornly cool at the moment with a significant amount of snowfall falling into parts of Finland for example. 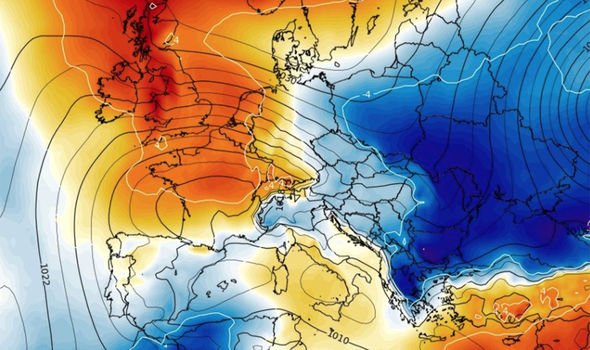 “I’ve heard stories of a metre, a metre and half falling there. This area will remain on the cool side to say the very least.

“Then we have got more unsettled weather in southwestern Europe.There will be a lot of showers and thunderstorms here with some warmth coming up through the western side of Europe.”

He also noted that Spain and Portugal will continue to have unsettled weather as they have done all week. 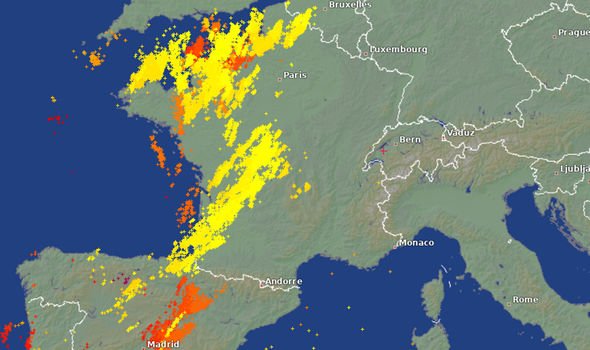 Forecasts for the rest of April see temperatures plunge down to -4C in France and close to -6C in southern Germany.

The UK is at risk of both weather fronts striking Europe right now, as the cool air from Scandinavia threatens freezing temperatures.

The Met Office has predicted that thunderstorms from Northern france will “drift their way into the south of England and Wales overnight”.

Craig Snell, from the Met Office, also warned of temperatures as low as -4C in Scotland this weekend.